You can't go wrong by mixing finely chopped apples with brown sugar and cinnamon and then stuffing that into a crepe. These Apple Cinnamon Crepes are like an apple pie - in a crepe! Delicious crepe filling recipe for homemade regular crepes or homemade gluten free crepes. 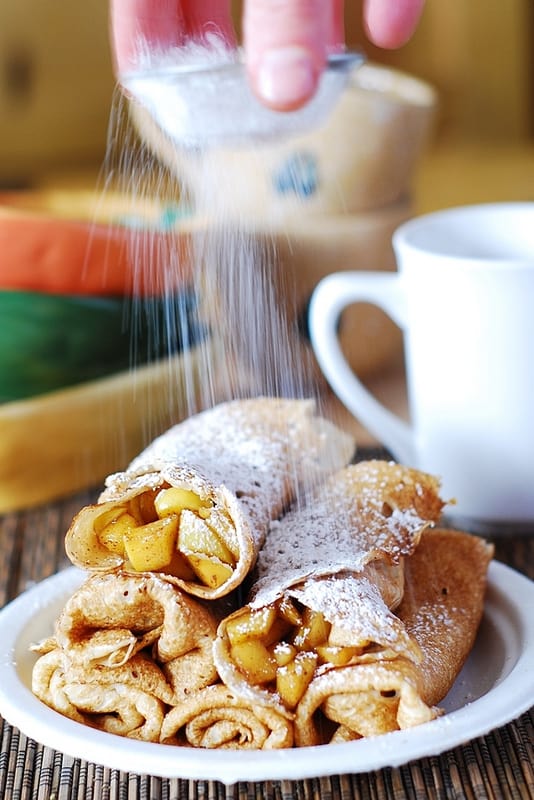 Apple pie has always been one of my most favorite desserts, and I am also addicted to crepes with ricotta cheese filling and honey-roasted pears and to stuffed crepes with blueberries and ricotta cheese . As I was brainstorming the other day about what kind of new filling I should try for the stack of crepes I always seem to have somewhere nearby (perhaps, because I love making them from scratch), I figured I just couldn't go wrong by mixing finely chopped apples with brown sugar and cinnamon and then stuffing that into a crepe. Oh boy! These apple cinnamon crepes turned out so good! Just take a look at this photo: 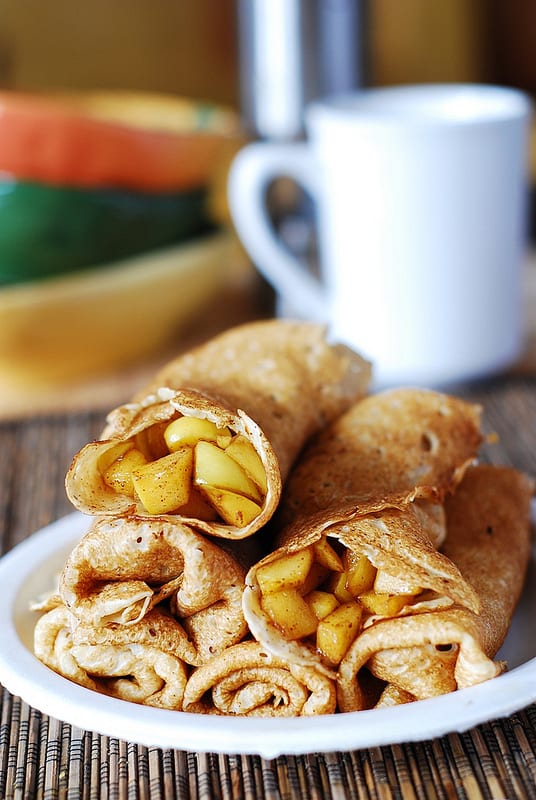 These stuffed apple cinnamon crepes are really like an apple pie at its finest: French dessert and traditional American dessert combined in one. They did not last long in my house: in fact, my husband never got a chance to eat a single crepe. He never knew I made them. I've eaten them for breakfast, afternoon snack and after dinner dessert. I've suffered withdrawal after the crepes were all gone, and had to make some more, dusting them with loads of powdered sugar: 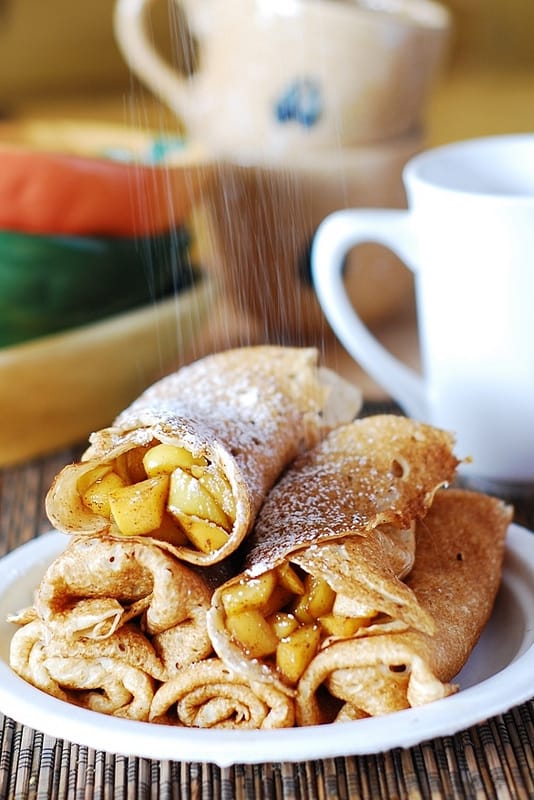 While I used only brown sugar and cinnamon for the apple crepe filling, you could also try adding a bit of lemon juice or vanilla extract (or both) to the bowl with chopped apples for juices to do their work. And, lightly dusting these apple cinnamon crepes with powdered sugar right before serving makes them so pretty! 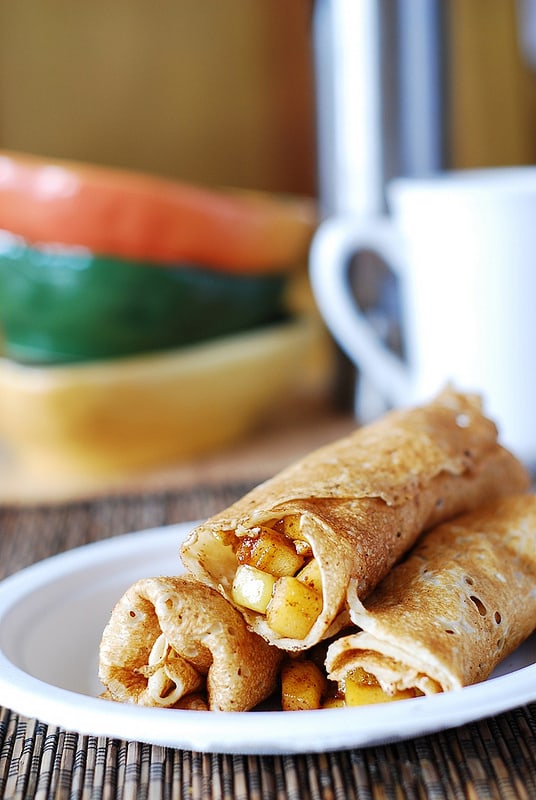 If you love crepes, I so recommend stuffing them with this apple cinnamon filling and trying this simple recipe! 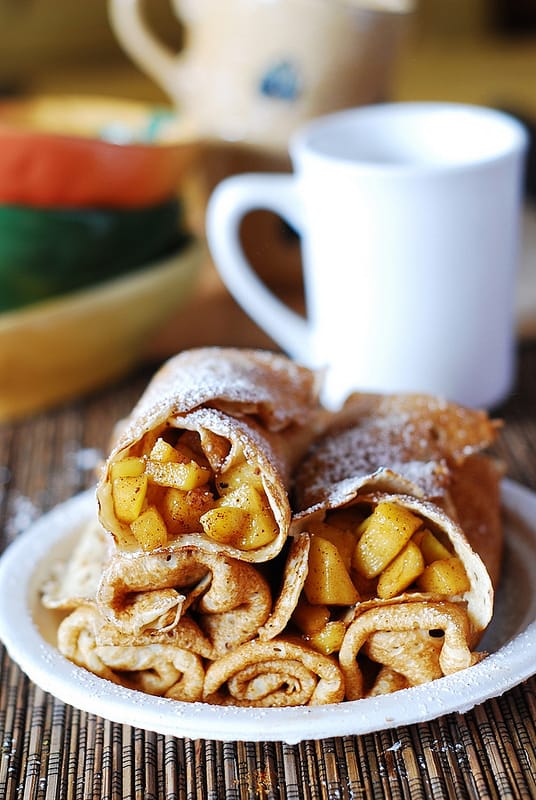 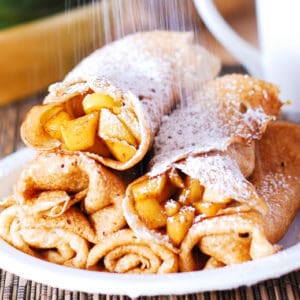 Cook and prep time does not include the time to make crepes.  It is assumed that you already have pre-made crepes.

Keyword apple crepes, cinnamon crepes
Tried this recipe?Be sure to leave a comment and provide a Star Rating below - I love your feedback and try to respond to every comment!
« Healthy Fettuccine Alfredo with Cauliflower Sauce and Peas
Asian fish and peanut sauce noodles »
191.5K shares