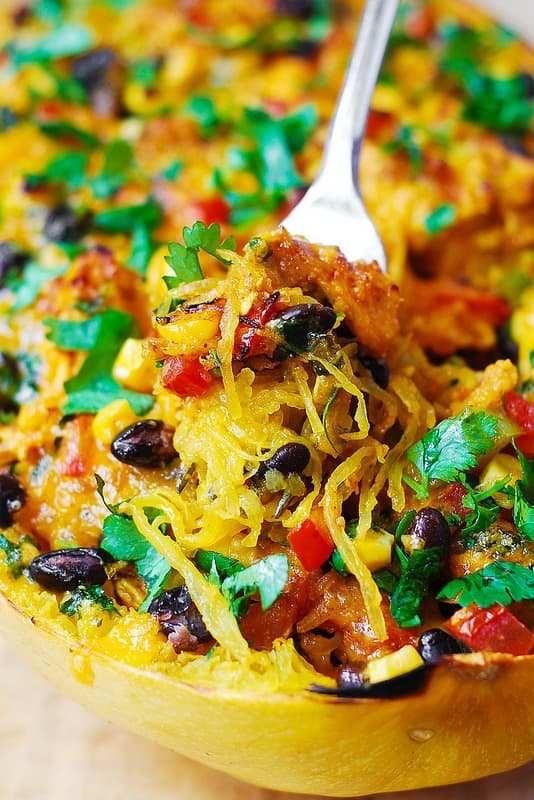 This stuffed Southwestern Spaghetti Squash is so good, you'll have a hard time stop eating eat! Great recipe for the holidays or for when spaghetti squash is in season. 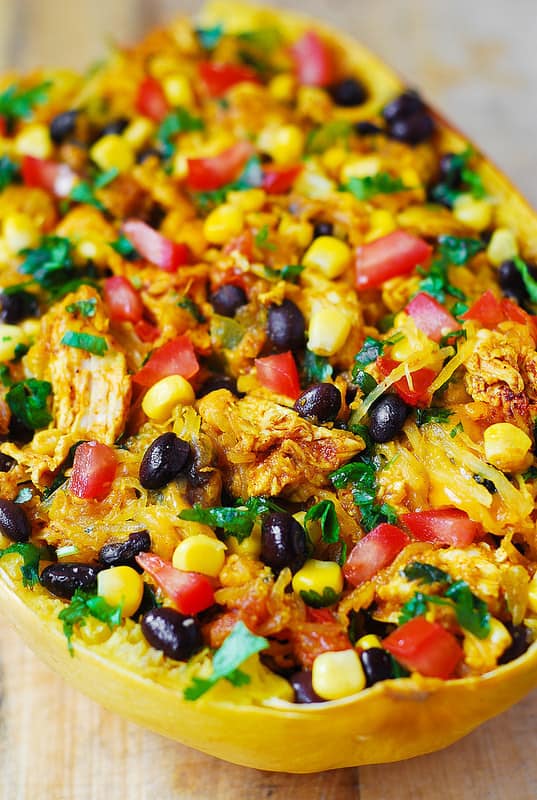 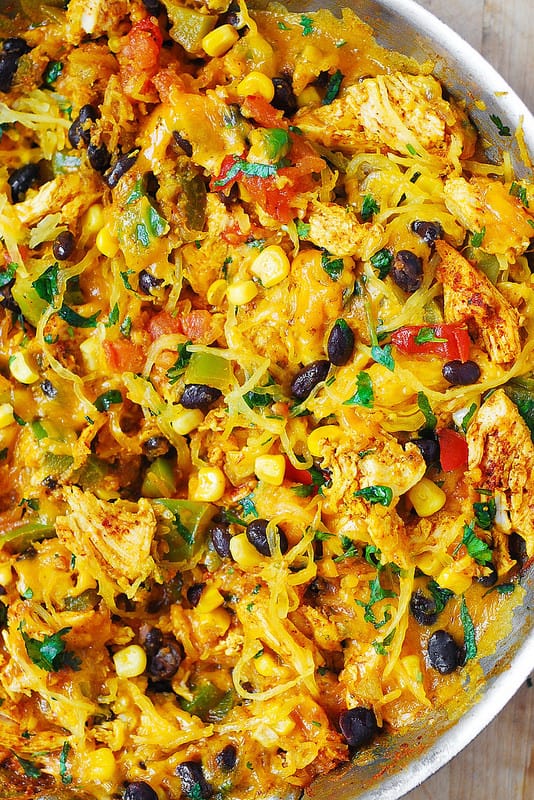 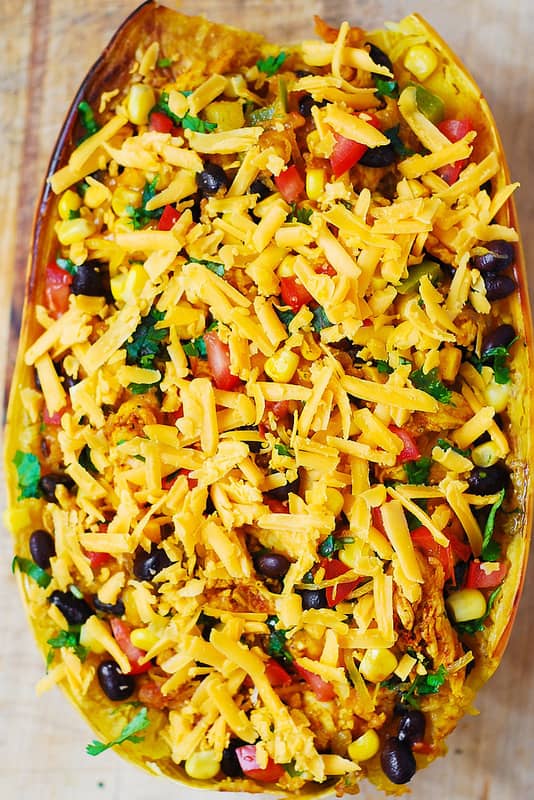 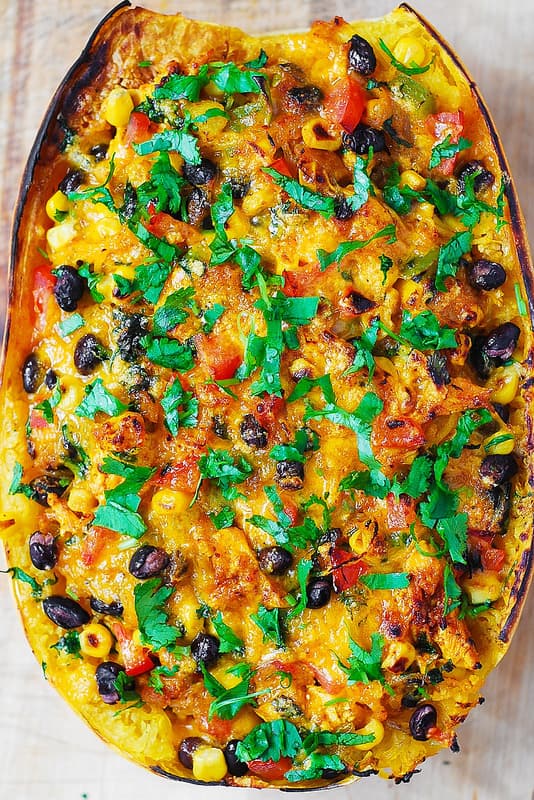 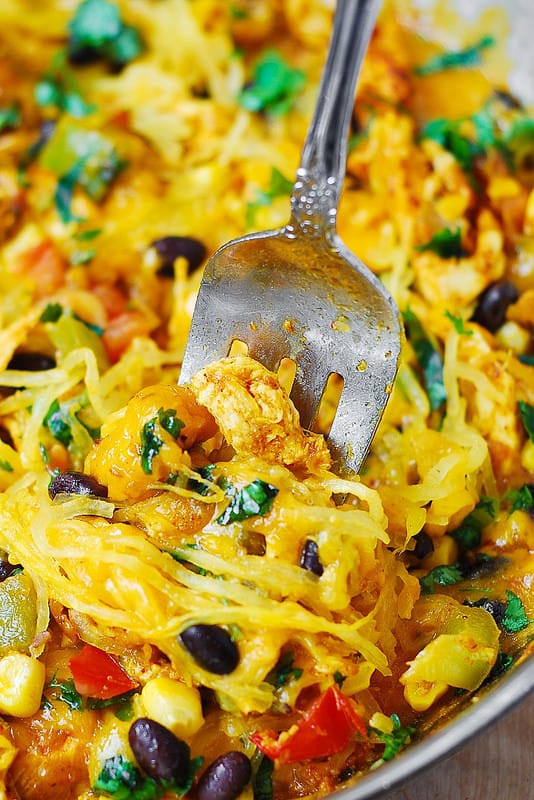 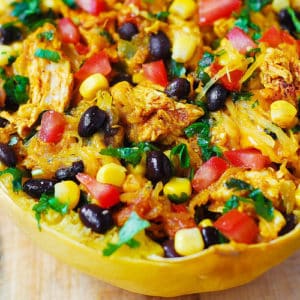 Keyword how to cook spaghetti squash, stuffed spaghetti squash
Tried this recipe?Be sure to leave a comment and provide a Star Rating below - I love your feedback and try to respond to every comment!
« Creamy Vanilla Grape & Apple Salad
Garlic and Bacon Green Beans »
63.0K shares