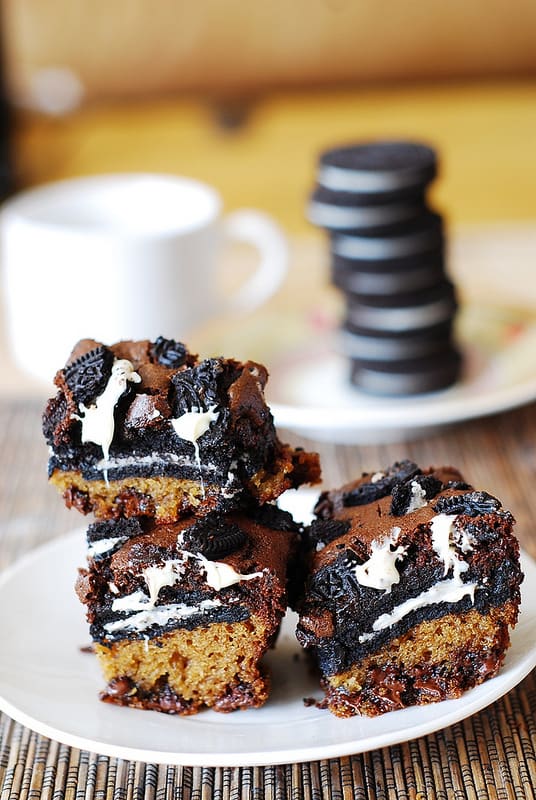 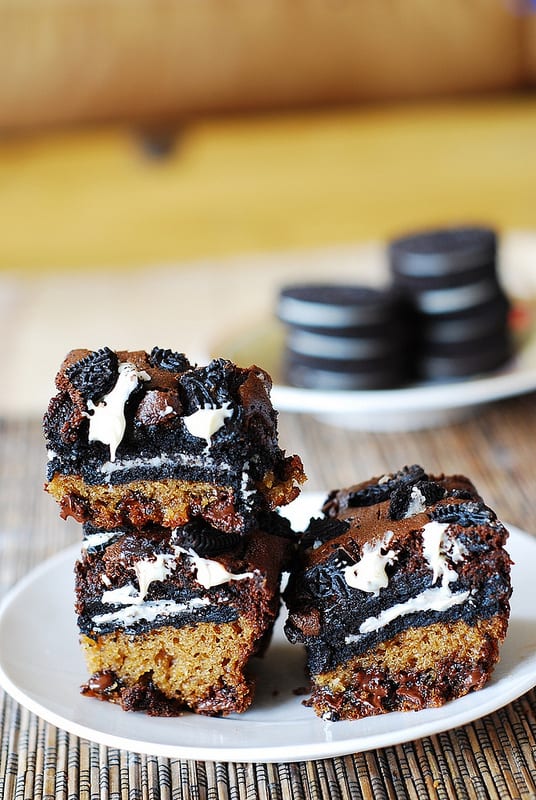 Brownies can be either cake-like, or taste more like a fudge – the texture depends on your flour-to-butter ratios and the baking times.

In this recipe, I wanted the brownies to be very fudgy and super chewy, which is why I am using a low proportion of flour to butter. Less flour and more butter (proportion-wise) is what makes brownies so fudgy. Also, remember to sift the flour before measuring with cups, so that you don’t over pack the flour and don’t accidentally use more than what the recipe calls for.

Do not overmix blondie batter or brownie batter – just mix enough to combine dry ingredients with wet ones. Overmixing will invariably result in a tougher texture. I strongly recommend under baking them which will guarantee that you will get chewy, fudgy, rich and moist dessert bars.

You usually won’t find me snacking on Oreo cookies alone, but when they’re sandwiched in between these 2 gooey layers of cookie dough – I am all over them: 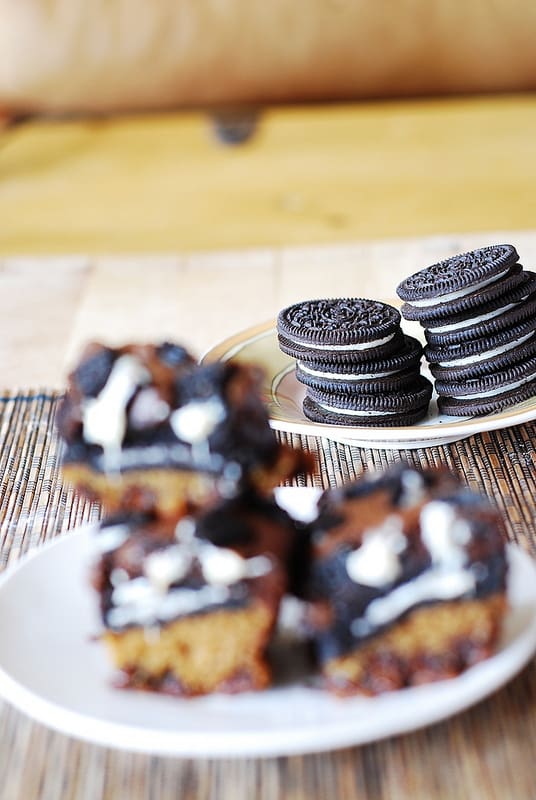 If you’re feeling especially lazy (or busy), you can even get away with using your favorite store-bought brownie mix and blondie (or chocolate chip cookie dough) mix for layers. Just remember to not overbake, and you will get an excellent and rich dessert! 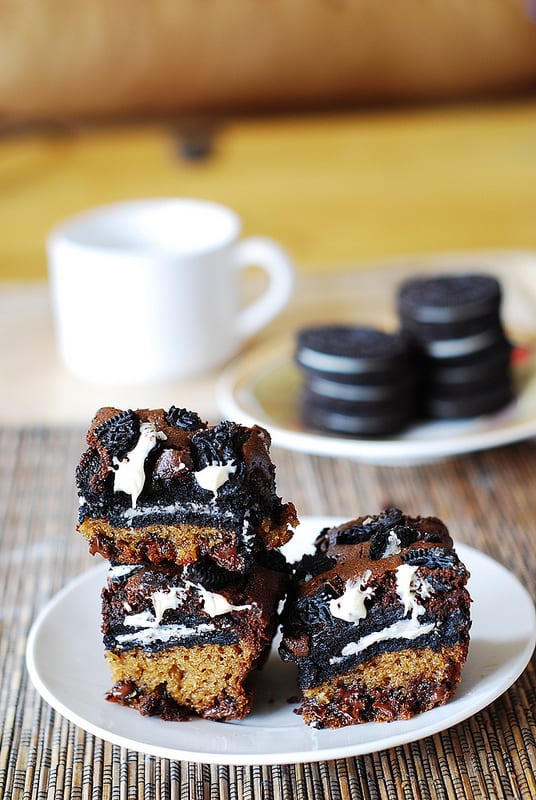 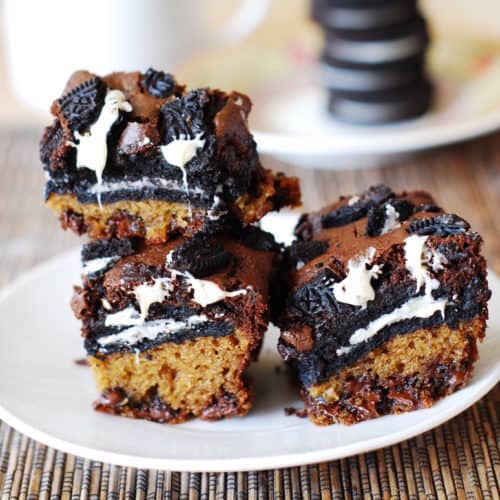