Paris is one of the world's major cultural centers famous for its museums and stunning architecture. Discover the 20 Most Famous and Beautiful Landmarks of Paris! 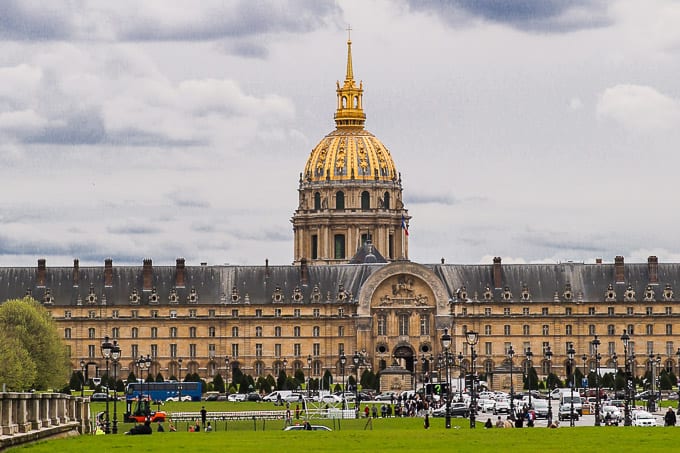 Paris is home to many recognizable buildings and structures including the Eiffel Tower, the Cathedral of Notre Dame de Paris, the Louvre museum, Musée d'Orsay, the Arc de Triomphe, the Basilica of Sacré-Coeur on the hill of Montmartre, and others.  It's the city that should be explored on foot or by a river cruise in order to absorb and truly appreciate all the architectural beauty.

Paris has a reputation as the "City of Art". In fact, the historical district along the Seine in the center of Paris is designated as a UNESCO Heritage Site. Discover the 20 Most Famous and Beautiful Landmarks in Paris!

At 324 meters tall, the Eiffel Tower is the highest structure in Paris.  The Eiffel Tower was constructed for the Paris Universal Exposition of 1889. 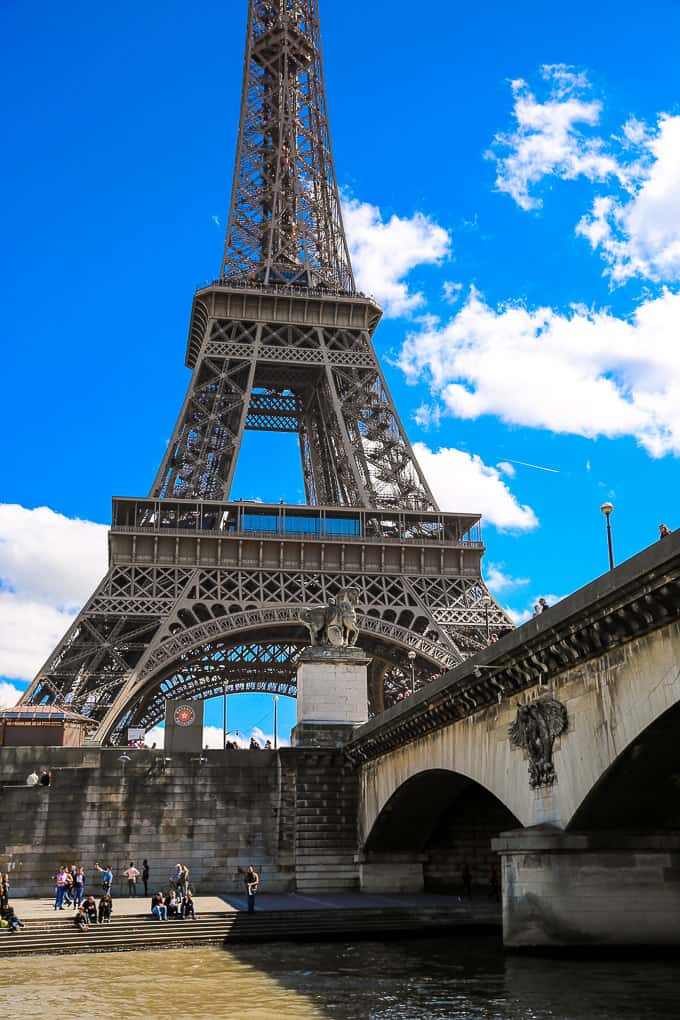 The Louvre is one of the most visited art museums in the world. 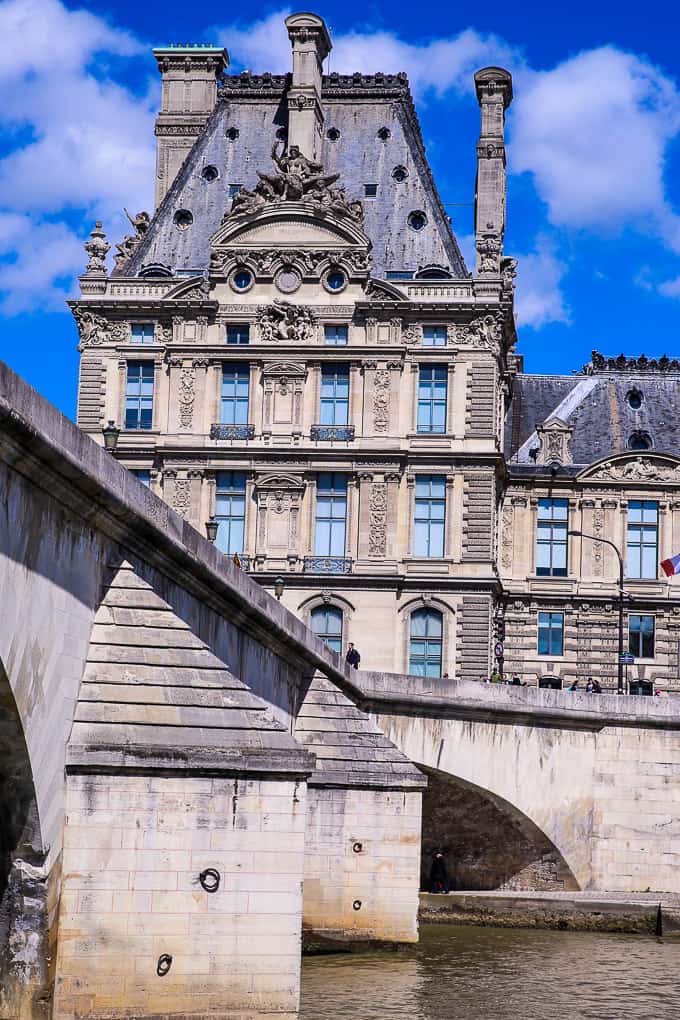 The Musée d'Orsay is world-famous for its collections of French Impressionist art. 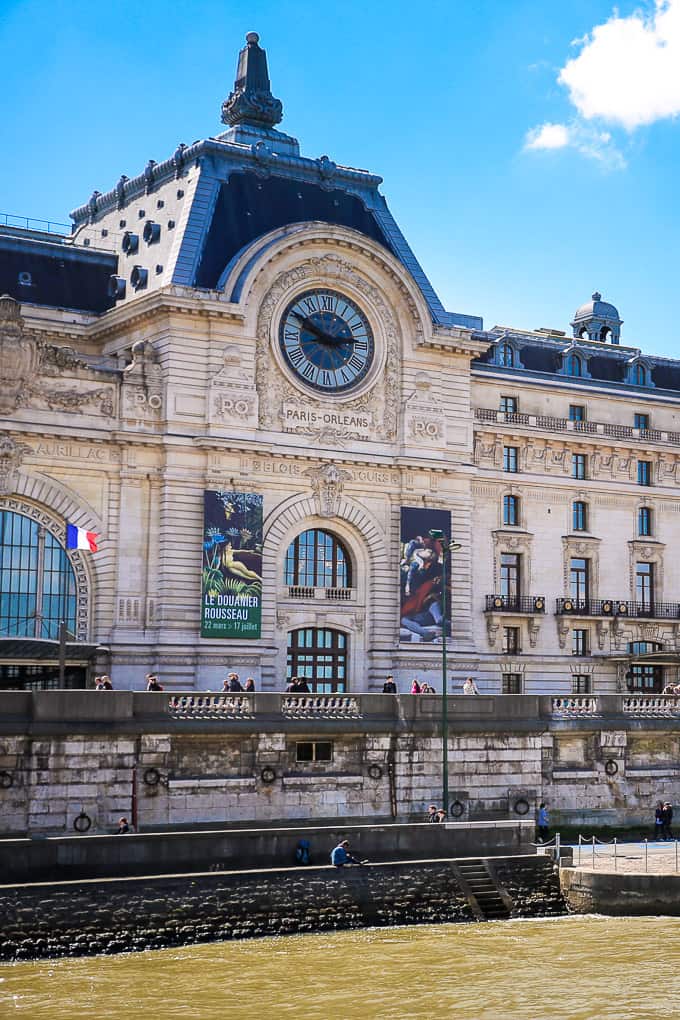 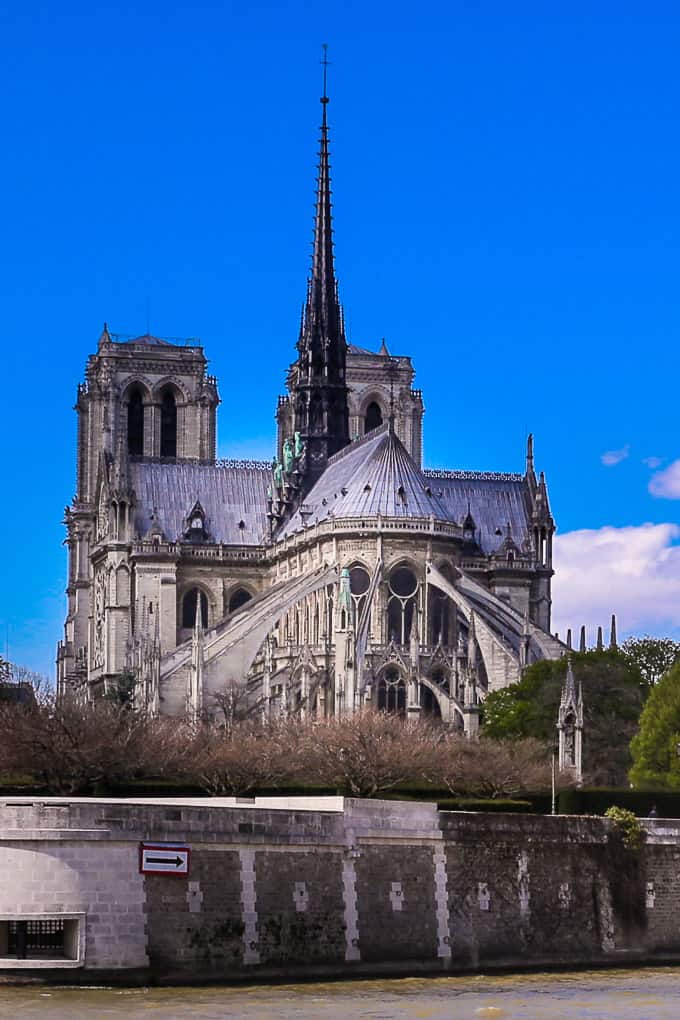 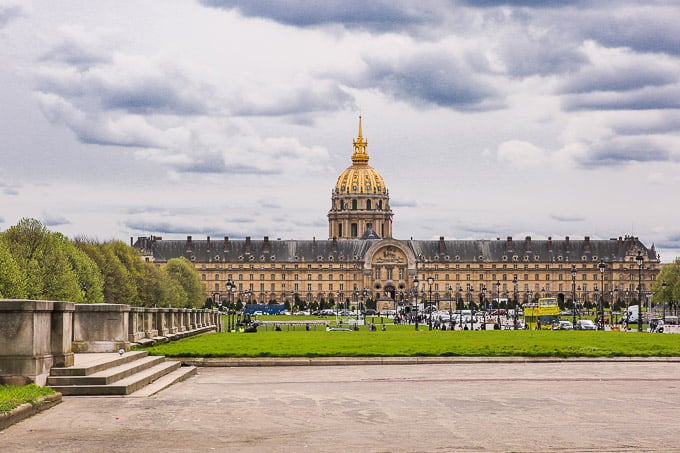 Pont Alexandre III is one of the most intricately designed bridges in Paris.   With a total length of 160 meters and a width of 40 meters, this bridge connects the Champs-Élysées with the Invalides buildings and the Eiffel Tower.   The bridge was named after Tsar Alexander III (the Emperor of Russia from 1881 until 1894). 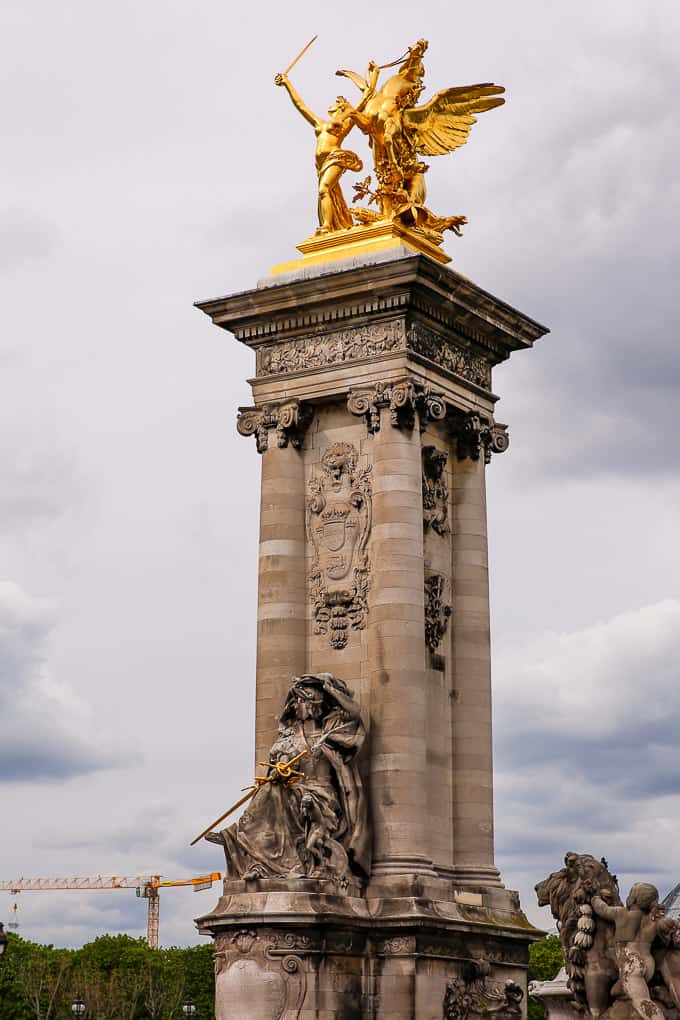 7. The Basilica of the Sacred Heart of Paris

The Basilica of the Sacred Heart of Paris (or Sacré-Cœur Basilica) is located at the summit of the butte Montmartre, Paris. 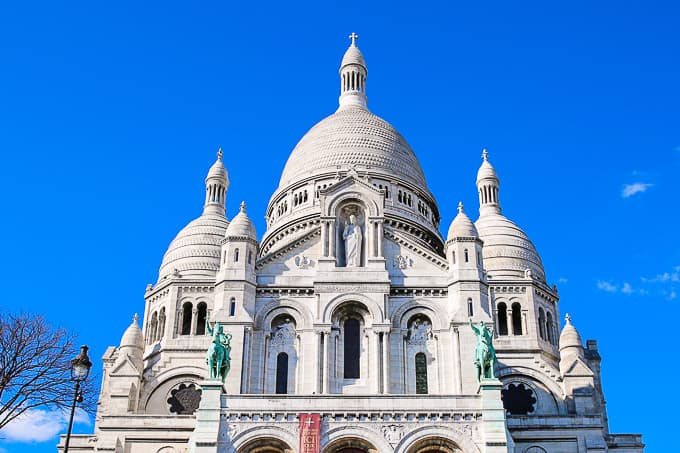 The Basilica of the Sacred Heart of Paris, Paris, France 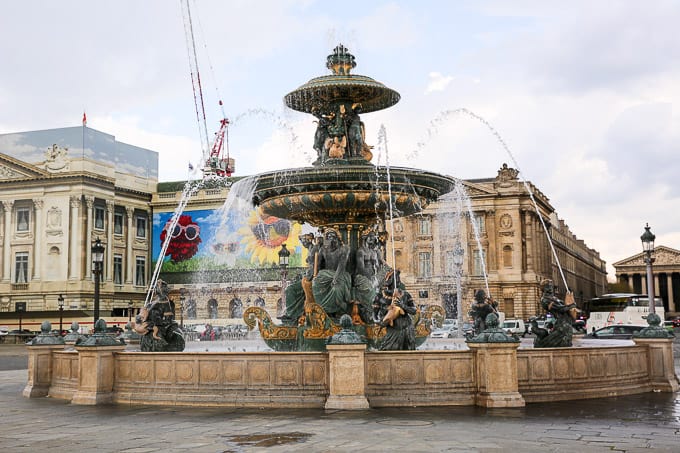 9. The Obelisk of Luxor

The Obelisk of Luxor is located at the Place de la Concorde, Paris, France. 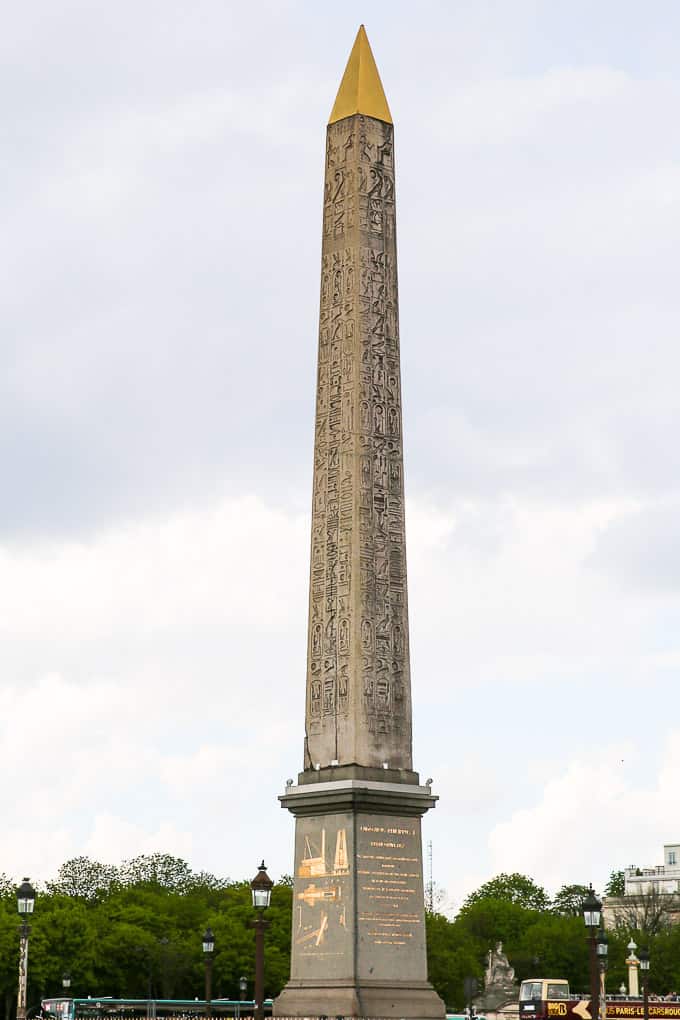 The Champ de Mars is a large public green park near the Eiffel Tower in Paris, France. It's a great area for relaxing and walking. The greenspace grounds are tremendous and perfect for enjoying the view of the Eiffel Tower. 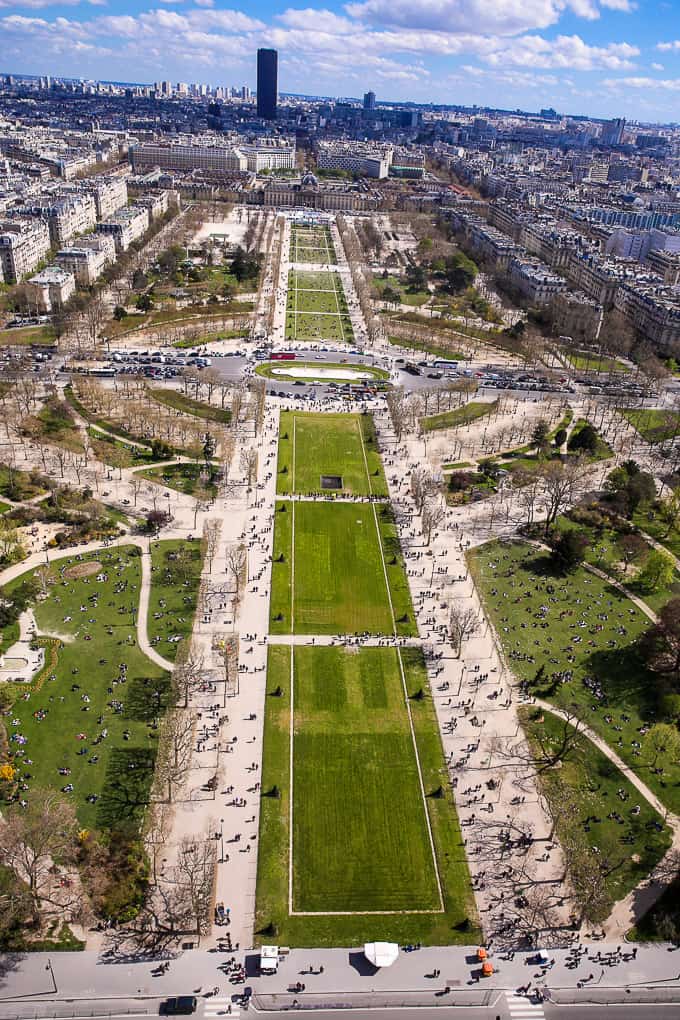 The arc commemorates the soldiers of the French Revolutionary and Napoleonic Wars. The height of the arc is 50 meters.

Luxembourg Palace was built in the 17th century to be the royal residence of Marie de' Medici, who was the Queen of France as the second wife of King Henry IV of France. 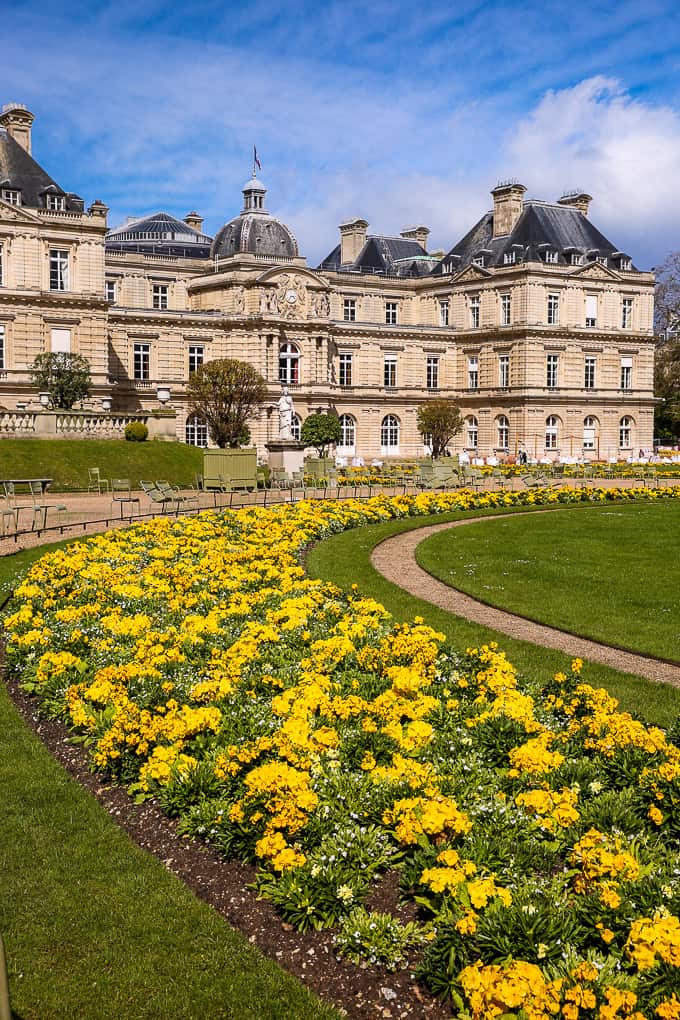 Église Saint-Sulpice is a Roman Catholic church in Paris. The church was constructed in Baroque style. The construction began in 1646 and was completed in 1870. 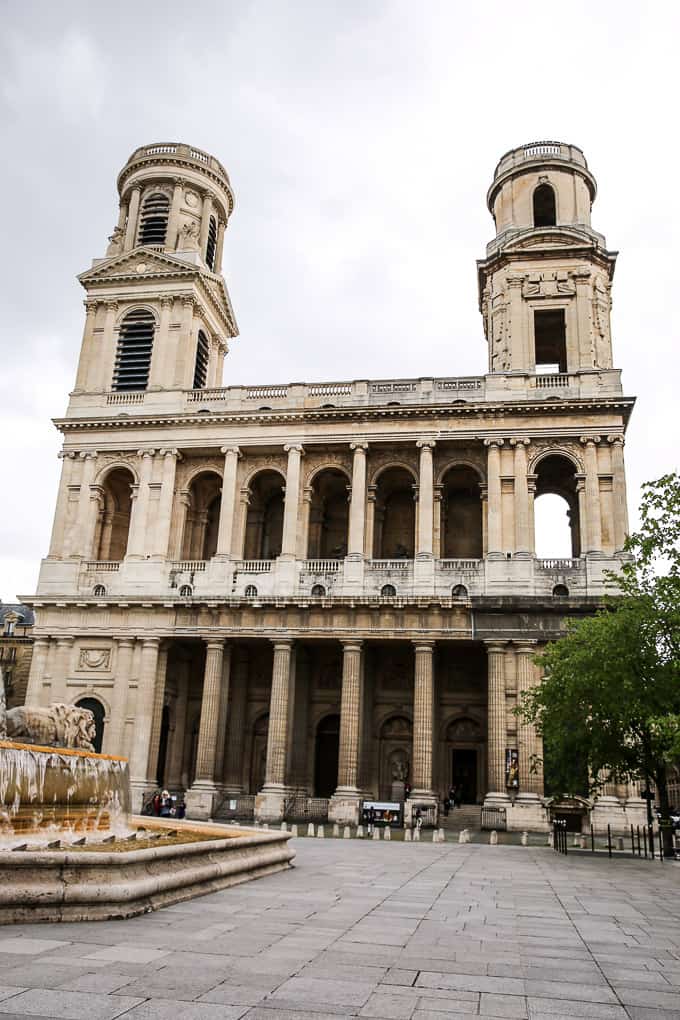 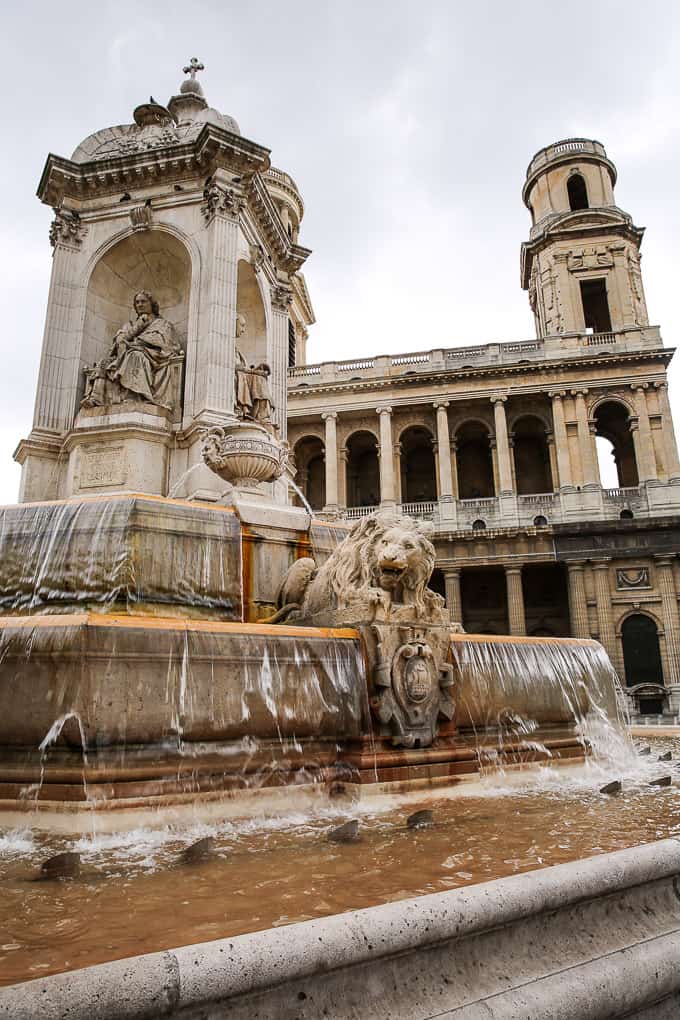 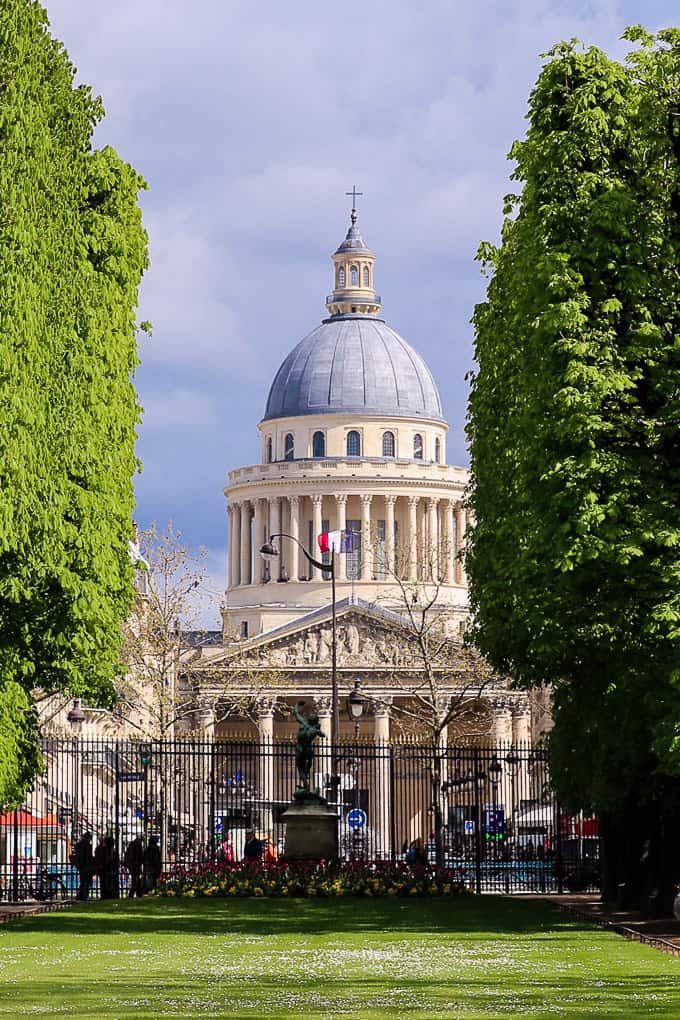 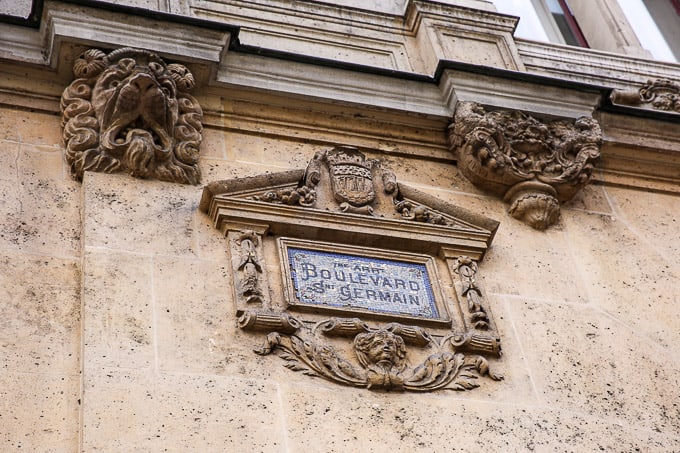 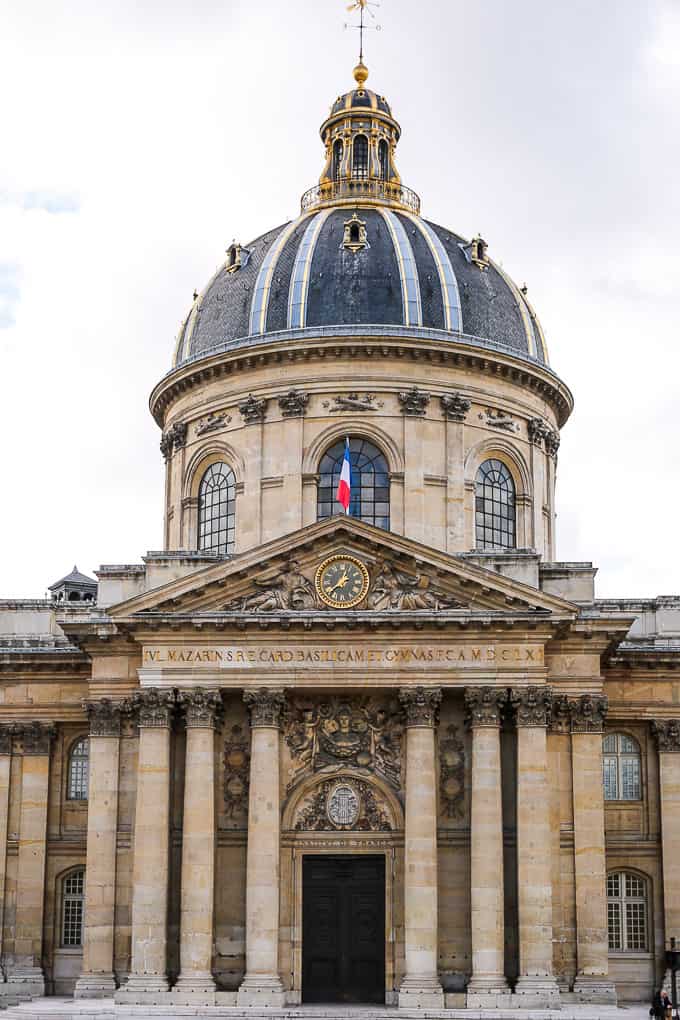 With a total length of 232 meters and a width of 22 meters, Pont Neuf is the oldest standing bridge over the Seine River within Paris. The bridge was constructed between 1578 and 1607. 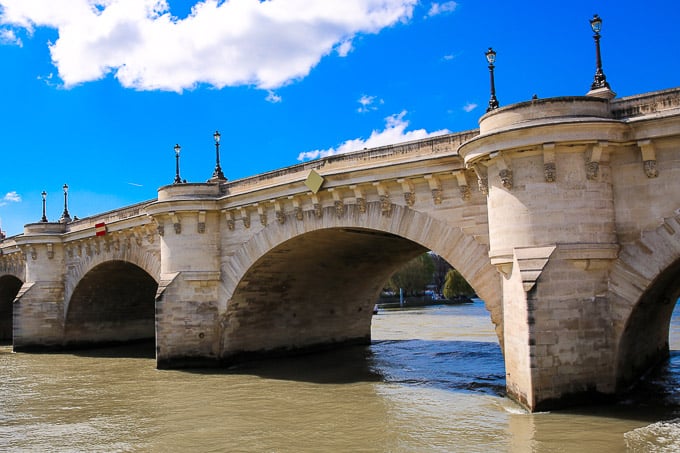 Pont Au Change connects The Place du Châtelet (a public square in Paris) on the right bank of the River Seine with The Île de la Cité (one of two remaining natural islands in the Seine within the city of Paris).

This bridge was built during the reign of Napoleon III and is marked with the letter "N" - his imperial insignia. 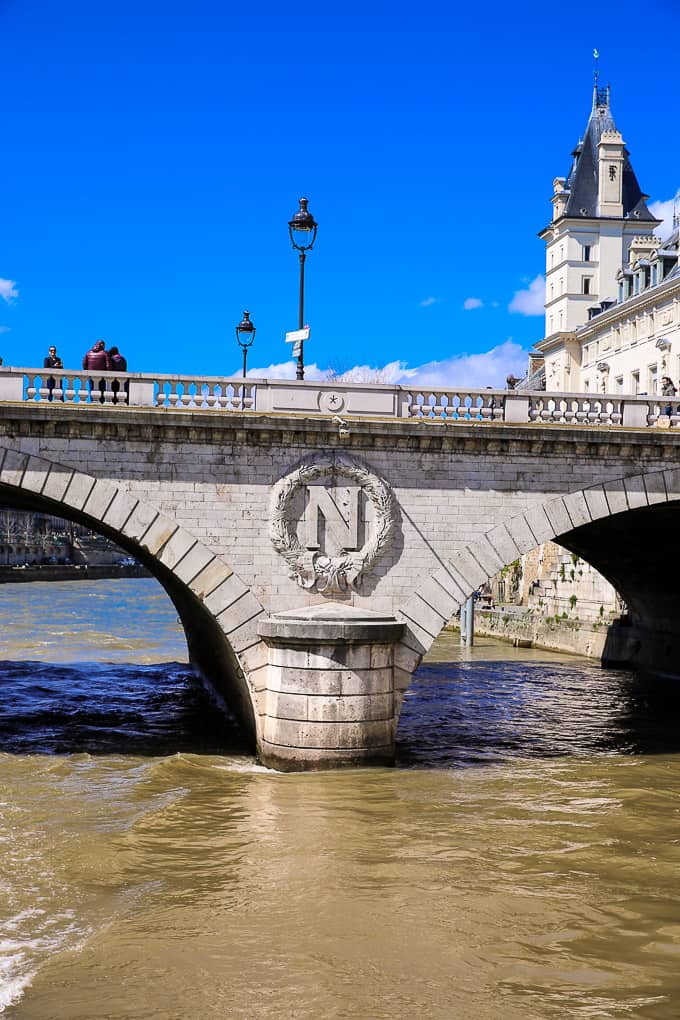 With a total length of 155 meters and a width of 35 meters, Pont d'Iéna connects the Eiffel Tower on the left bank of the Seine river with the Palais de Chaillot on the right bank.  The construction of the bridge was ordered by Napoleon I in 1807.  The bridge opened in 1814. 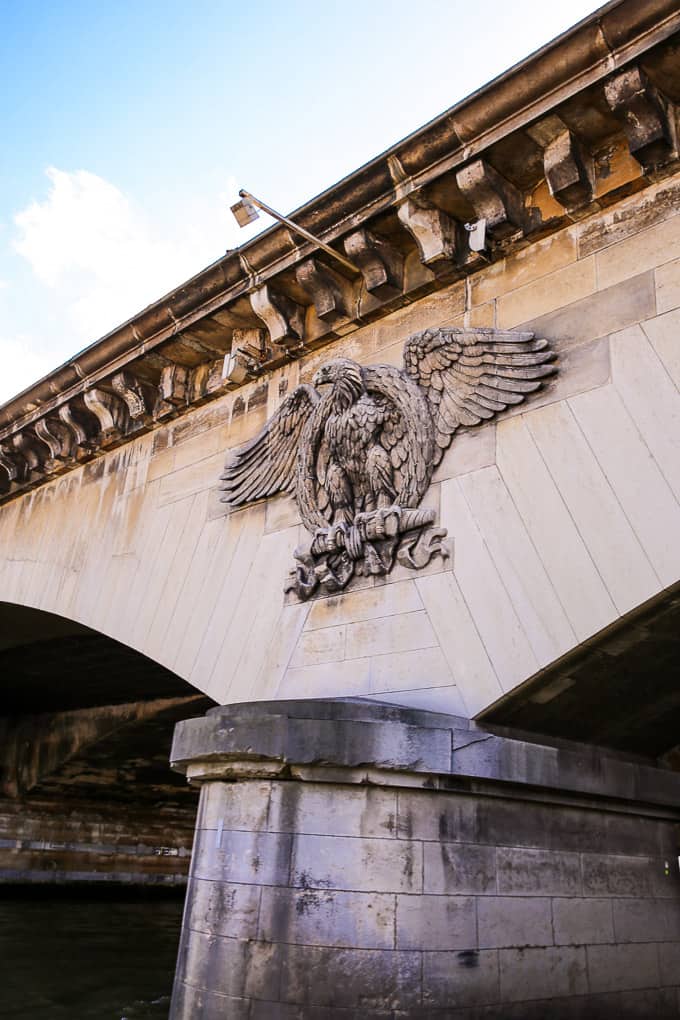