Bath is a stunning city in the valley of the River Avon, only 114 miles west of London. Bath is world-famous for its Roman-built baths. It's a perfect day trip from London! 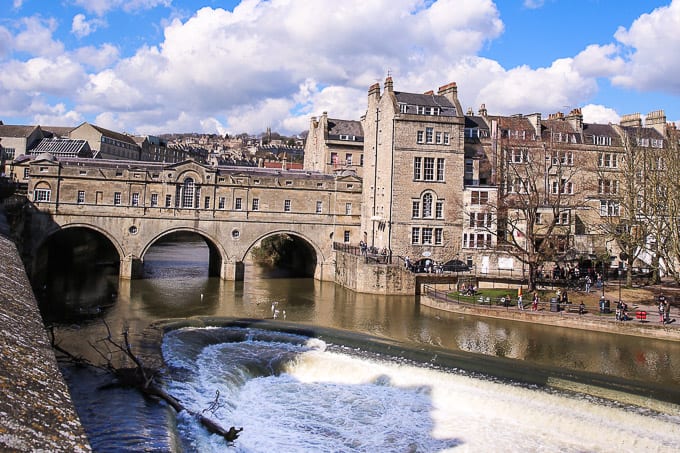 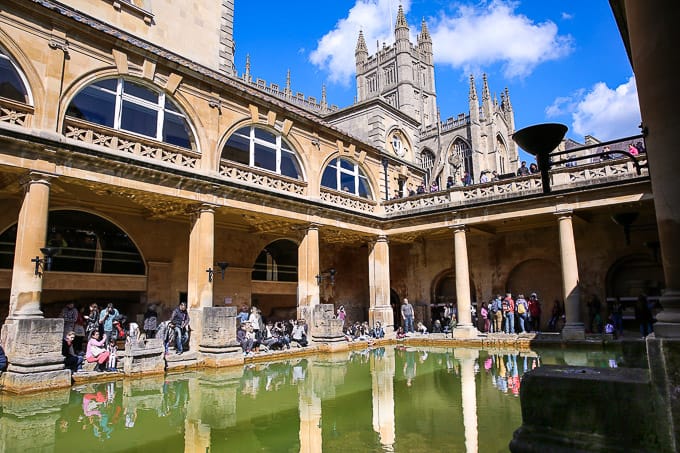 Because Bath became a popular spa town in the Georgian era, many of the buildings were built featuring Georgian architectural style, including these structures: 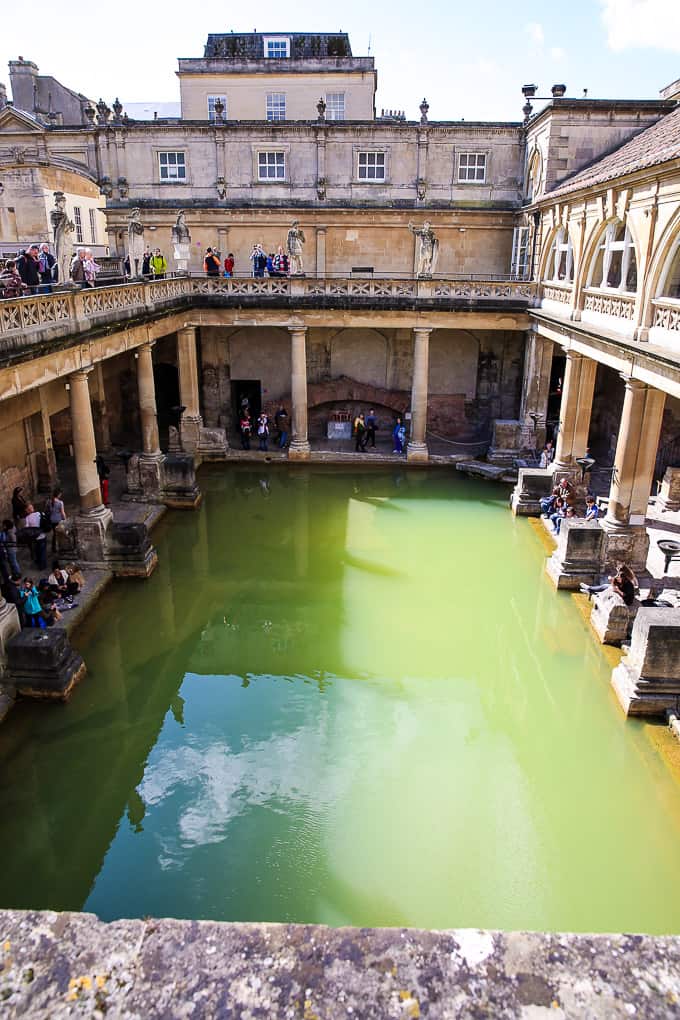 Bath Abbey was founded in the 7th century and rebuilt in the 12th and 16th centuries. The abbey features the Perpendicular Gothic architectural style. Bath Abbey is an Anglican parish church. 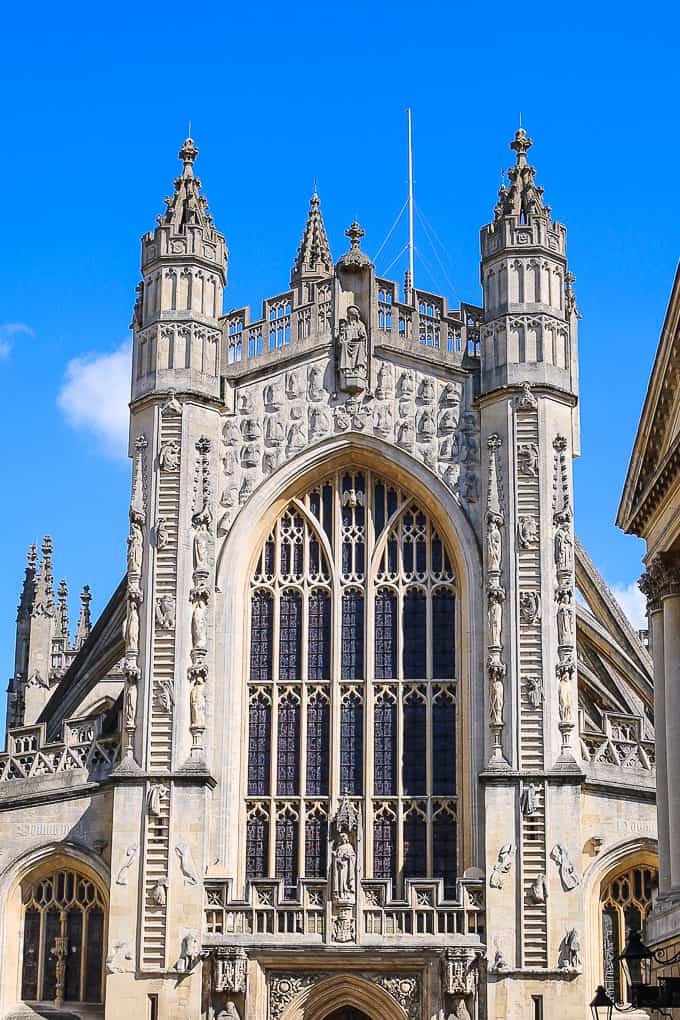 Pulteney Bridge was designed by Robert Adam (a Scottish neoclassical architect) in a Palladian style (a European style of architecture inspired by the works of the Venetian architect Andrea Palladio).

The bridge design features shops built on both sides.  The Pulteney Bridge crosses the River Avon in Bath, England. 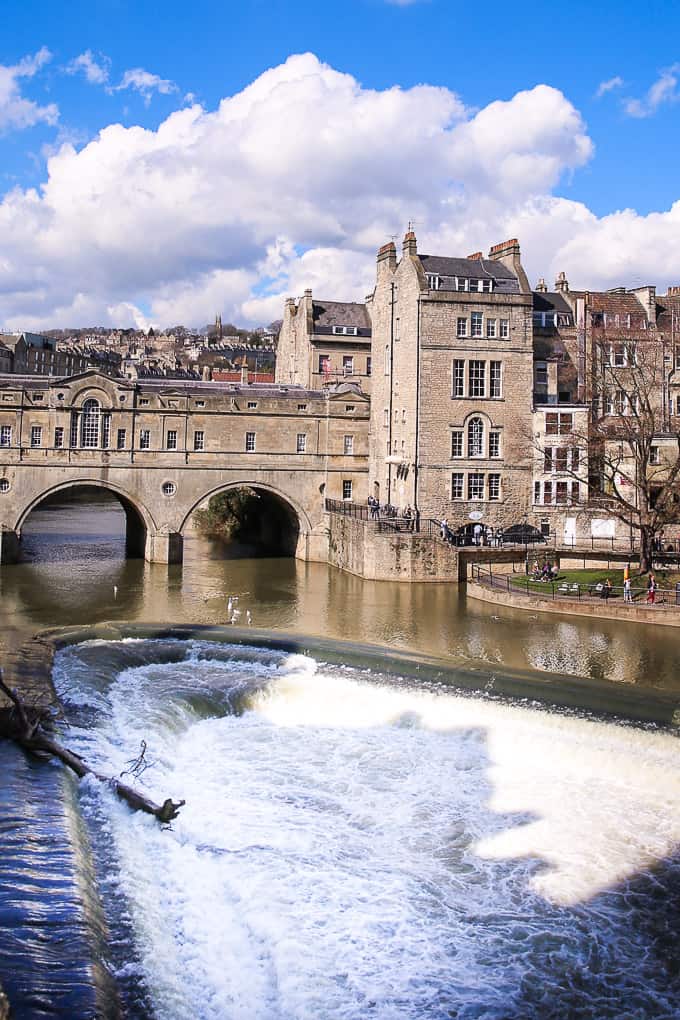 Bath is world-famous for its Roman-built baths. Main sites include the Great Bath, the Roman Temple, the Roman Bath House, the Sacred Spring, and the museum featuring exhibits from Roman Bath. 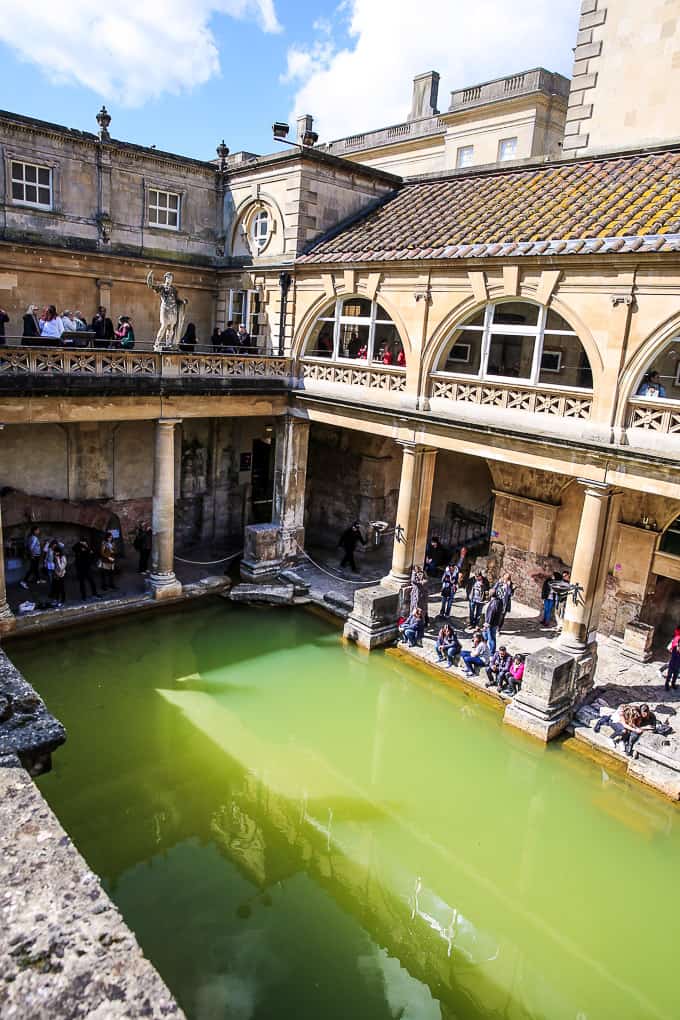 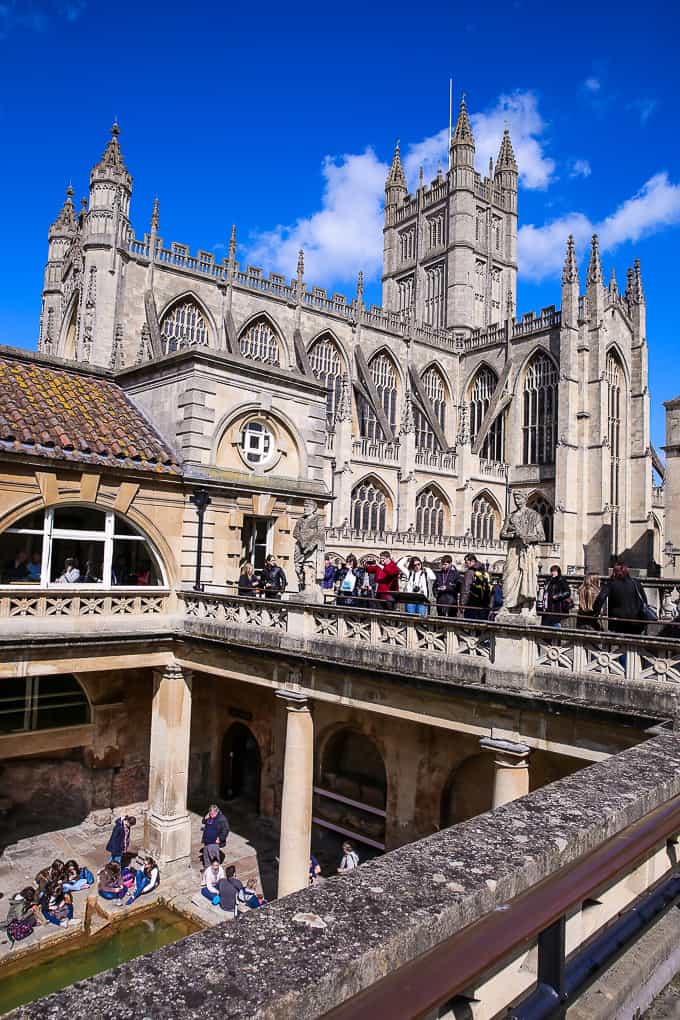 Built in 1901, Empire Hotel is a historic hotel located close to Bath Abbey and Pulteney Bridge in Bath, England. It was built from Bath Stone, an oolitic limestone that gives honey hue to many buildings in Bath. 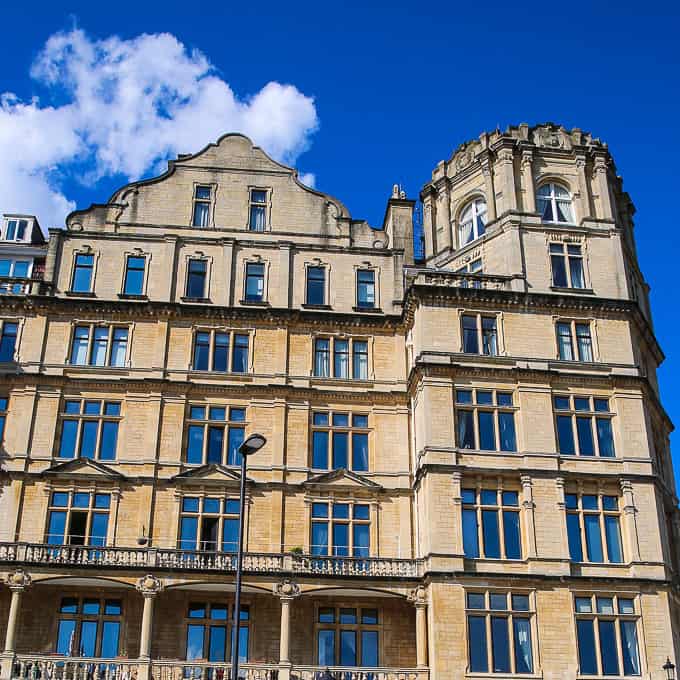