Pompeii was an ancient Roman city that was buried under volcanic ash as a result of the eruption of the Mount Vesuvius almost 2,000 years ago (AD 79).  It's one of the most breathtaking historical sites in the world. Discover the Top 10 Things To Do in Pompeii and the best photos of the Pompeii ruins.  The list includes the Forum, the Amphitheatre, the statue of Centaur, preserved pottery, and more! 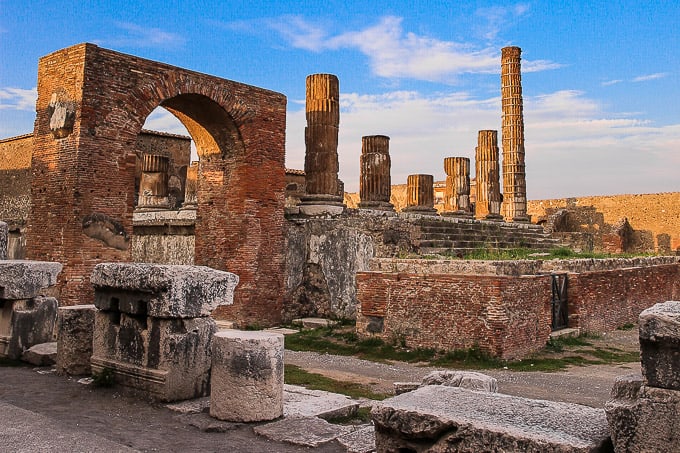 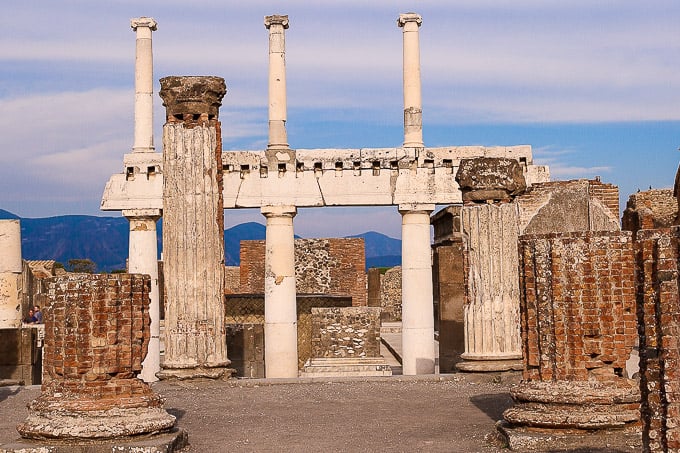 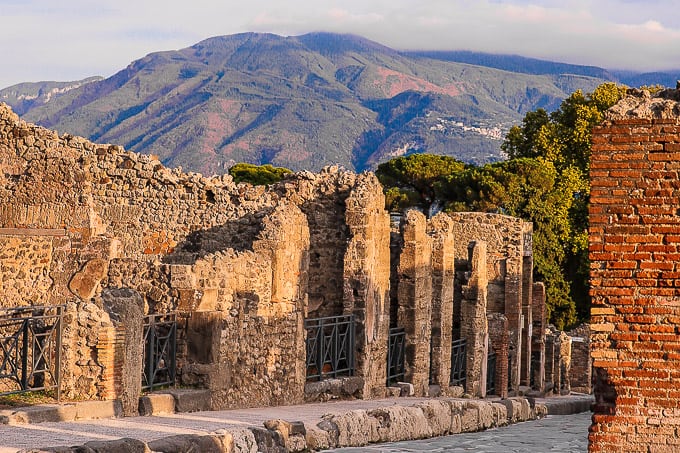 10 Best Things To Do in Pompeii

Below are the top things to do during your trip to the ancient city of Pompeii that was once buried under the volcanic ash.  The list includes visiting Pompeii ancient ruins, the Amphitheatre, the Forum, the statue of Centaur, walking through the streets of Pompeii, and much more! 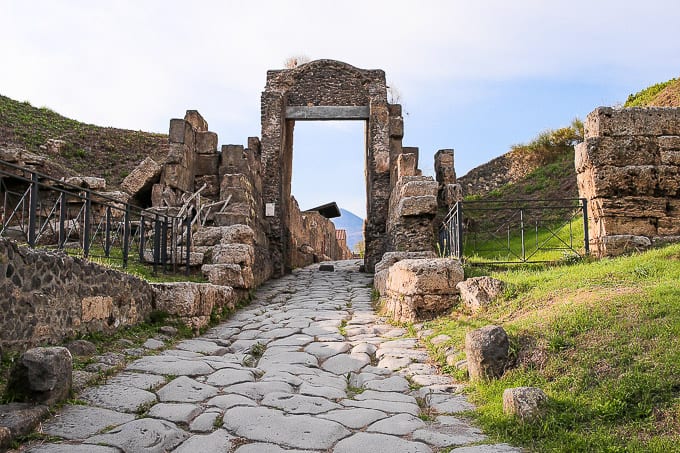 1. The Forum in Pompeii

One of the best-preserved parts of Pompeii is the Forum.   Forum is a central plaza generally used for public events, such as public speeches and public meetings.   It was also the center of the city's political and cultural life, as well as the place for commerce. 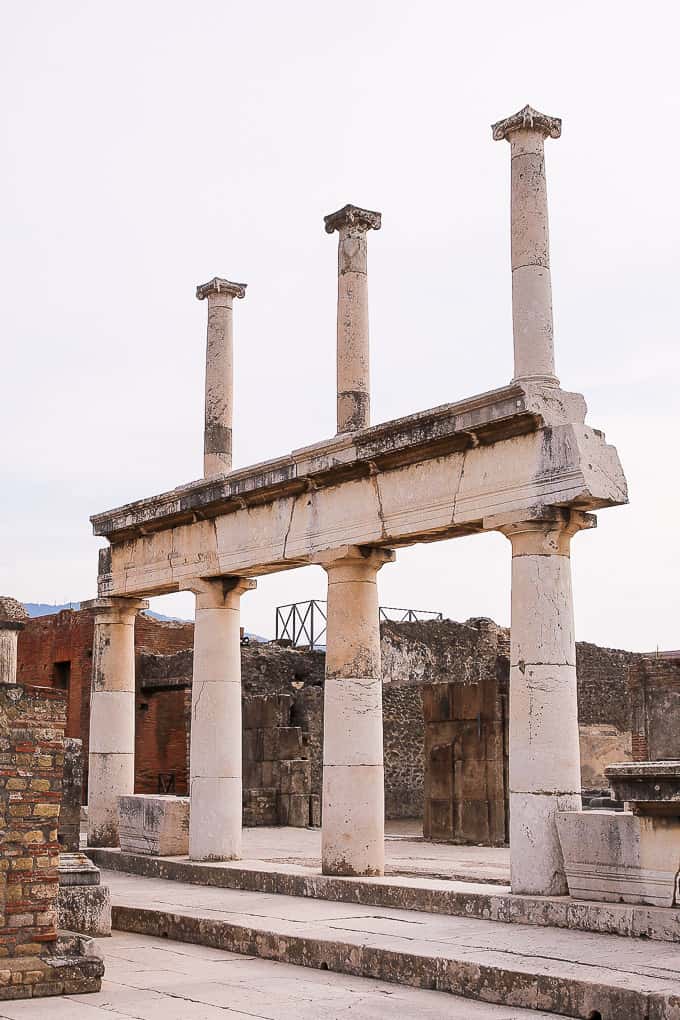 Many structures in the Forum area have been excavated and are very well-preserved. 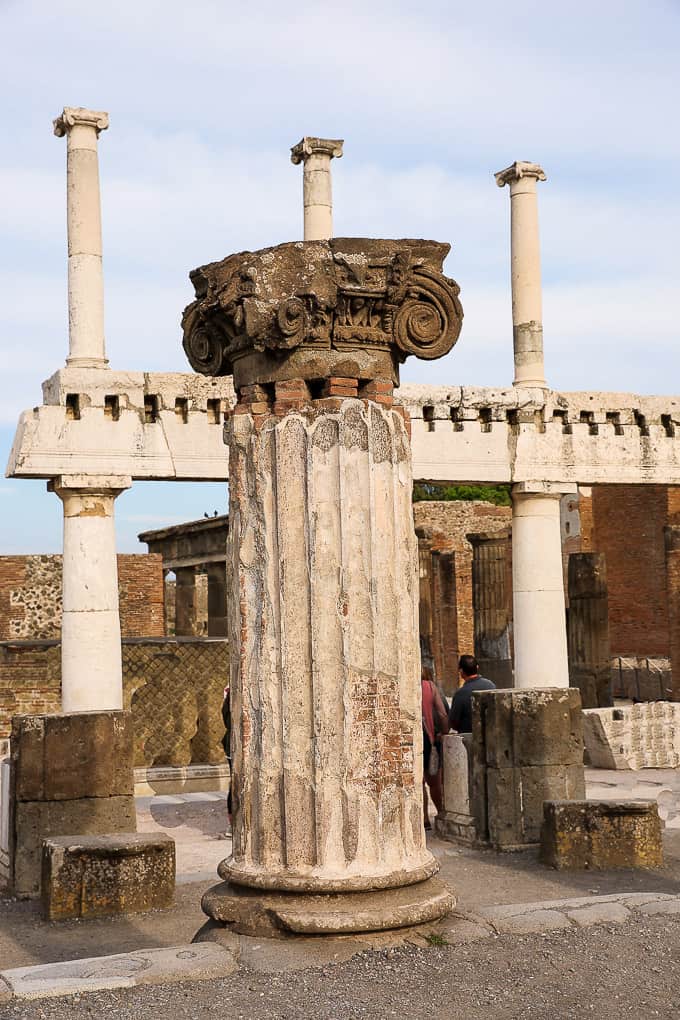 The forum area features columns and the remains of the ancient buildings. 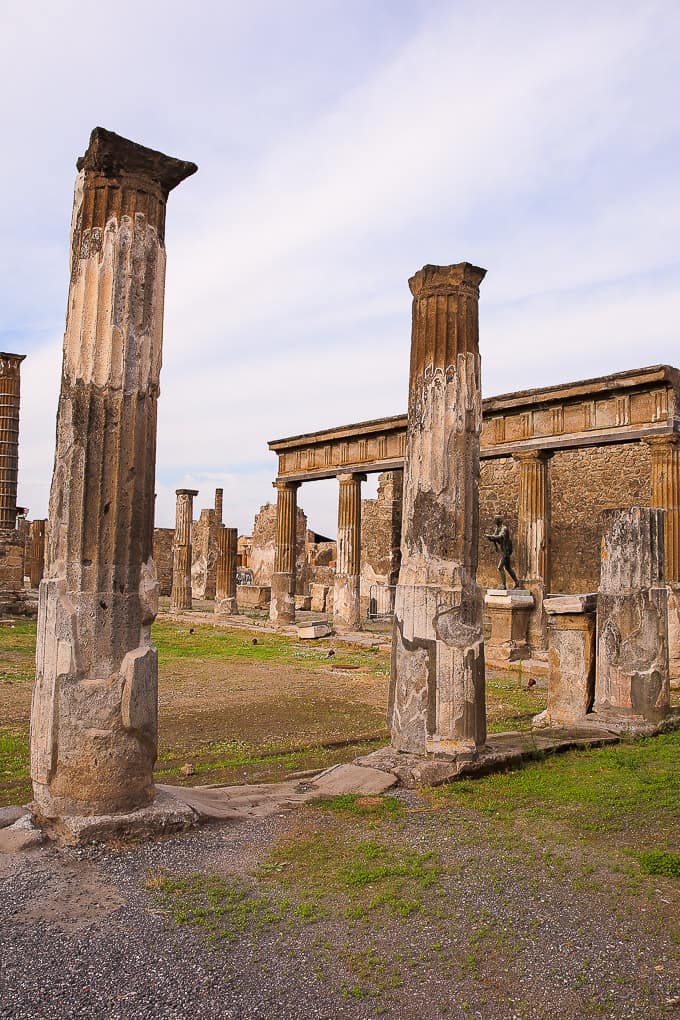 2. The amphitheater in Pompeii

The amphitheater is an open-air area used for shows, entertainment, and sports.  A largely well-preserved amphitheater has been found by the archaeologists in Pompeii.  You can walk around the perimeter of the amphitheater to marvel at the beauty of this ancient structure that is about 2,000 years old. 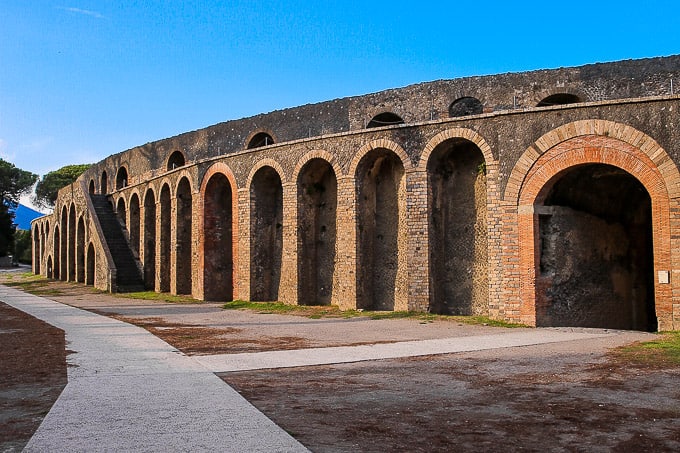 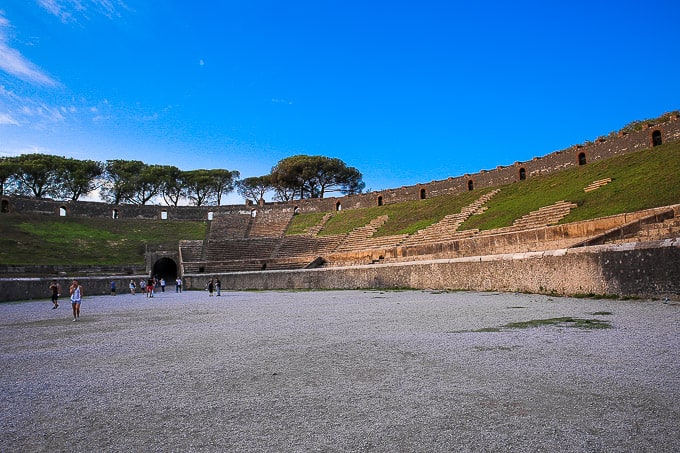 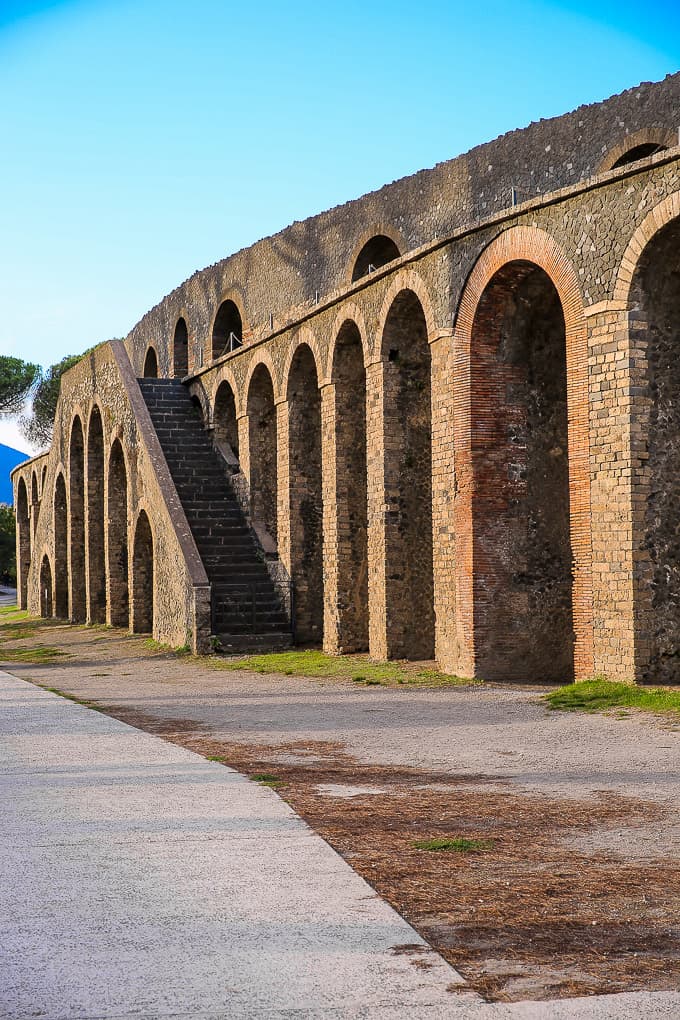 The ruins of the Pompeii Basilica are located in the Forum area of Pompeii. 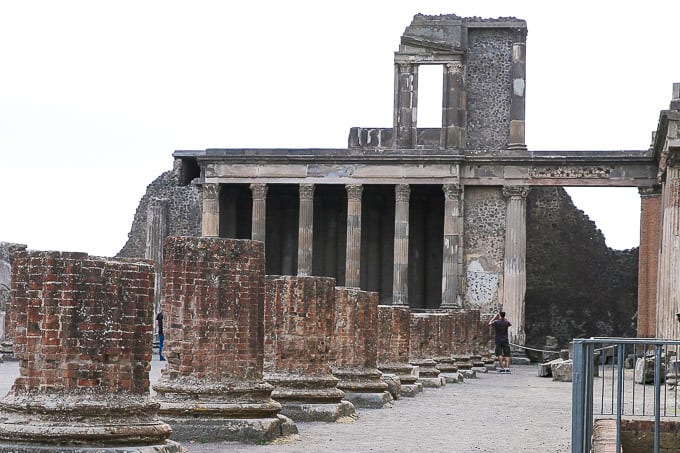 The Temple of Apollo was built in Pompeii during the settlement of the Etruscans.  The temple's ruins are located in the Forum of Pompeii. 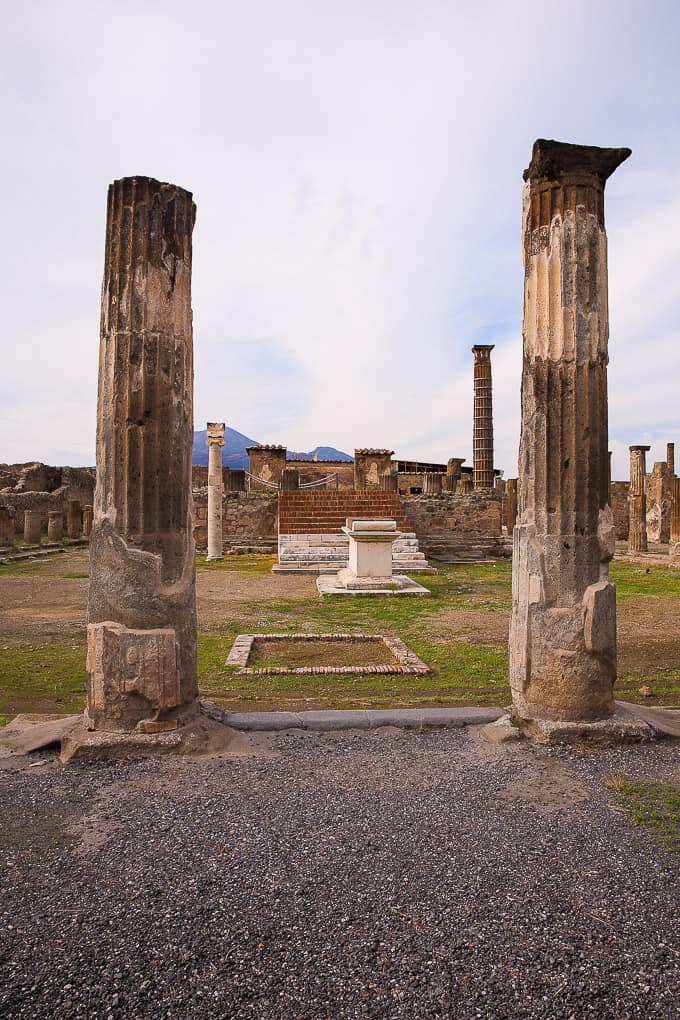 There are a number of well-preserved statues in Pompeii. 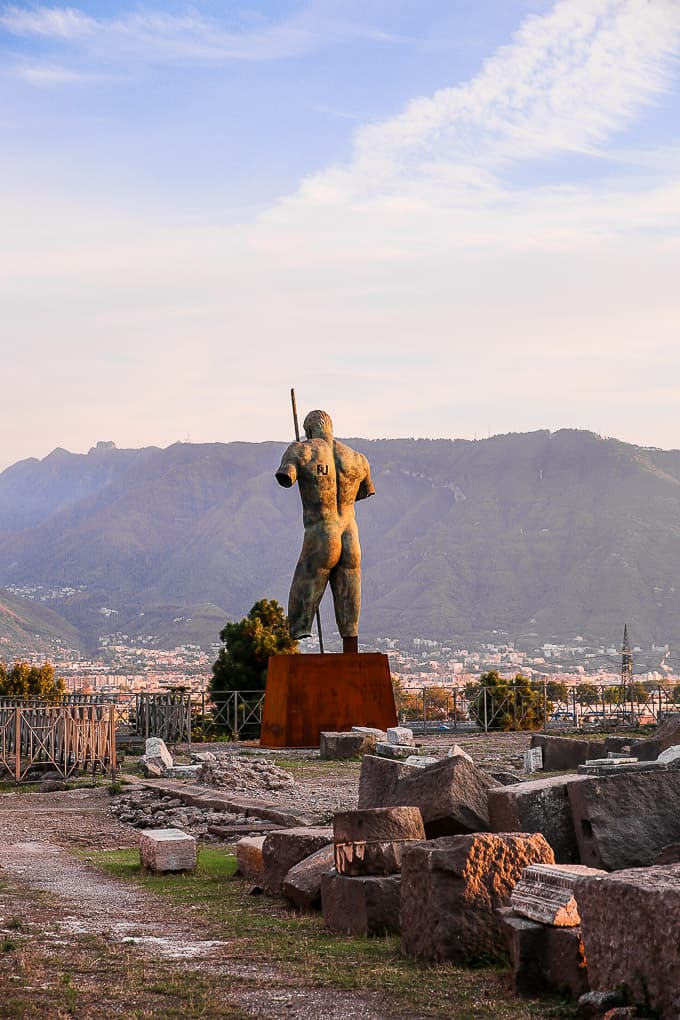 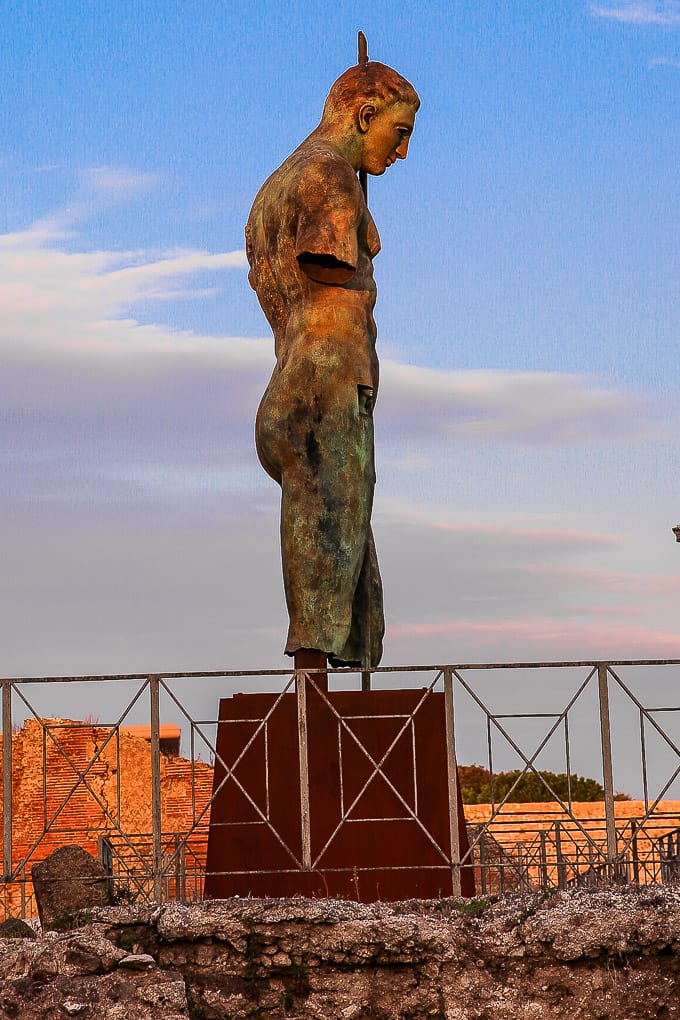 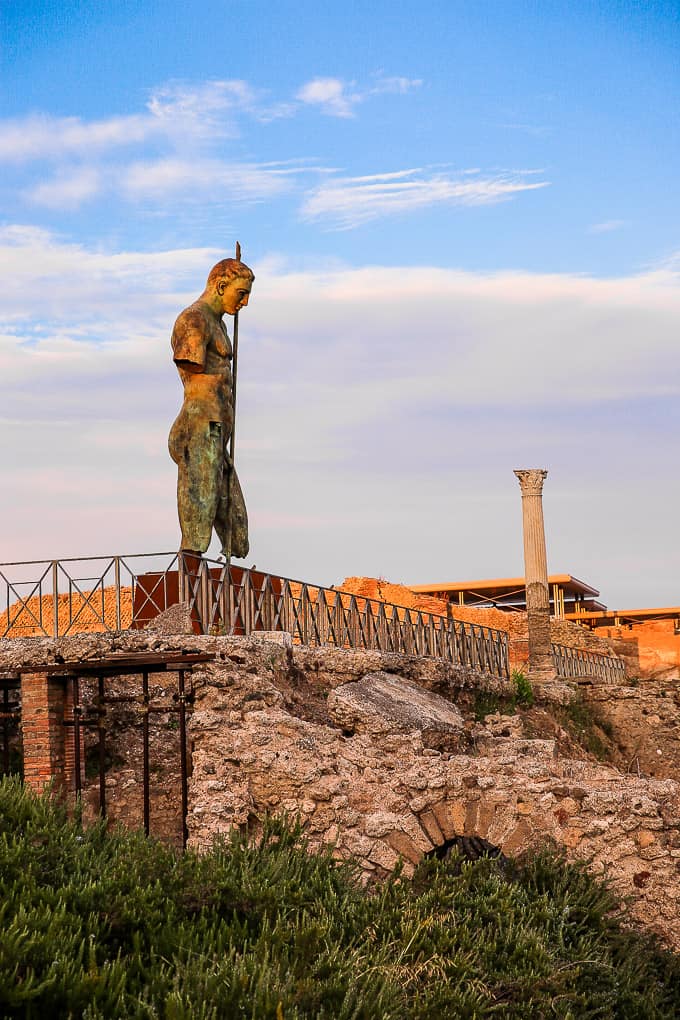 Centaur is a half-human, half-horse creature of Greek mythology.  Pompeii has an impressive statue of Centaur. 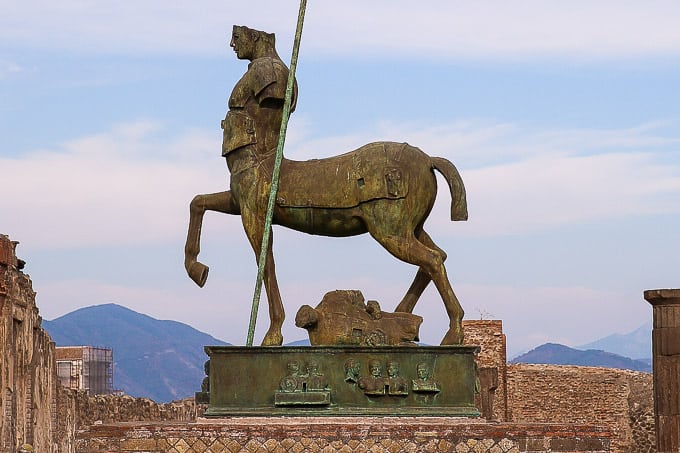 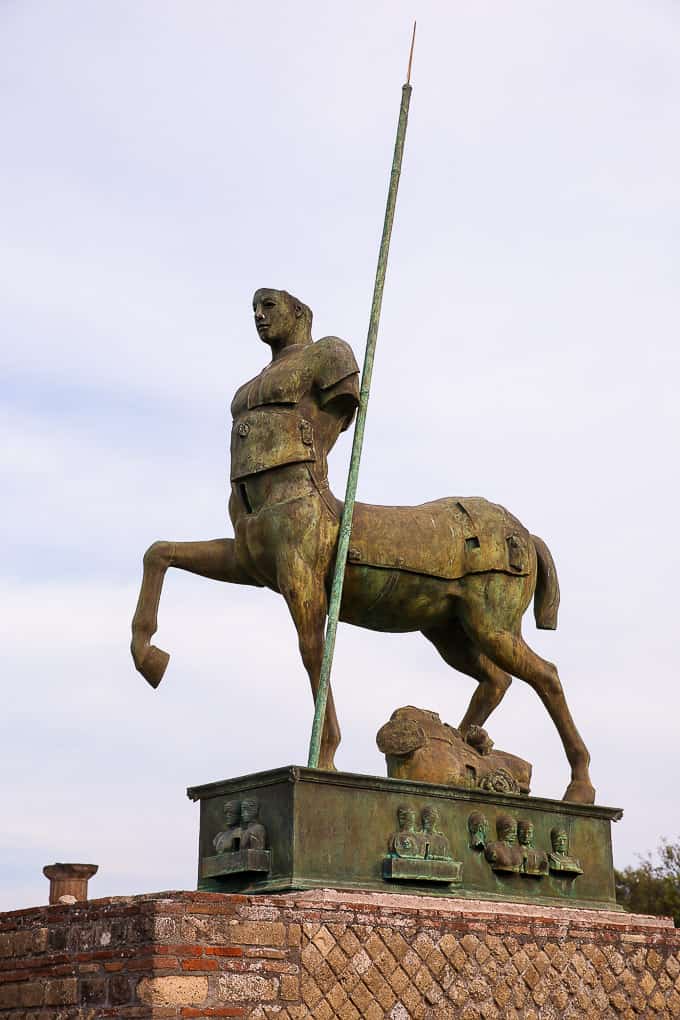 The site of Pompeii has a collection of well-preserved pottery, providing a glimpse into the everyday life of Romans thousands of years ago. 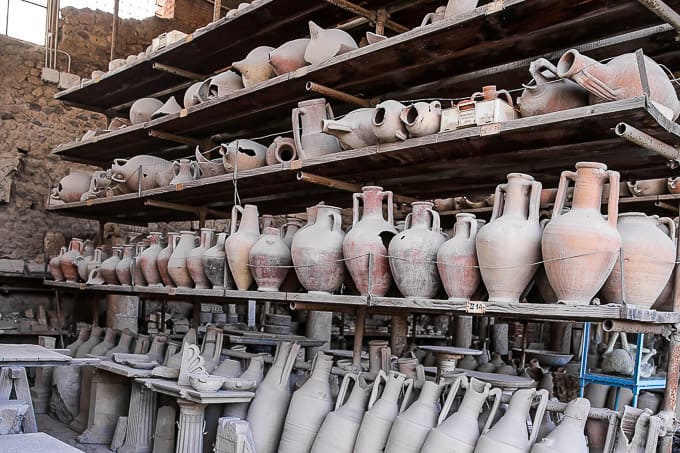 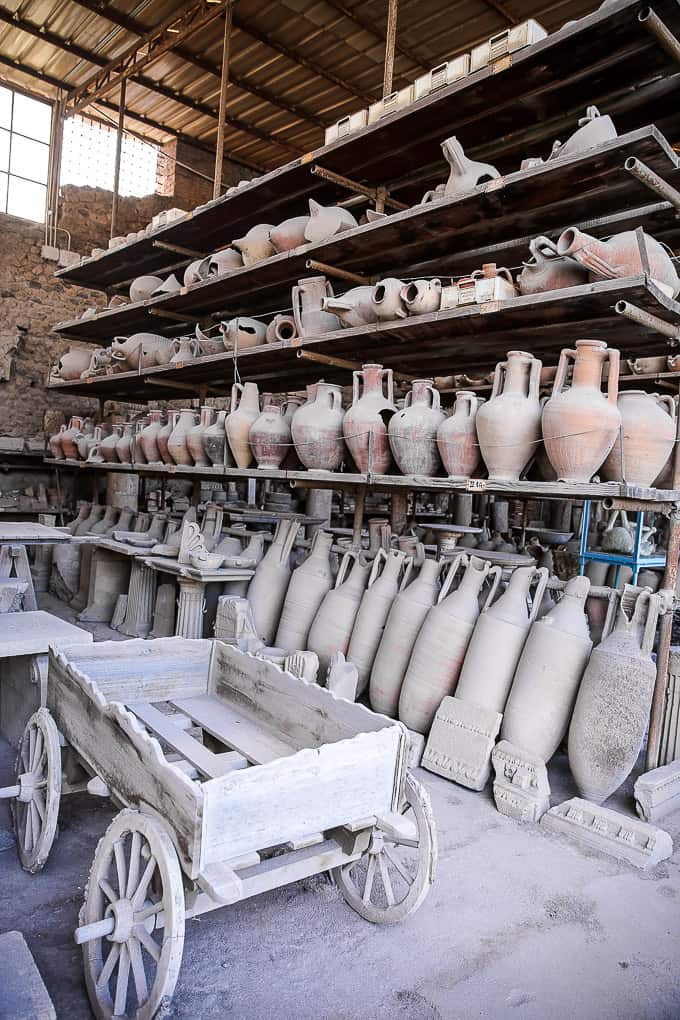 8. View of Pompeii Ruins with Mount Vesuvius in the background

As you are walking through Pompeii, look for the view of the Mount Vesuvius behind the ruins of Pompeii. 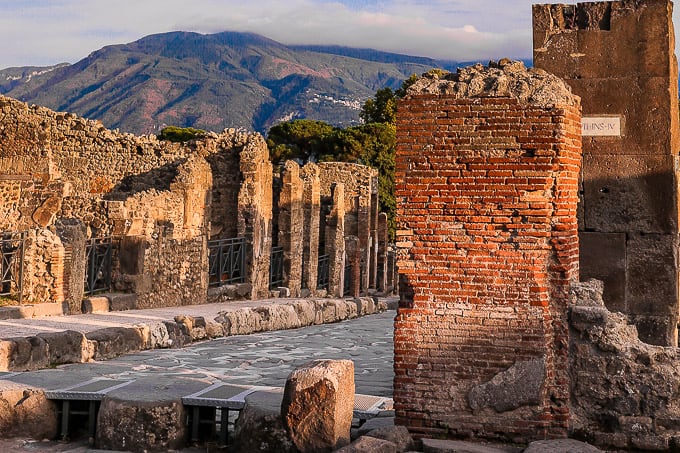 The ruins of the ancient city of Pompeii are located about 8 km away from Mount Vesuvius. 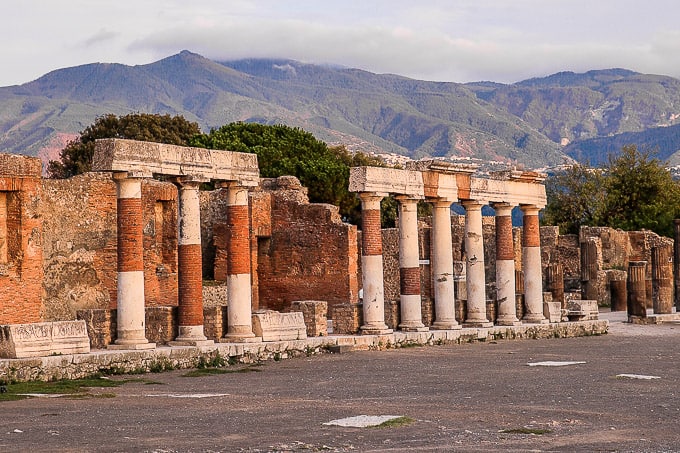 The streets of Pompeii are some of its most famous sights. These streets were once used by the ancient residents of Pompeii, and many streets are wide enough for 2-way traffic. 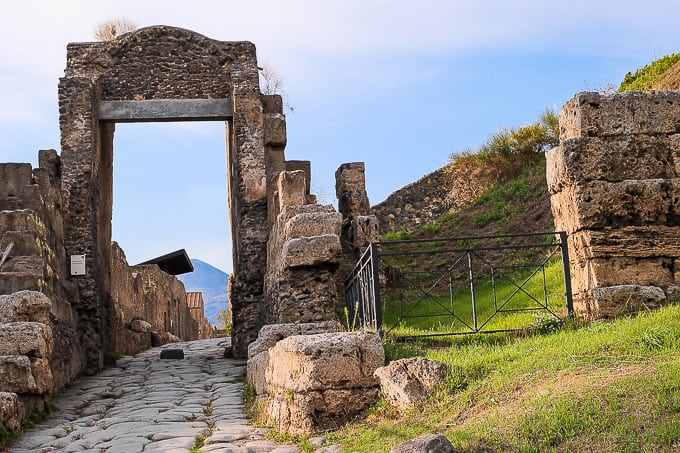 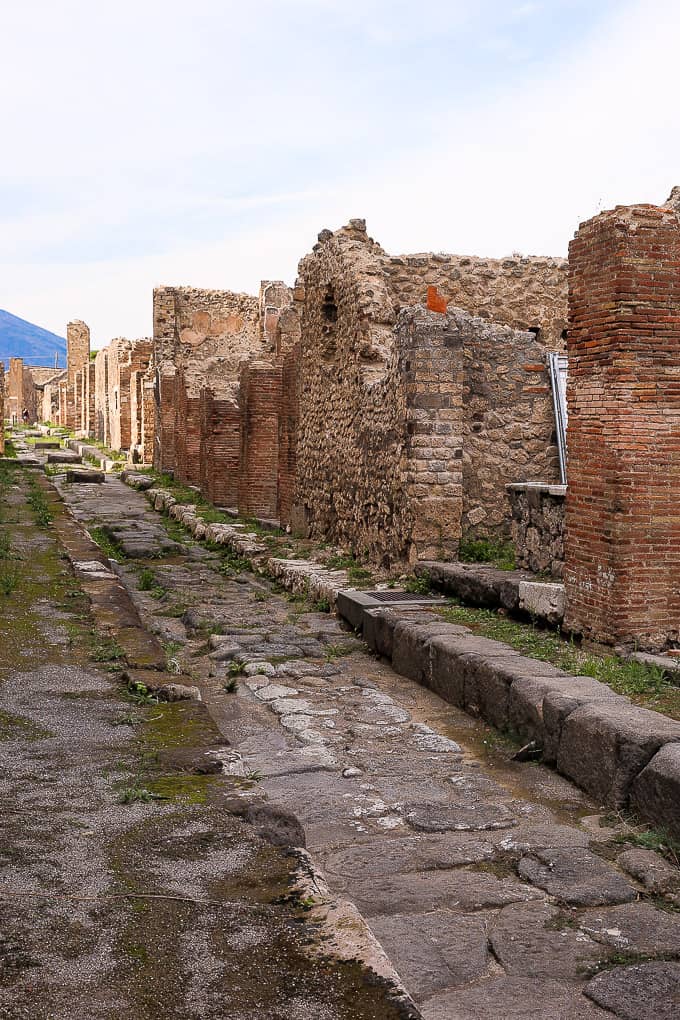 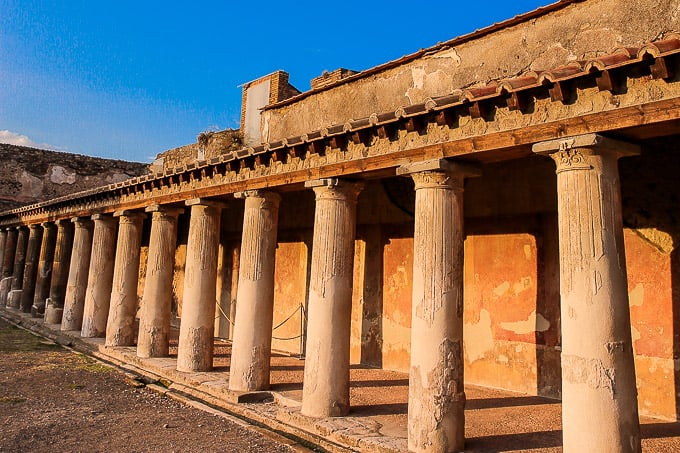 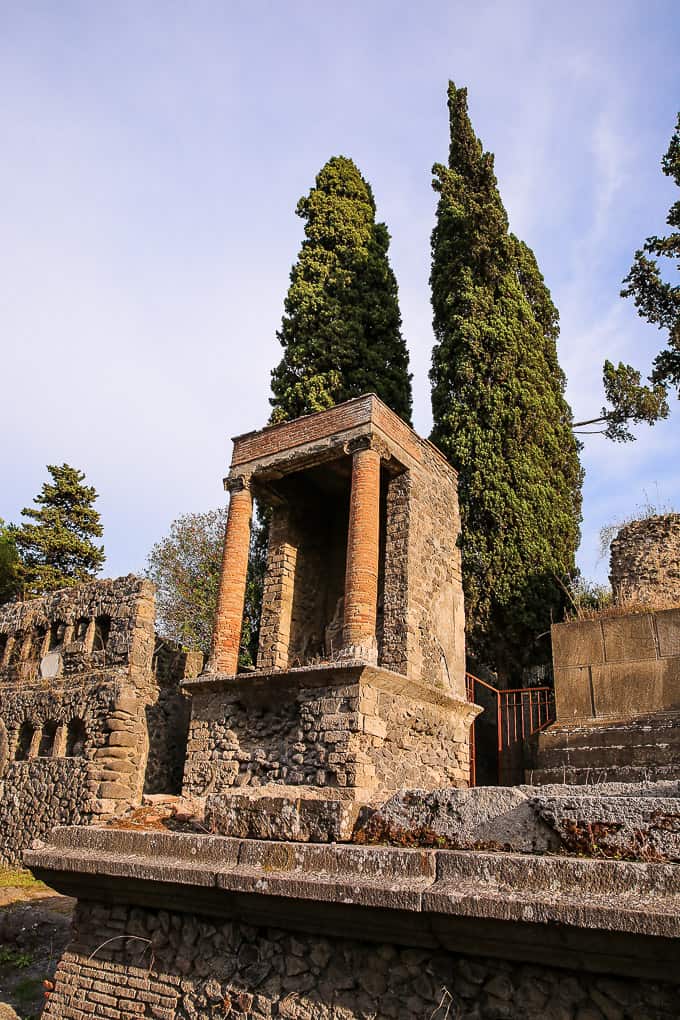 The interior of many buildings in Pompeii was covered with beautiful frescoes and paintings. 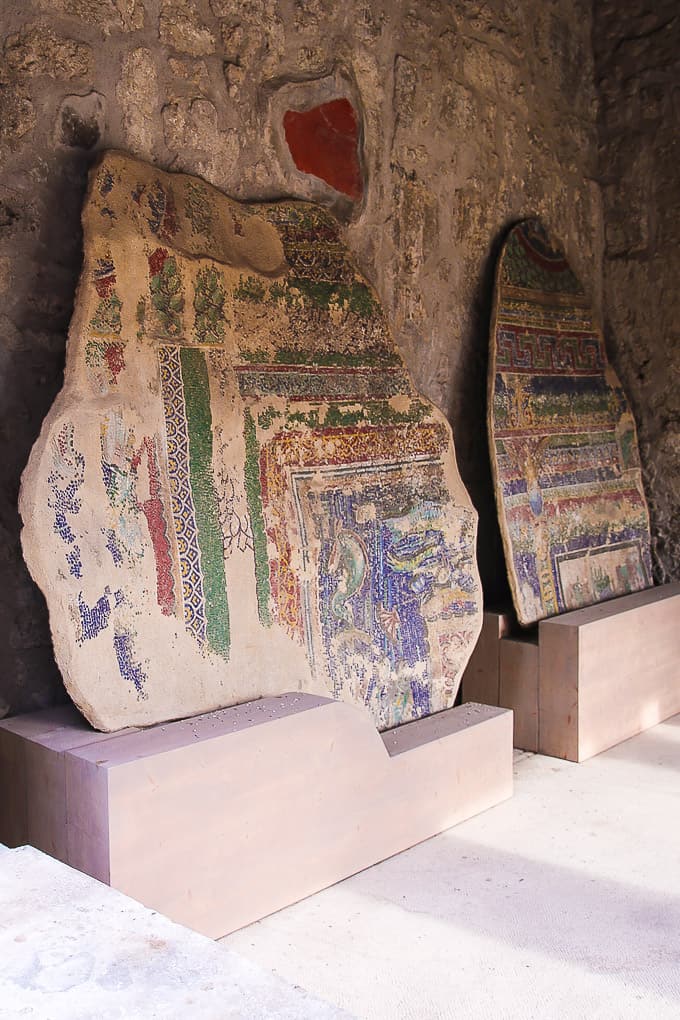