Assisi is a medieval hilltop town in the Umbria region of Italy with a rich history.  Assisi is home to many historically important buildings and artworks - enough to explore this beautiful town for days. But what if you are in Assisi for only one day? Discover Top 7 Things To Do in Assisi in 1 Day. 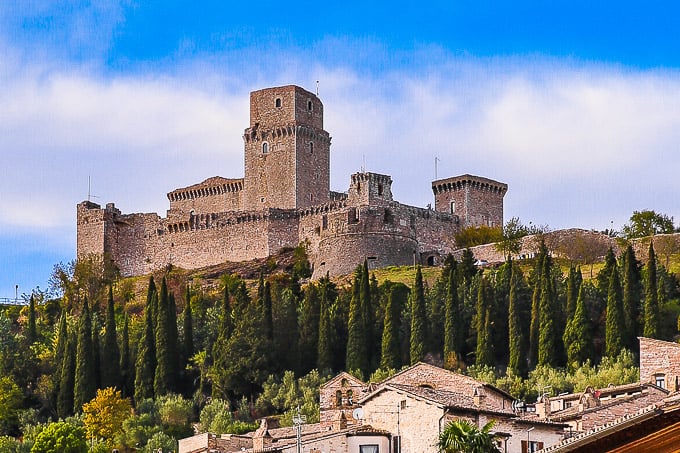 What is Assisi most famous for?

Most popular historic sites and landmarks in Assisi are related to the life of Saint Francis, one of the most important religious figures in history.   Saint Francis (born Giovanni di Pietro di Bernardone) was born in Assisi, founded his religious order in this town, and died in Assisi. 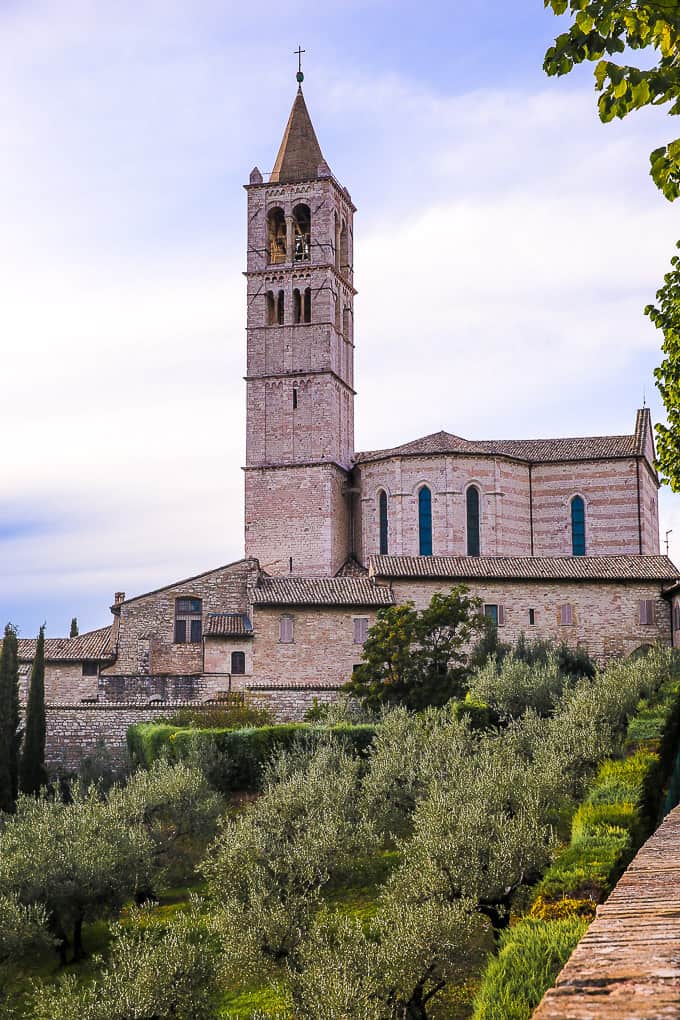 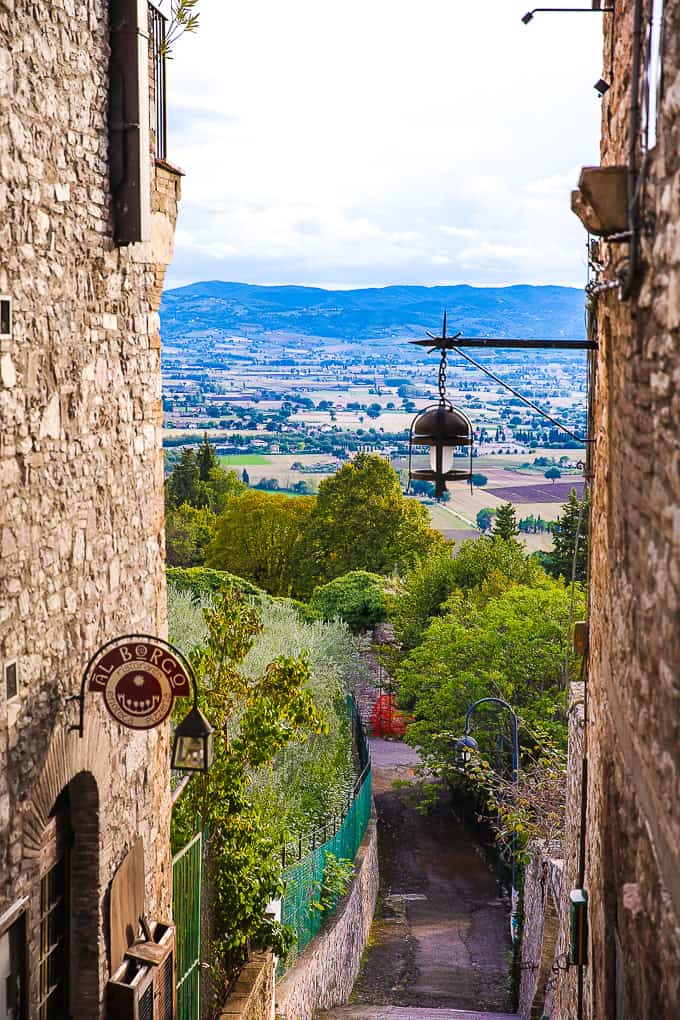 Top Things To Do in Assisi

Below is the list of the Top 7 Things To Do in Assisi in 1 Day.  Narrow and winding streets of Assisi will take you from one historic landmark to another. The town is surrounded by medieval walls, with the castle The Rocca Maggiore dominating the view. 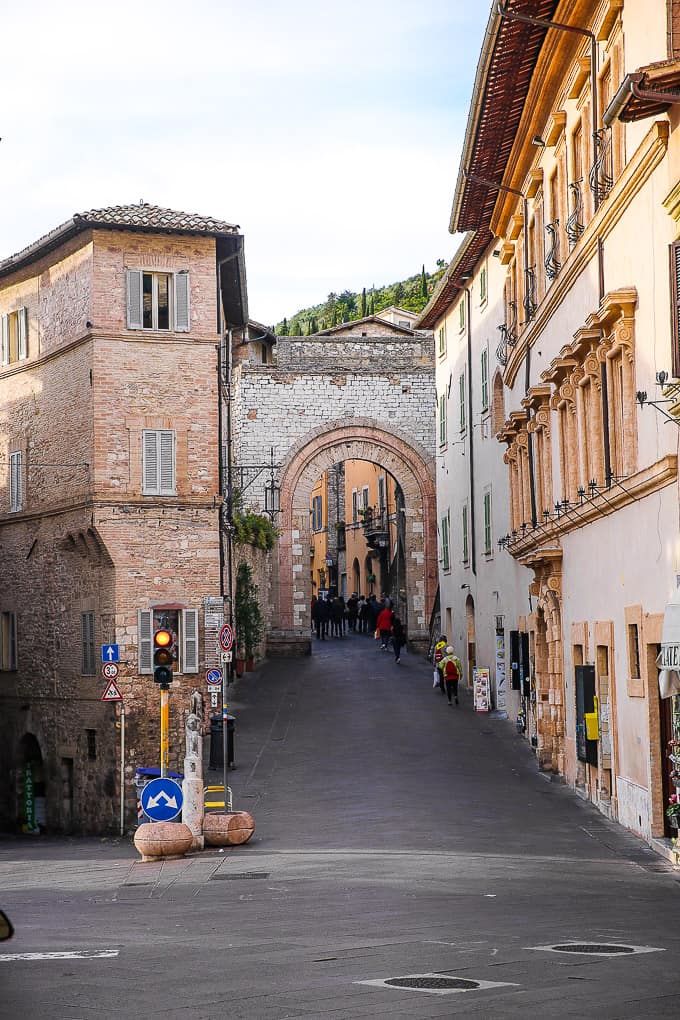 This grand castle is located on top of the hill overlooking the valley of Chiascio and Topino rivers. It dates back to the 12th century.  Take a walk from Assisi to Rocca Maggiore to see astonishing views of the surrounding areas from the castle. 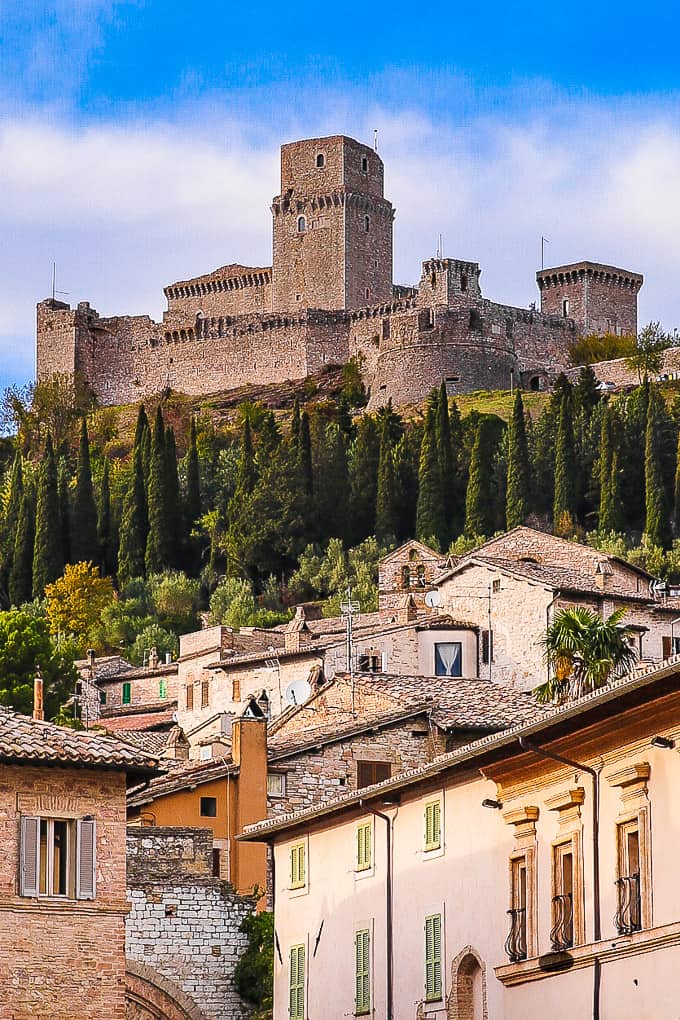 2. The Cathedral of San Rufino

The Cathedral of San Rufino dates back to the 12th century.  The construction of the cathedral began in 1140.  The cathedral features a Romanesque facade with rose windows.

The Cathedral of San Rufino contains the remains of bishop Rufinus of Assisi.   St. Francis of Assisi and St. Clare were baptized in this church. 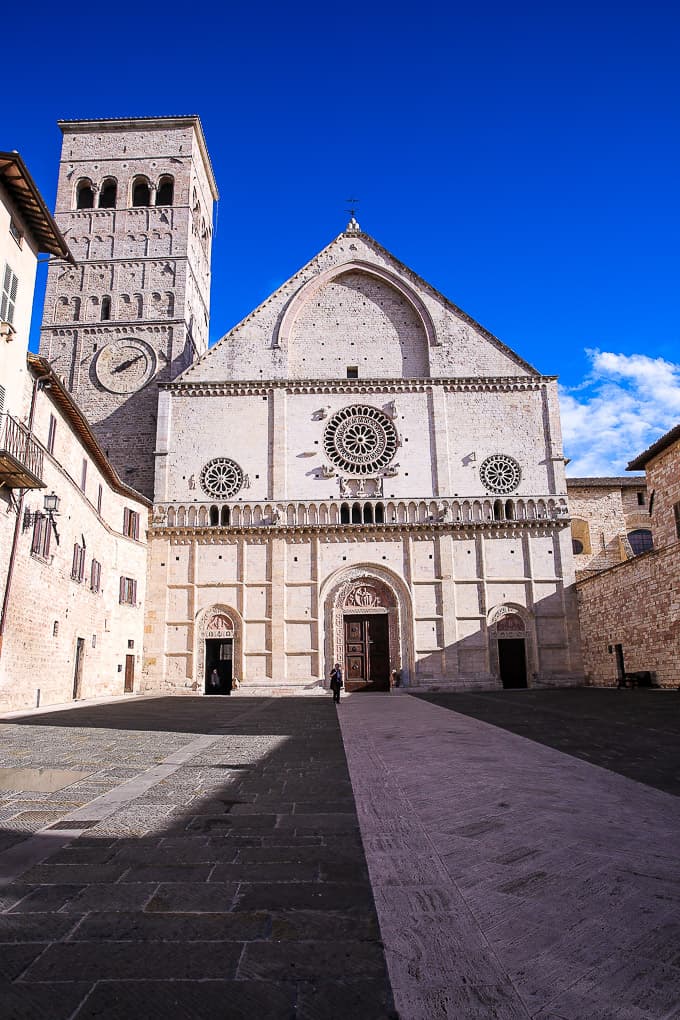 Basilica of St. Francis is the most notable historic building in Assisi. The building began in 1228 and was completed in 1253. This basilica houses some of the most important original frescoes completed by painters of the late Middle Ages.

The Basilica of Saint Francis of Assisi is one of the most important Christian pilgrimage destinations in Italy.

Basilica di Santa Chiara is dedicated to Saint Clare, the founder of the religious Order of Poor Ladies, known as the Order of Saint Clare.

The Basilica of Santa Chiara contains the tomb of St. Clare (Santa Chiara).  The construction of the basilica began in 1257.  This church is notable for historically important 13th‑century frescoes and paintings displayed inside. 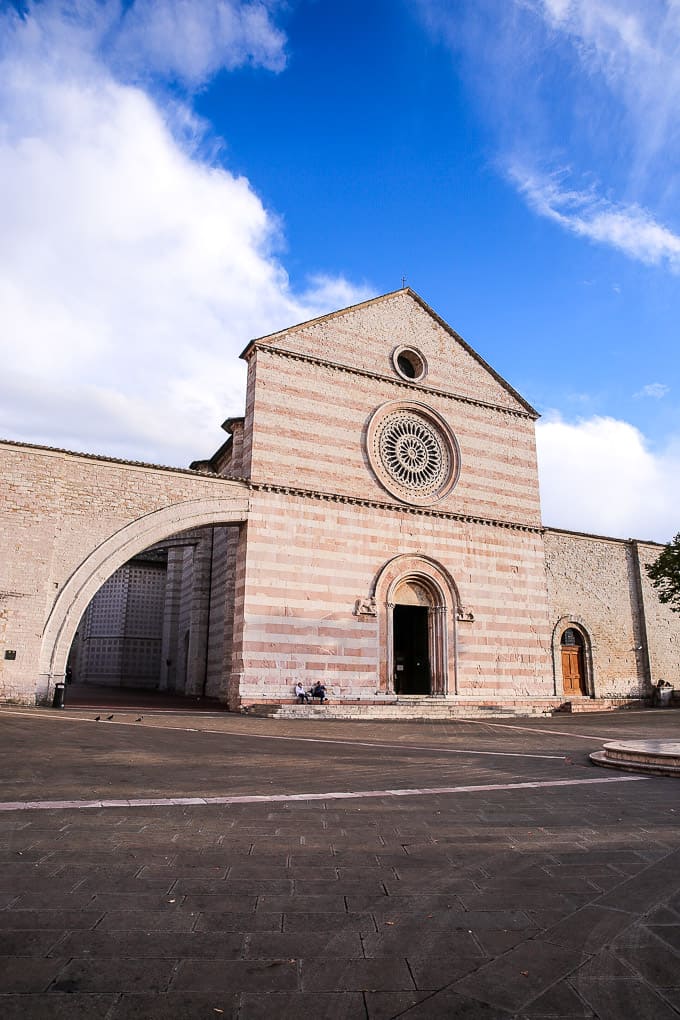 Temple of Minerva is an ancient Roman structure built in the 1st century BC, part of Roman remains.  These days, it houses a church, Santa Maria sopra Minerva. 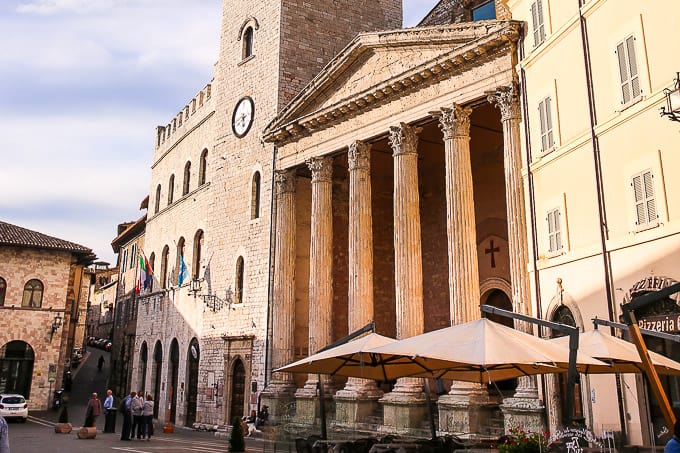 Piazza del Comune is the lively square in Assisi, the heart of the city.  It's packed with cafes and restaurants.    It's a great place to relax and enjoy your day.

The Temple of Minerva dating back to Roman times dominates the view. 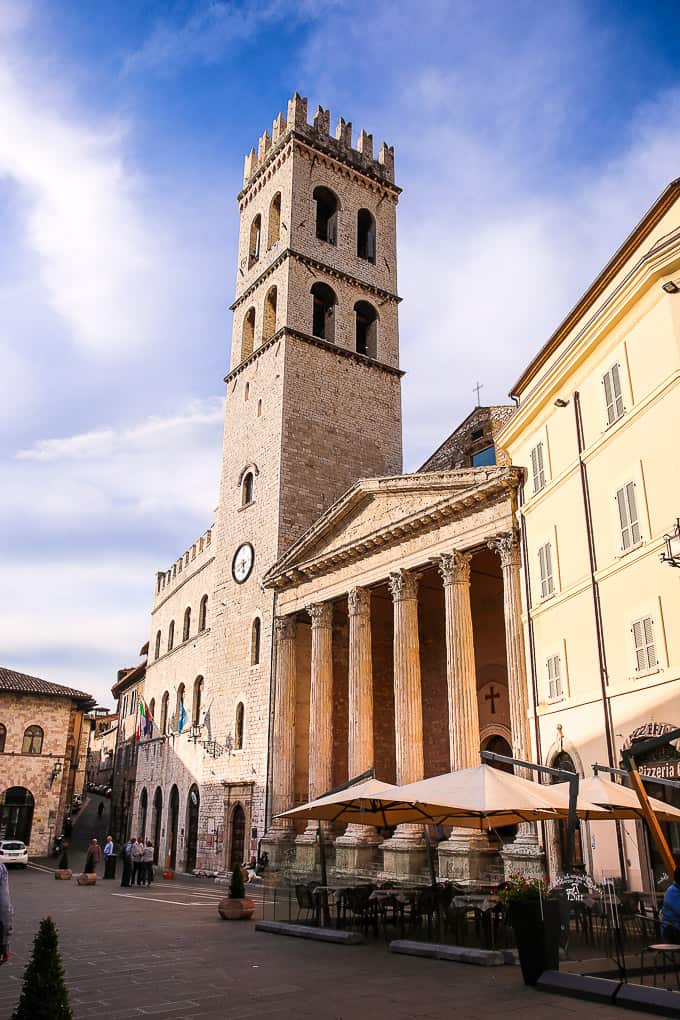 Chiesa Nuova was built in 1615 in a Renaissance style, with a high dome dominating the view. 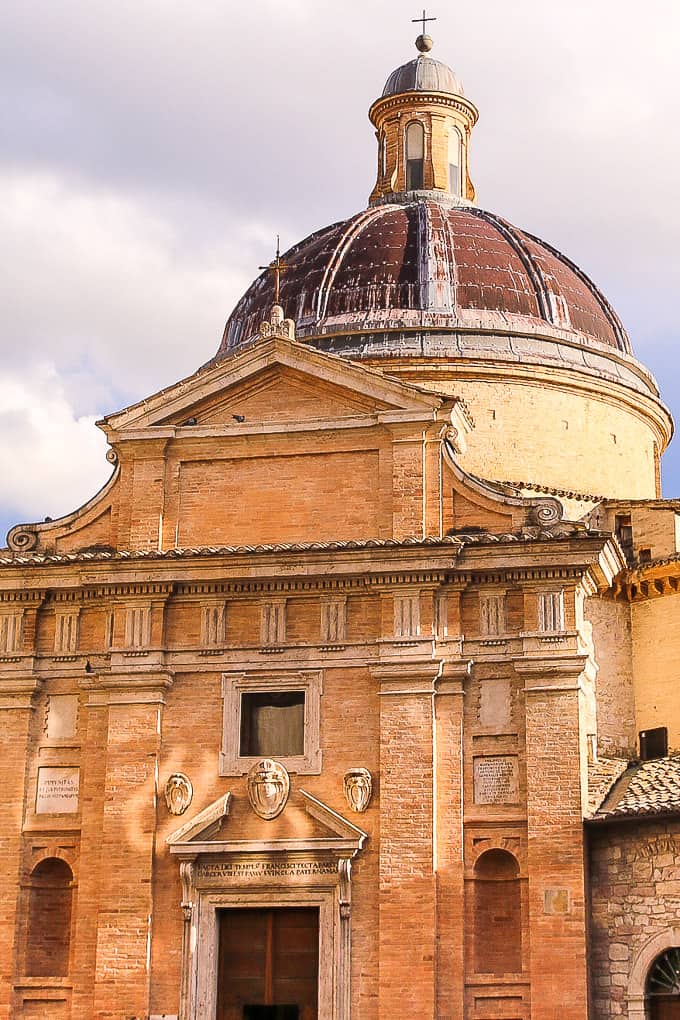