La Morra is a stunning hilltop medieval village in Piedmont, northern Italy.  The town overlooks the patchwork of vineyards, offers magnificent views, and boasts a rich history. Discover the Top 6 Things To Do in La Morra! 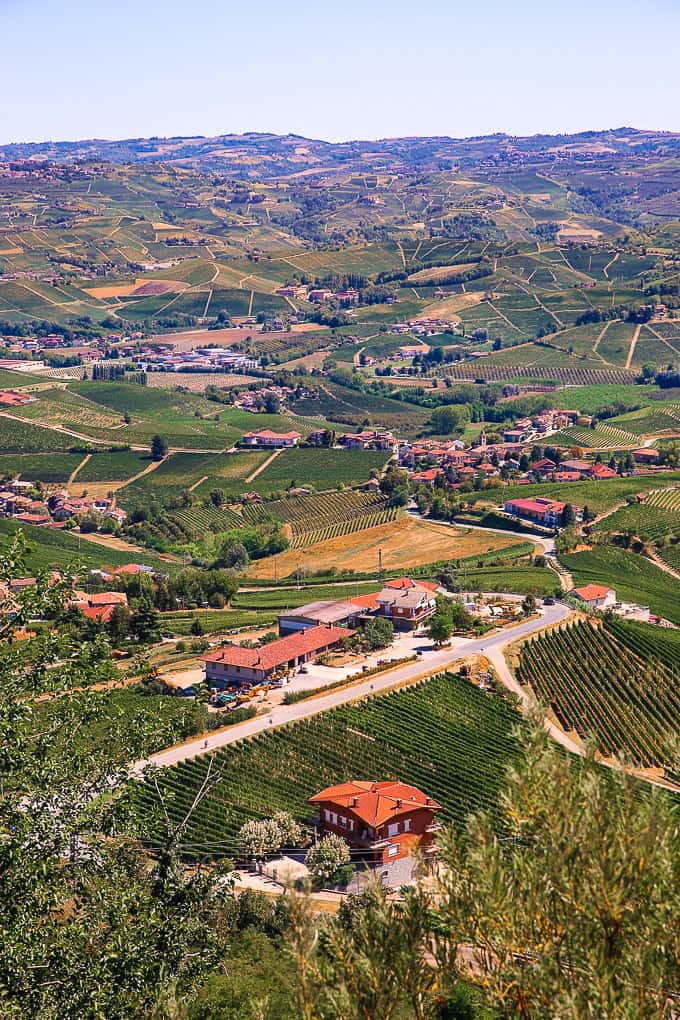 La Morra is a picturesque little town located at the top of the hill and surrounded by vineyards.  If you arrive on a sunny day, you'll get to see some of the most impressive views of the Langhe area.

La Morra is part of the Langhe area extending to the south of the Piedmont region.  The Langhe area is famous for its hilltop castles and fortresses.  This region is known for producing some of Italy's best wines, Barolo.   Other notable wines of the area are Barbaresco, Barbera, Dolcetto d’Alba, and Moscato d’Asti.

The Langhe area is also famous for white truffles and hazelnuts.  The truffle season kicks off in the Fall.  Hazelnuts are the main ingredient in many local products, including Torrone candy and chocolate products. 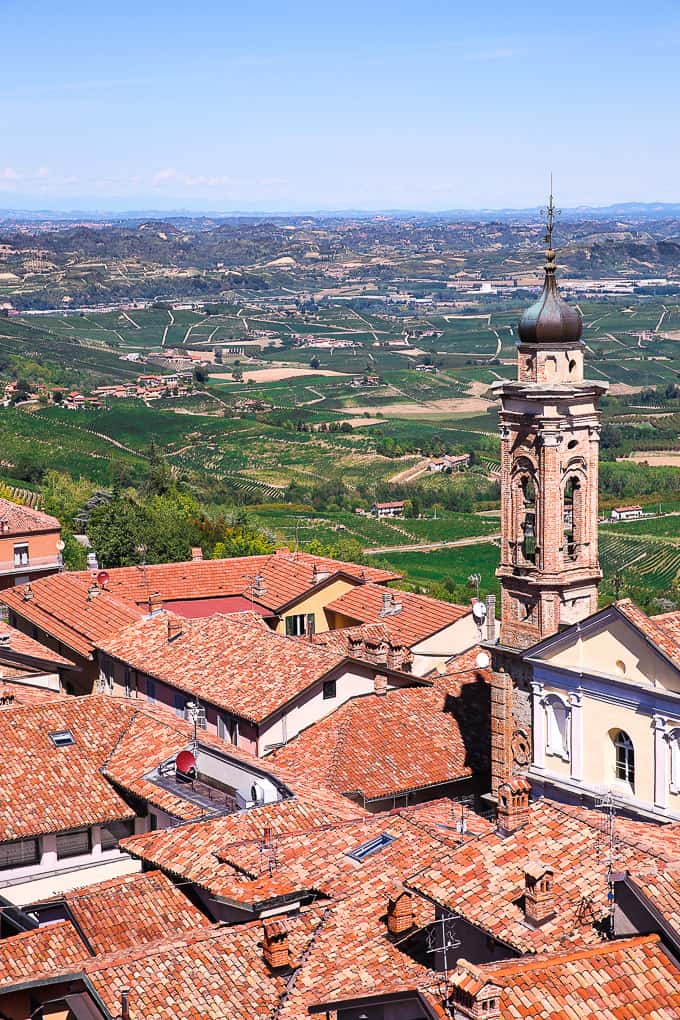 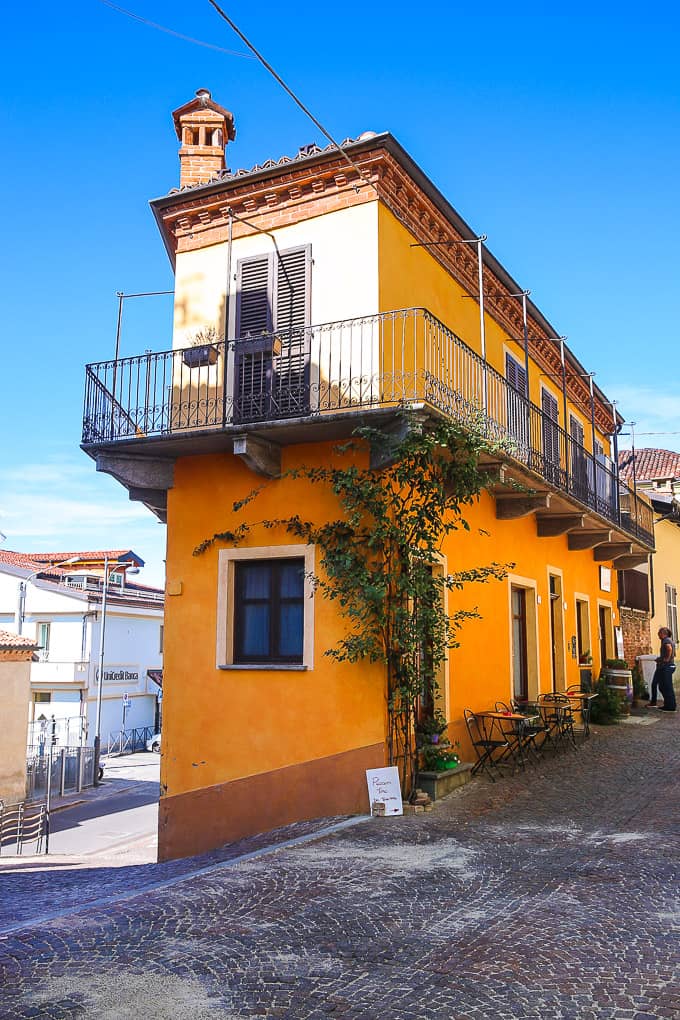 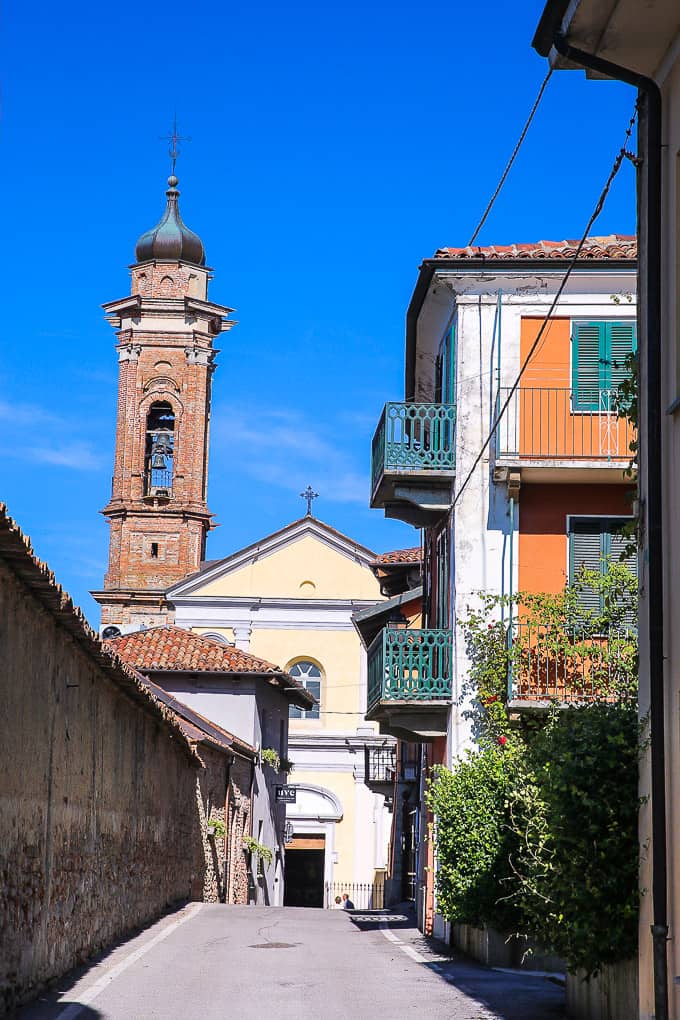 6 Things to do in La Morra

The Church of San Sebastiano is a small Italian church with a beautiful interior! 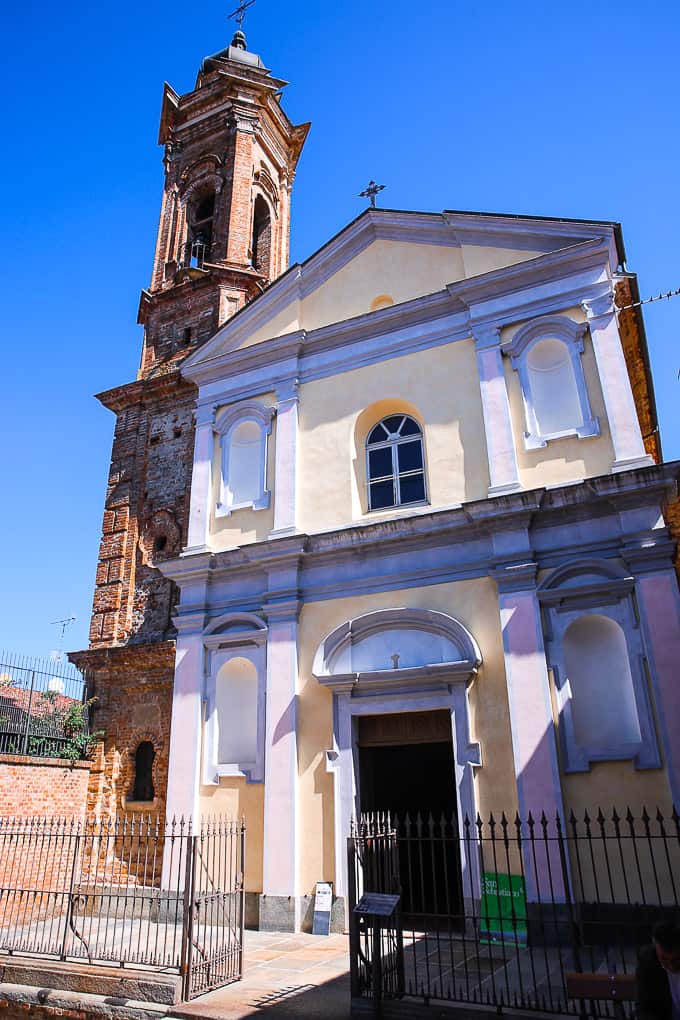 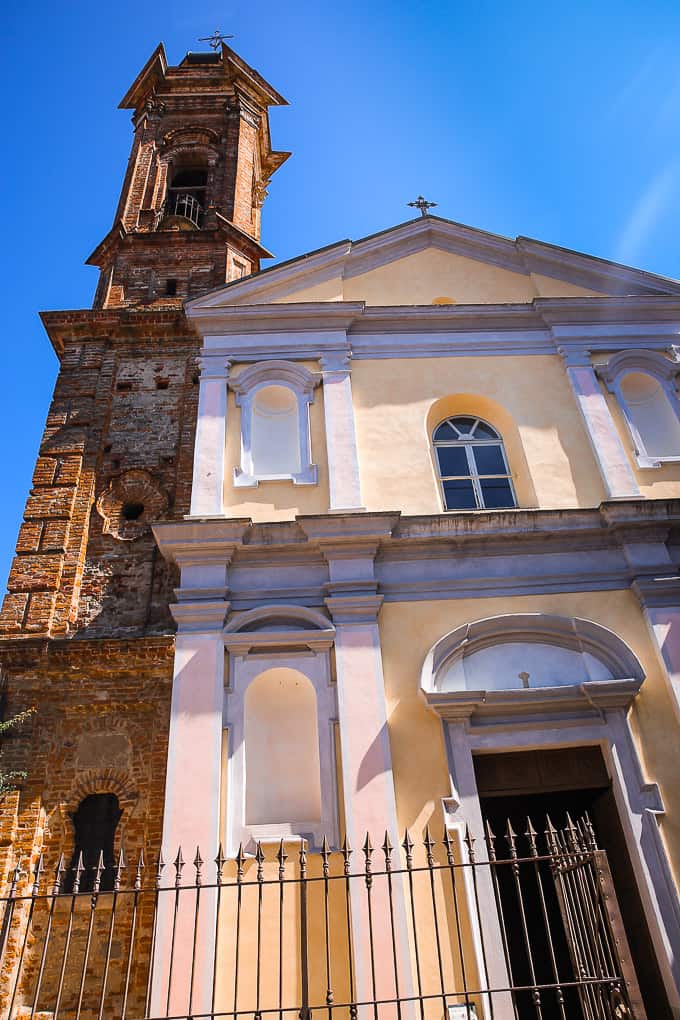 The tower of La Morra is an imposing structure that offers magnificent views from the top.

You can walk up the steps in the tower and take amazing photos from the top.  You get a great view of the valley from the top of the bell tower. 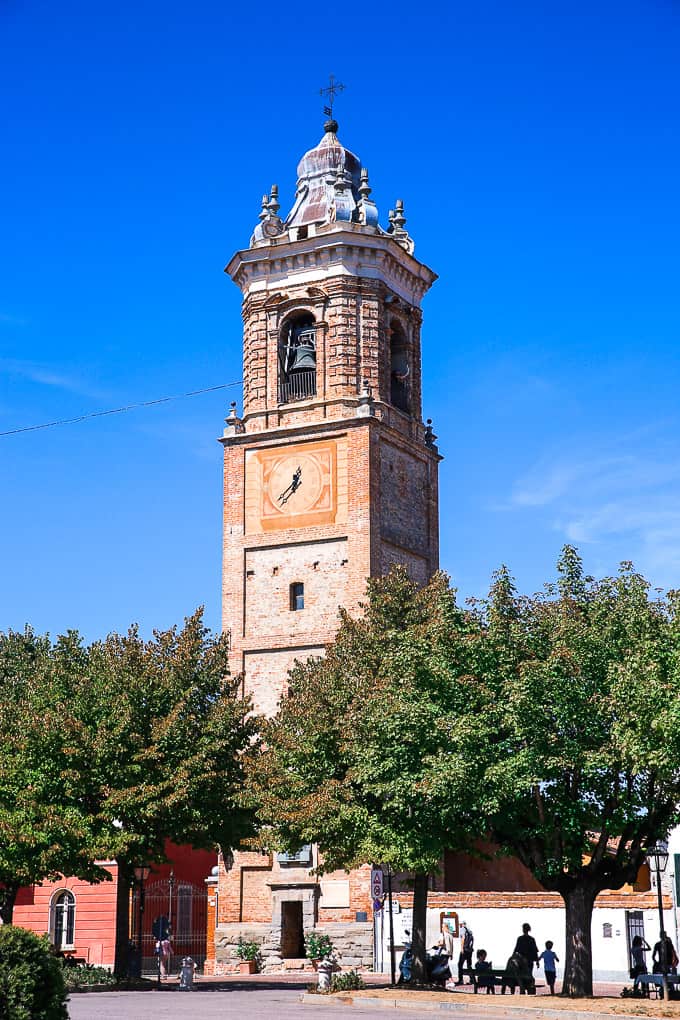 The views from the tower are breathtaking.  For example, you can see the Church of San Sebastiano from above.

You can also observe the endless vineyards. 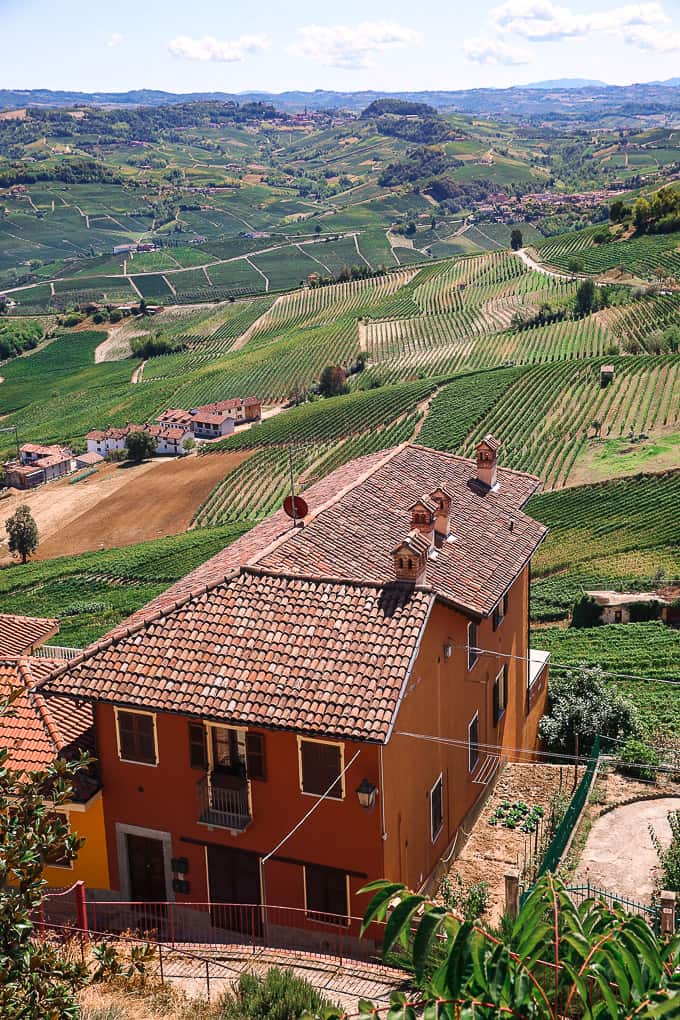 The church of San Martino is a Catholic church built on a hill in La Morra.  It's an impressive architectural structure that is impossible to miss. 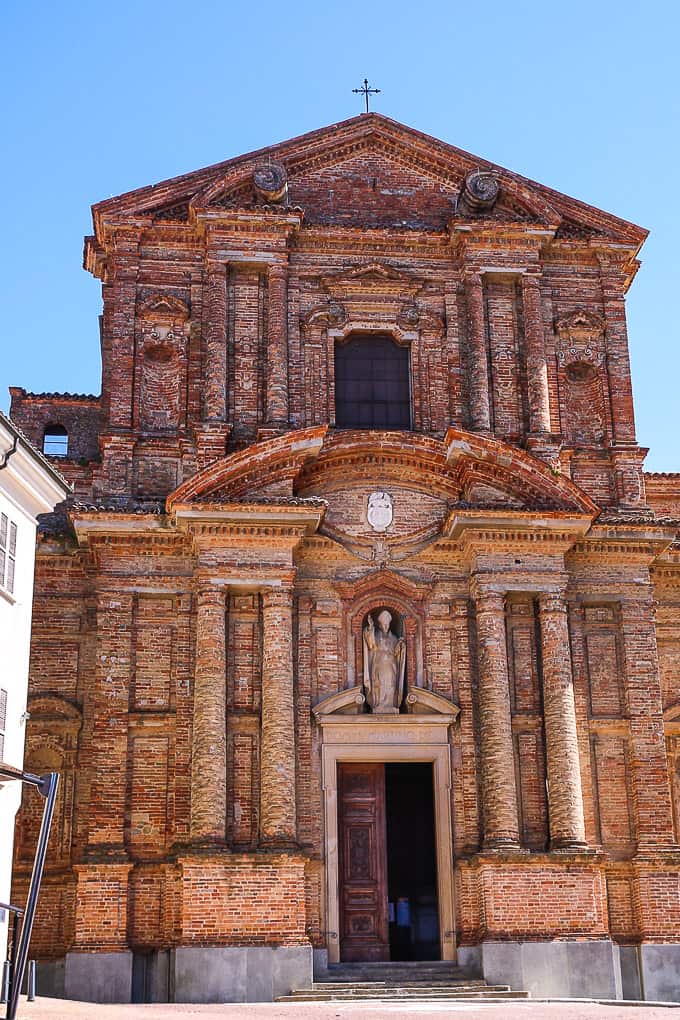 There are many little cafes, bars, and restaurants in La Morra.   You could spend a whole day in this town, exploring the streets and enjoying the views. 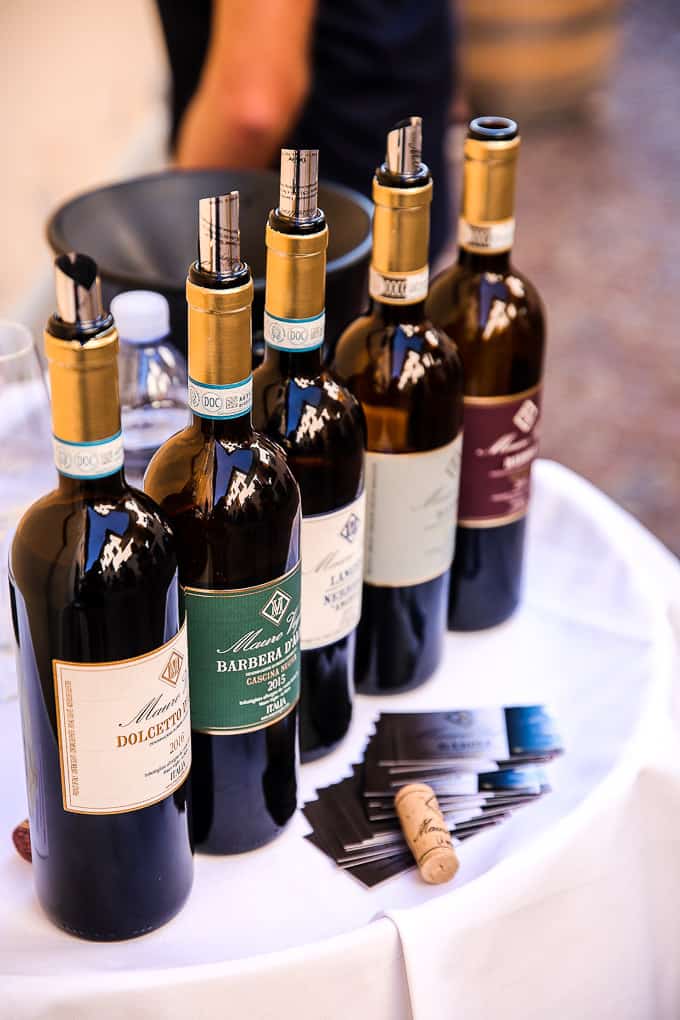 La Morra is famous for its scenic points. There are several areas around the town where you can get the most magnificent views of the Langhe area.   On a clear day, you will get amazing photos of beautiful vineyards, rolling hills, and churches in the valley.  The vineyards look like an intricate patchwork spread out all the way to the horizon. 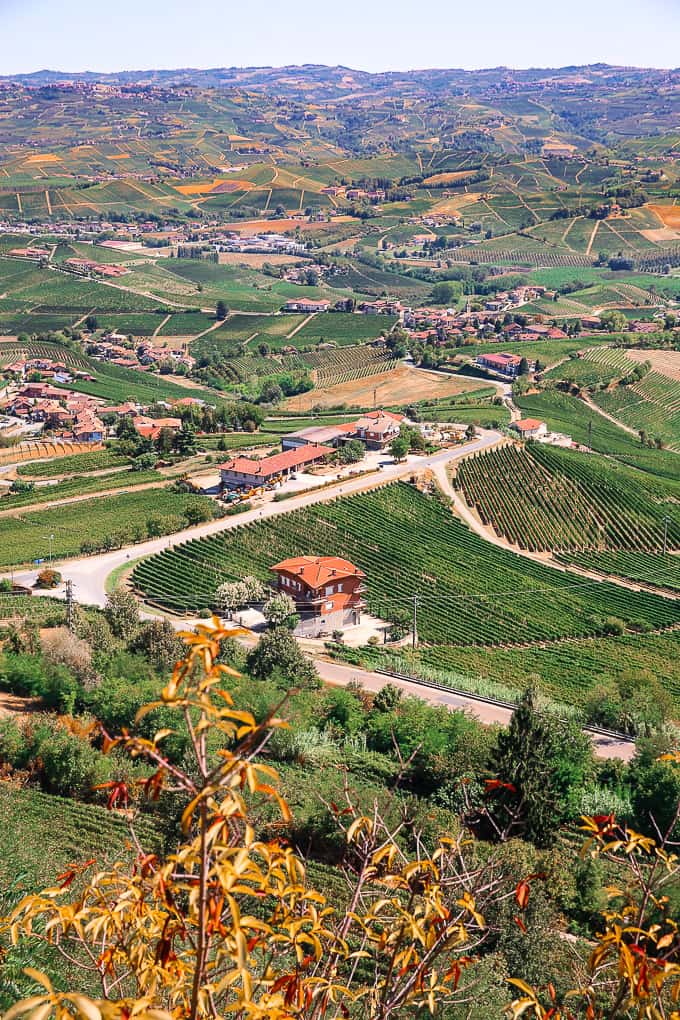 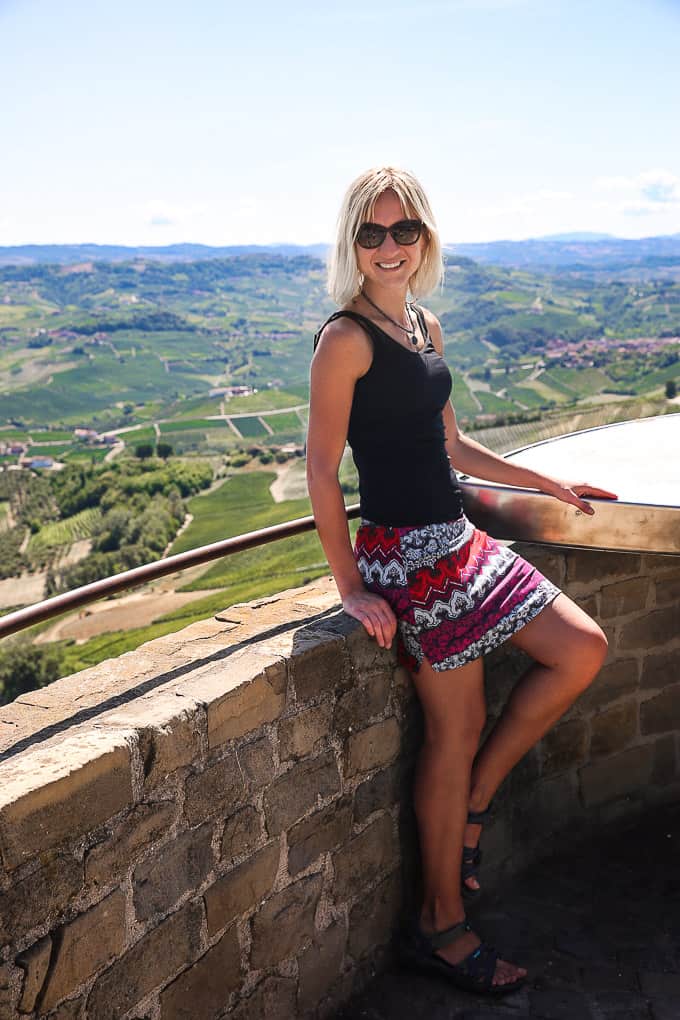 Many towns in this area have a tradition of holding all kinds of traditional festivals.  We were lucky to attend a wine festival during our visit to La Morra.  The local wine producers lined the streets of La Morra to share their wonderful wine.

It was a fun event with a lot of people, a lot of wine tasting and live music. 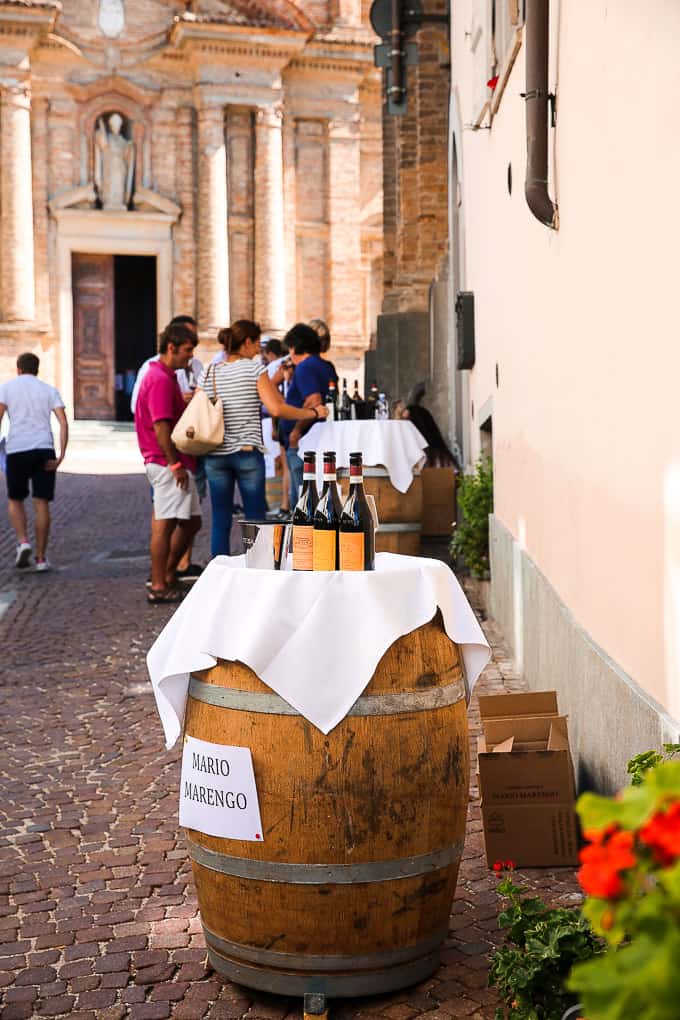 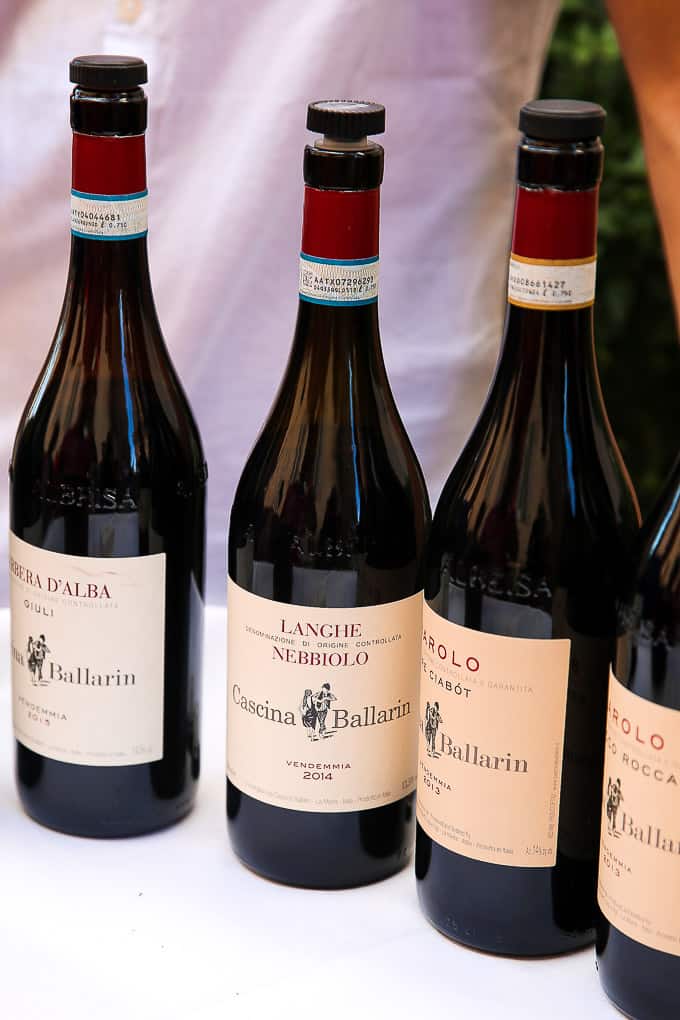 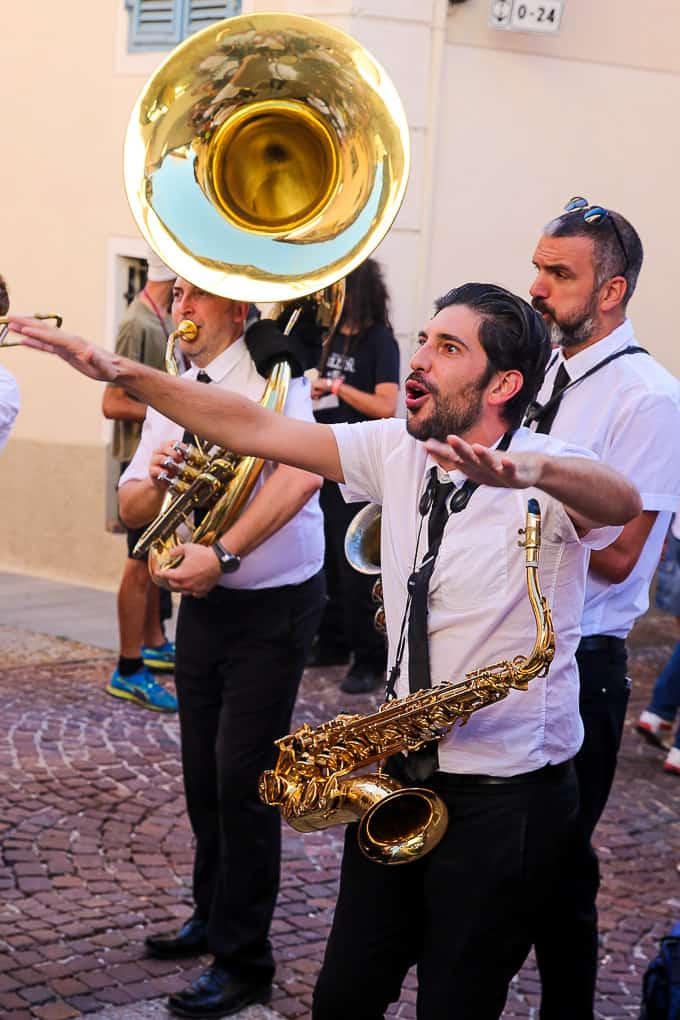