Forza d'Agro is a small medieval fortress village perched on a hill at about 420 meters above the Ionian sea in Sicily.  Forza d'Agro is famous as the filming location of The Godfather movies. Discover the 8 Best Things To Do in Forza d'Agrò in one day! 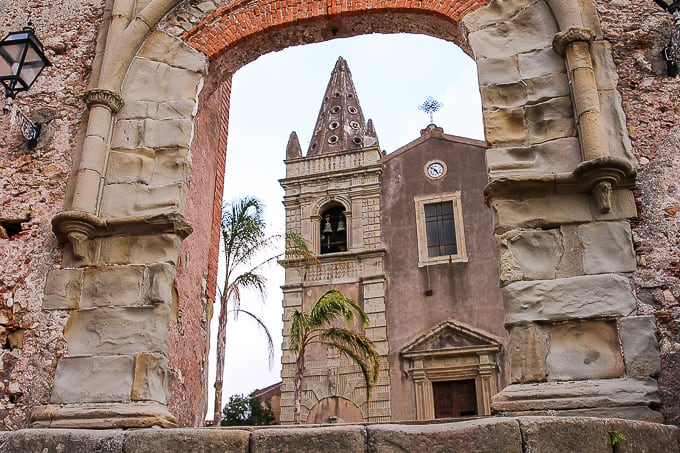 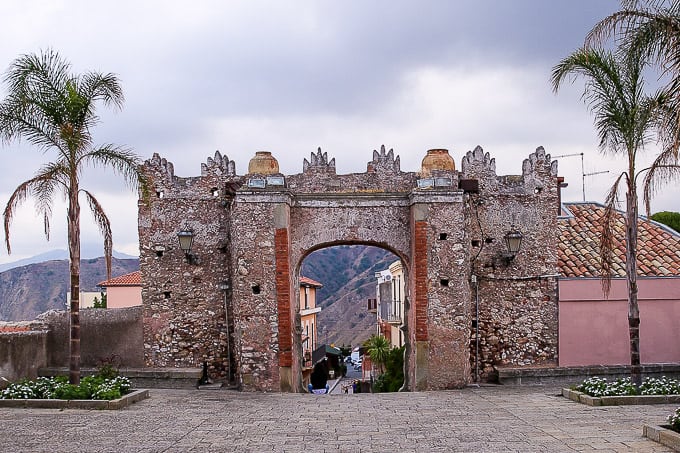 8 Best Things To Do in Forza d'Agrò

The village of Forza d'Agrò has remained largely untouched by modernization. There are still many traditional Sicilian houses and buildings. The lanes are paved with stone.  Forza d'Agrò is great for walking and not so great for cars.  This quiet village will transport you back in time.

It's exactly for these reasons that Forza d'Agrò was chosen as the filming location for the Francis Ford Coppola's Godfather movies.   The village is located close to another town featured in The Godfather movie, Savoca.  Be sure to visit both towns!  Read on to discover the 8 Best Things To Do in Forza d'Agrò in one day!

1. The church of the Santissima Annunziata (Mother church)

This church was used as a filming location for scenes in The Godfather movies.

2. The church of the Santissima Trinità

The church of the Santissima Trinità is also called the Church of Holy Trinity or the Sant'Agostino Church. This church dates back to the 15th century. It's located in the Piazza della Triade along with the Augustinian Convent.

To reach the church, you have to climb up the sandstone staircase and pass through the fifteenth-century Catalan Gothic arch, The Arco Durazzesco.

The church has a beautiful tower with a pyramid-shaped spire. The interior of the church consists of a single nave and there are a number of artworks in the church. 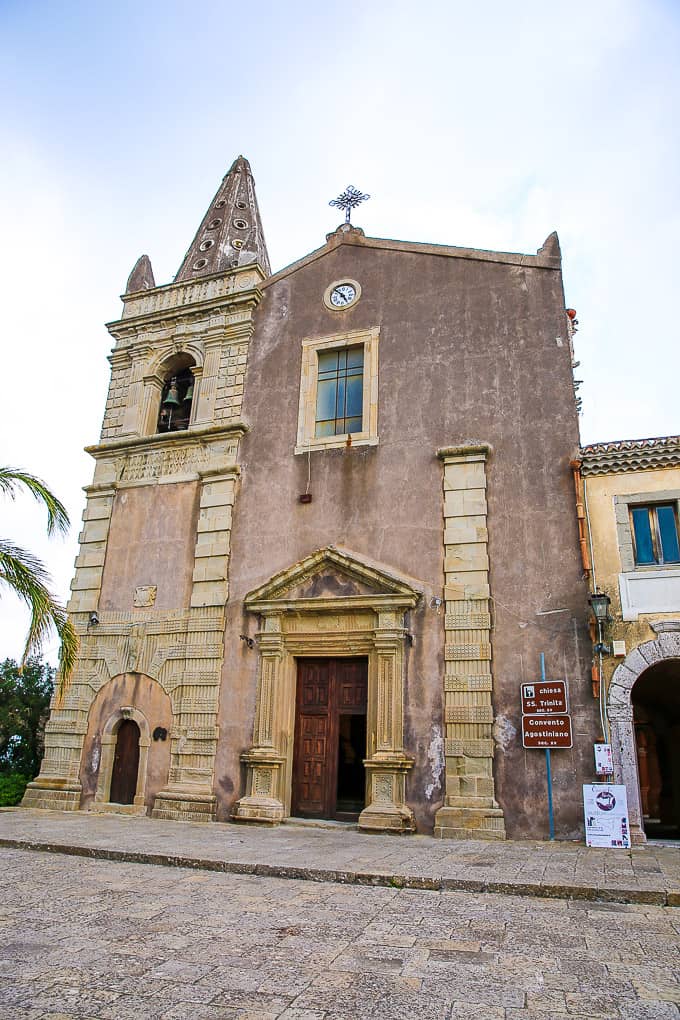 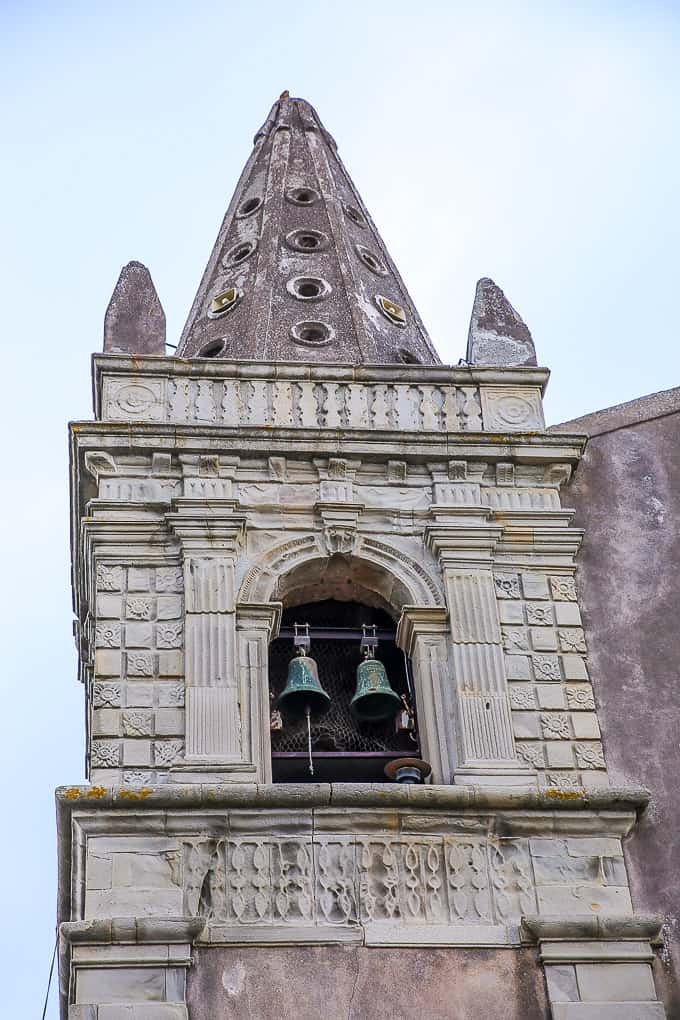 The Augustinian Convent is located next to the church of the Santissima Trinità in the Piazza della Triade.  The convent was built in the 16th century.

The Arco Durazzesco is an impressive 15th century Catalan Gothic arch that you have to pass through to get to the church of the Santissima Trinità (the church of the Holy Trinity).  To reach the arch, you climb up a sandstone stairway.

The arch leads onto the Piazza della Triade, where the ancient church of the Holy Trinity and the Augustinian Convent are located. 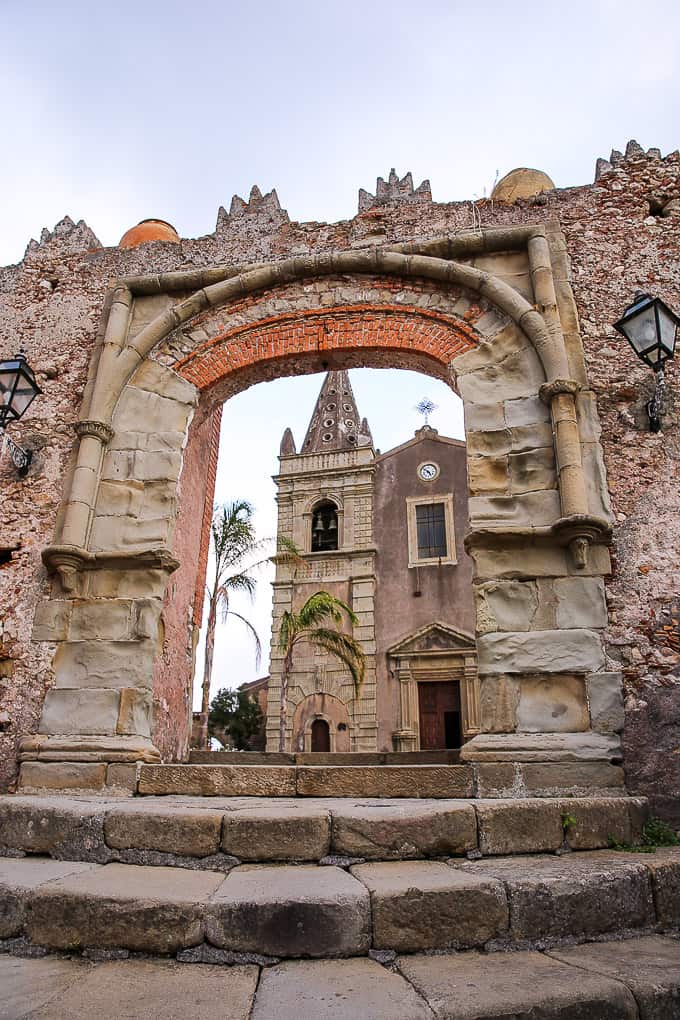 Piazza della Triade is one of the most beautiful spots in Forza d'Agrò. It is in this piazza that the ancient church of the Holy Trinity and the Augustinian Convent are located. It's also a great panoramic viewpoint. From here you can see Forza d'Agrò, the stunning surrounding areas, and the Bay of Taormina.

6. The Church of San Francesco

The Church of San Francesco was built in the 15th century by the Franciscan Friars Minor. It's a small and very welcoming village church.

7. The Historic Center of Forza d'Agro

Forza d'Agro has a beautiful historic center largely untouched by modernization. There are many medieval structures, including typical Sicilian houses, churches, palaces, and buildings. The winding lanes are paved with stone. The streets are narrow and unpassable by cars.

Forza d'Agrò's exceptional location on a hilltop offers breathtaking panoramic views of the surrounding area: the Ionian coast, the bay of Giardini-Naxos and even Mount Etna.  You can enjoy astonishing views right from the center of Forza d'Agrò.

The views are also spectacular on the way to the village.  Here is the picture of the view on the way from Savoca to Forza d'Agrò: 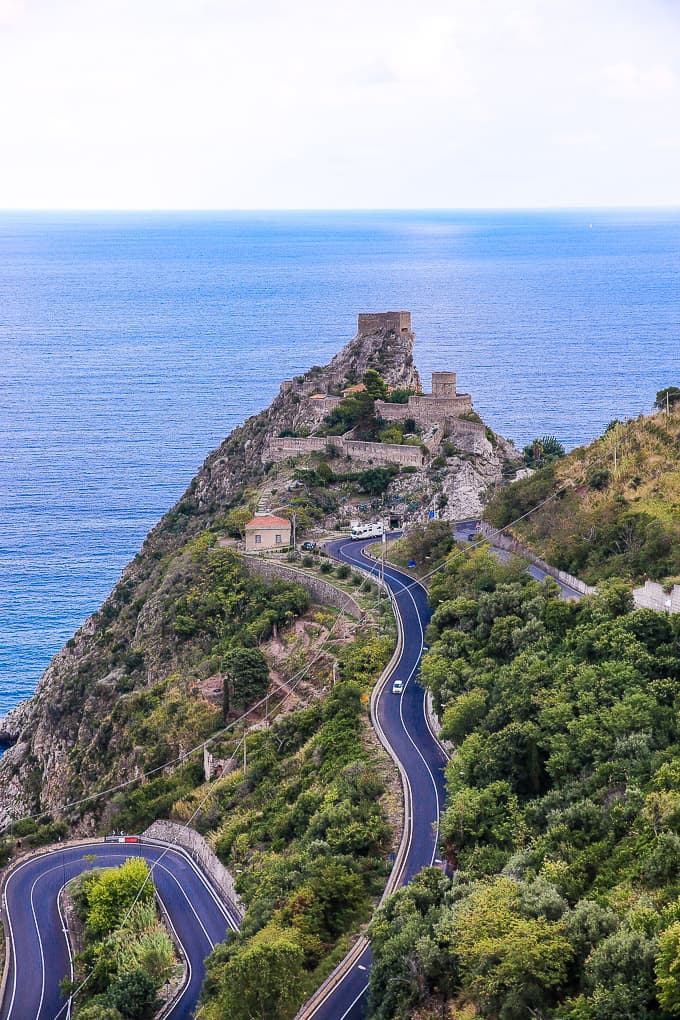 Things To Do Near Forza d'Agro:

If you are visiting Forza d'Agro, make sure to pay a visit to Savoca, another town featured in The Godfather movie.   It's only a short drive by car from Forza d'Agro.

« 10 Best Things To Do in Savoca, Sicily
3 Stunning Filming Locations of The Godfather Movie in Sicily »
110 shares