Asiago Chicken Pasta with Sun-Dried Tomatoes and Spinach – with everything smothered in a delicious Asiago cheese sauce. Easy recipe that tastes great and looks great. 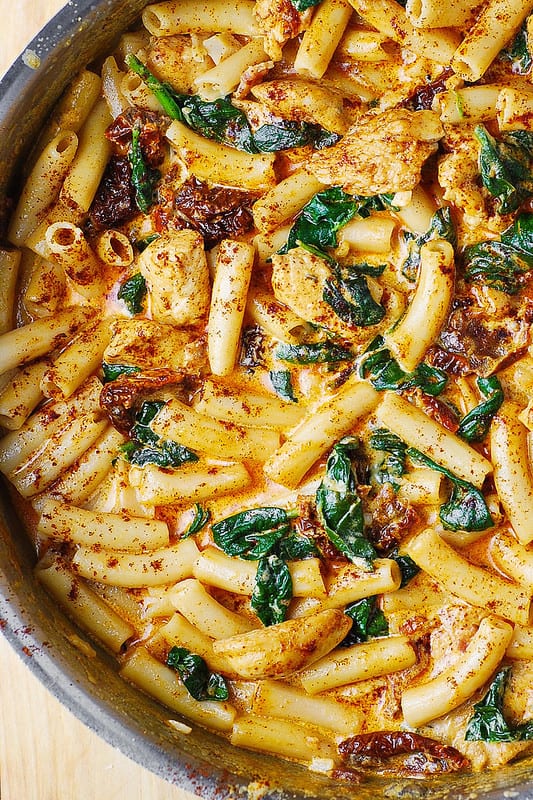 If you love Asiago cheese, this is a great recipe to try! Asiago definitely has a very strong and distinctive flavor, and when melted into a creamy sauce for this Asiago Chicken Pasta, that flavor becomes more smooth yet you can still recognize it’s an Asiago cheese. To me, using Asiago cheese in a pasta sauce is my favorite way to use it. And it is perfectly complemented by chicken sauteed with garlic, spinach, and sun-dried tomatoes! 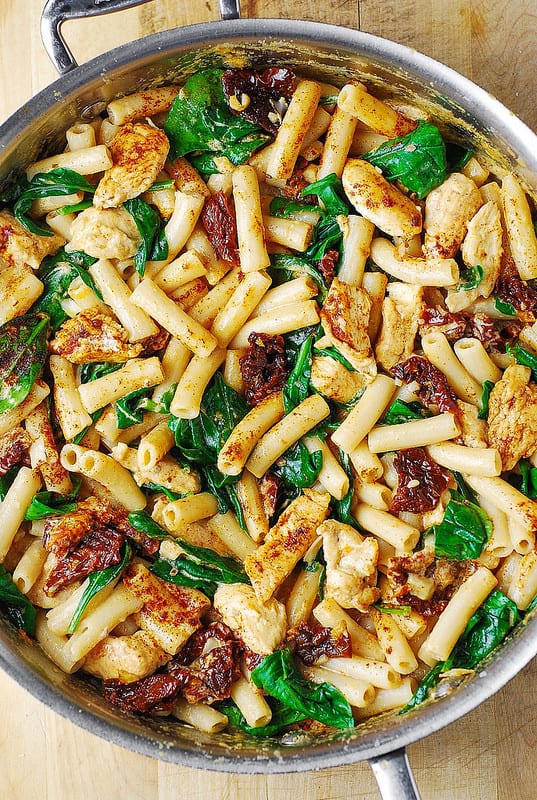 Short pasta, such as penne, is perfect for creamy pasta recipes like this one – Asiago cheese cream sauce perfectly coats every single pasta bite. Both pasta and chicken are literally drowning in the Asiago sauce deliciousness! This recipe can easily be made gluten free by using gluten free brown rice penne. 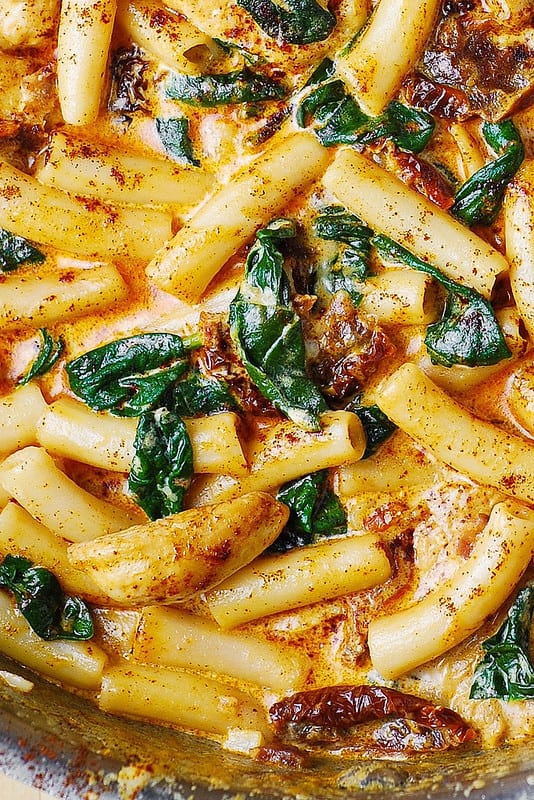 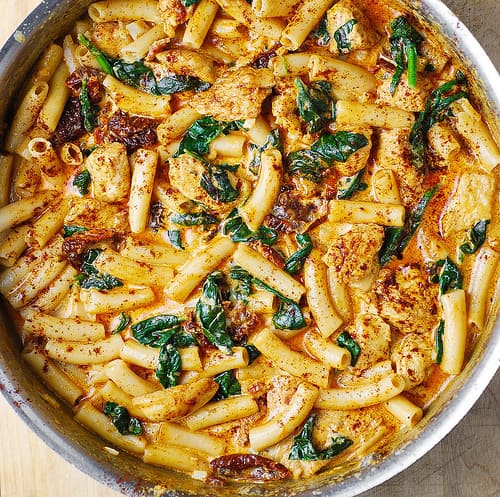 In this recipe, everything is smothered in a delicious Asiago cheese cream sauce: chicken sauteed with garlic, sun-dried tomatoes, and spinach.

To substitute for 1 cup of half-and-half, do this: combine 1/2 cup of whole milk with 1/2 cup of heavy cream.