Venice is a stunning city on the water with a rich history and an amazing architecture.  Discover the Best 10 Things To Do in Venice.  Visit the best and the most visually stunning sights in this romantic city. 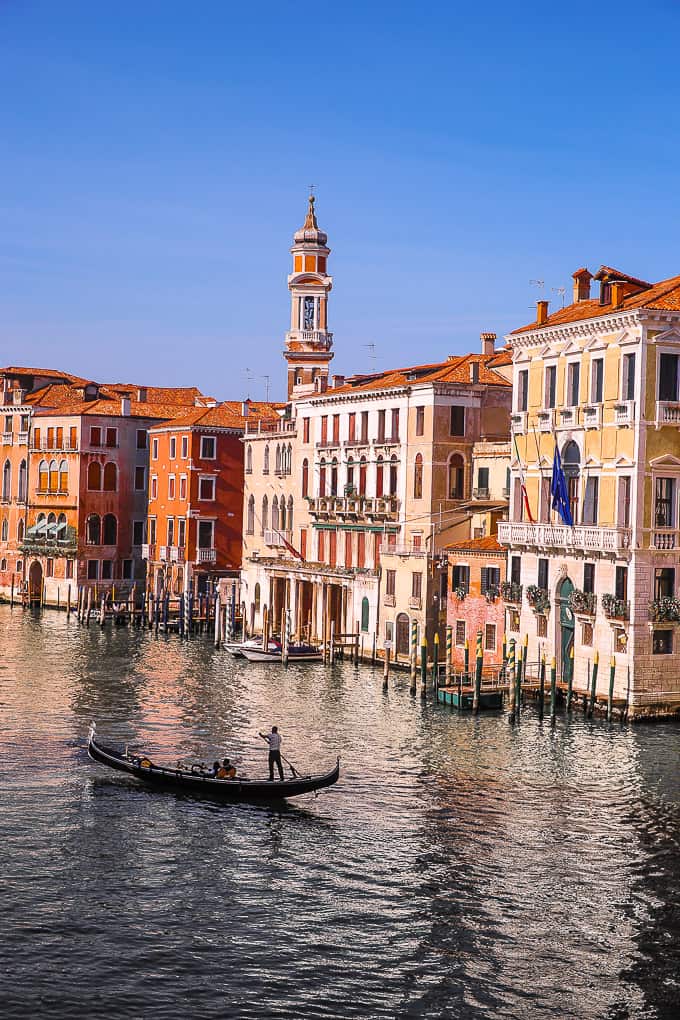 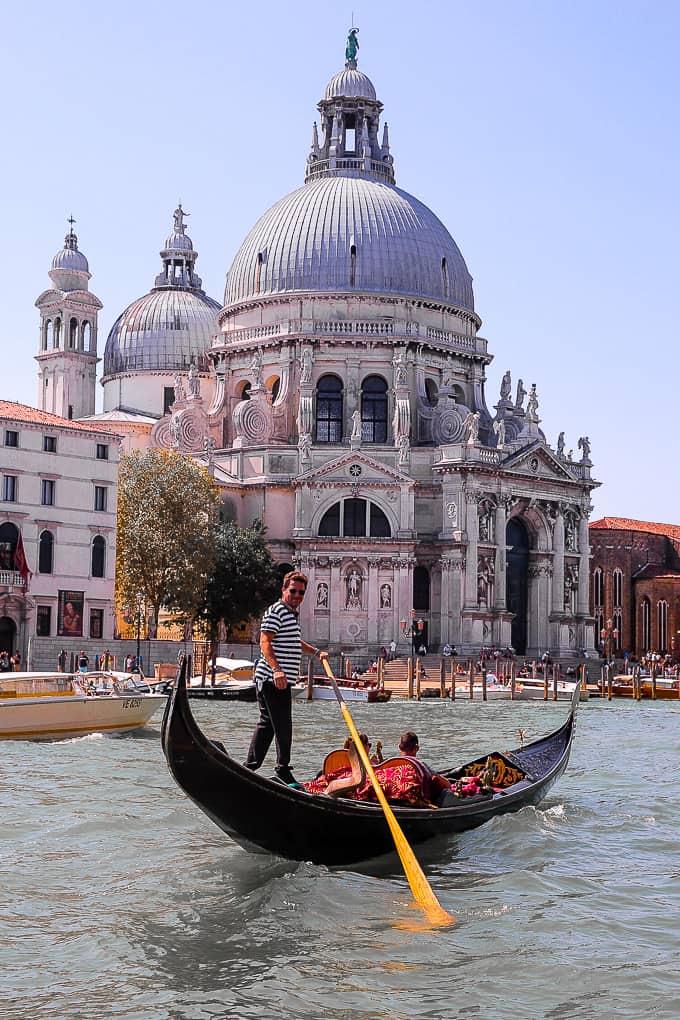 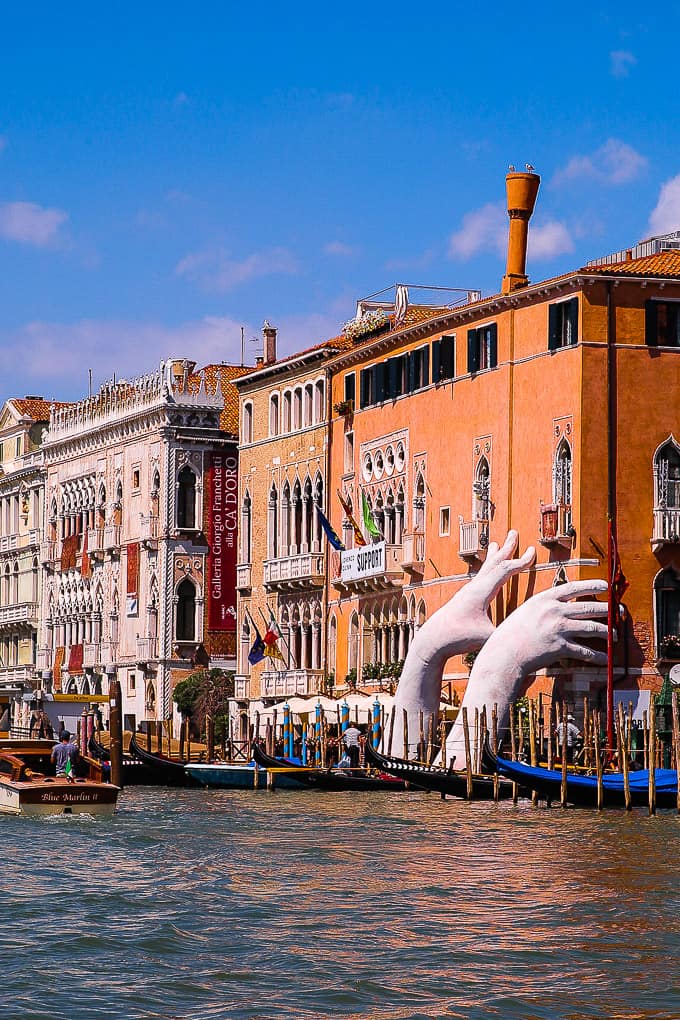 The list of the best things to do in Venice includes beautiful landmarks, major sights and architectural gems of the city.  Venice is rightfully considered one of the most beautiful cities in the world and it carries a rich historical legacy.

10 Best Things To Do in Venice

St. Mark's Basilica is a historic Roman Catholic Church located in the Piazza San Marco, next to the Doge's Palace.  It has a Byzantine architectural style and dates back to the 11th century.  The cathedral's main facade is ornamented with the gold ground mosaics.   For many centuries, Saint Mark's Basilica has been the symbol of wealth. 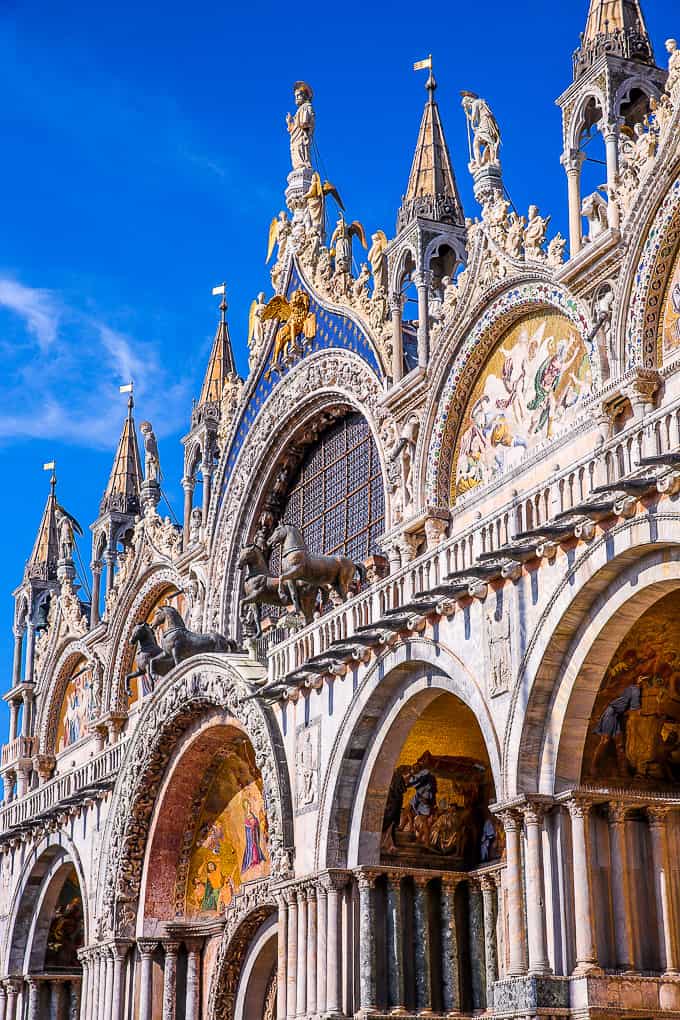 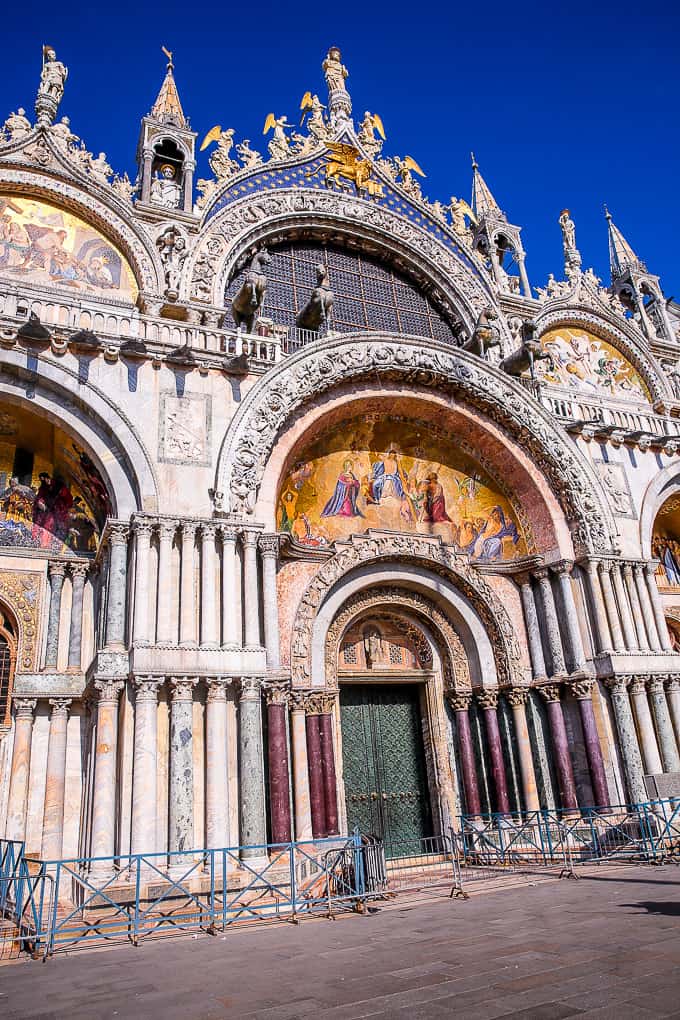 The bell tower of St. Mark's Basilica is located in the Piazza San Marco in Venice, Italy.

The tower is about 99 meters high and is located next to St. Mark's Church.  St. Mark's Campanile is visible from many points in the city. 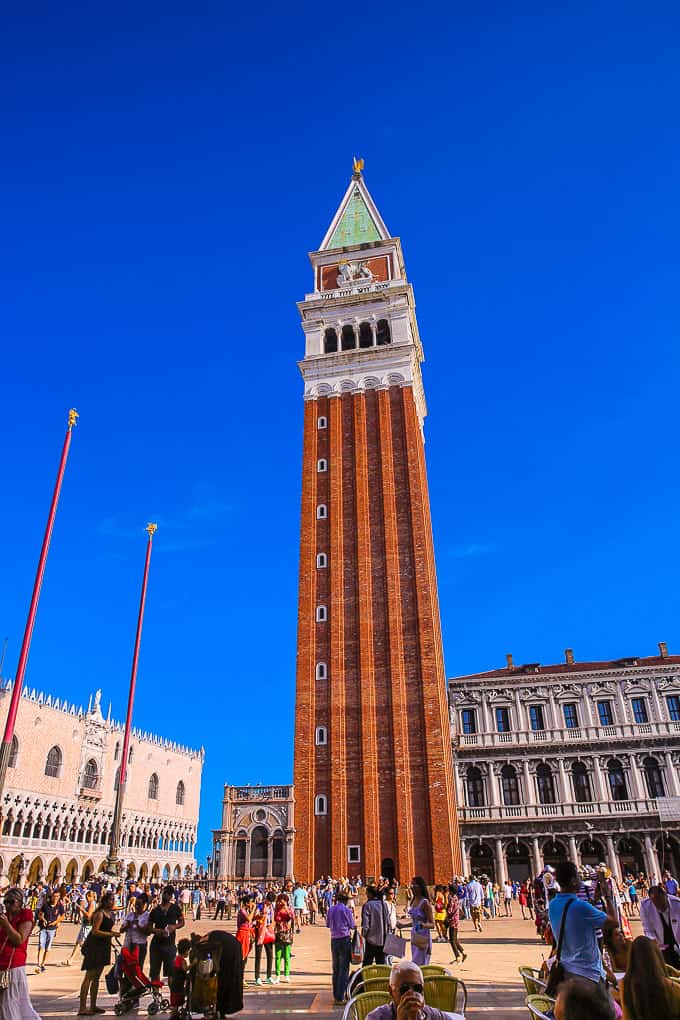 Doge's Palace is located close to the Piazza San Marco, near the bell tower of St. Mark's Basilica and close to the cathedral.   It's one of the most notable buildings of Venice, Italy.

The palace used to be the residence of the Doge of Venice (the leader of the Republic of Venice between the 8th and the 18th centuries).   The Doge was the title of the top elected official (the chief magistrate) of Venice.

One of the sides of this building faces the Grand Canal. 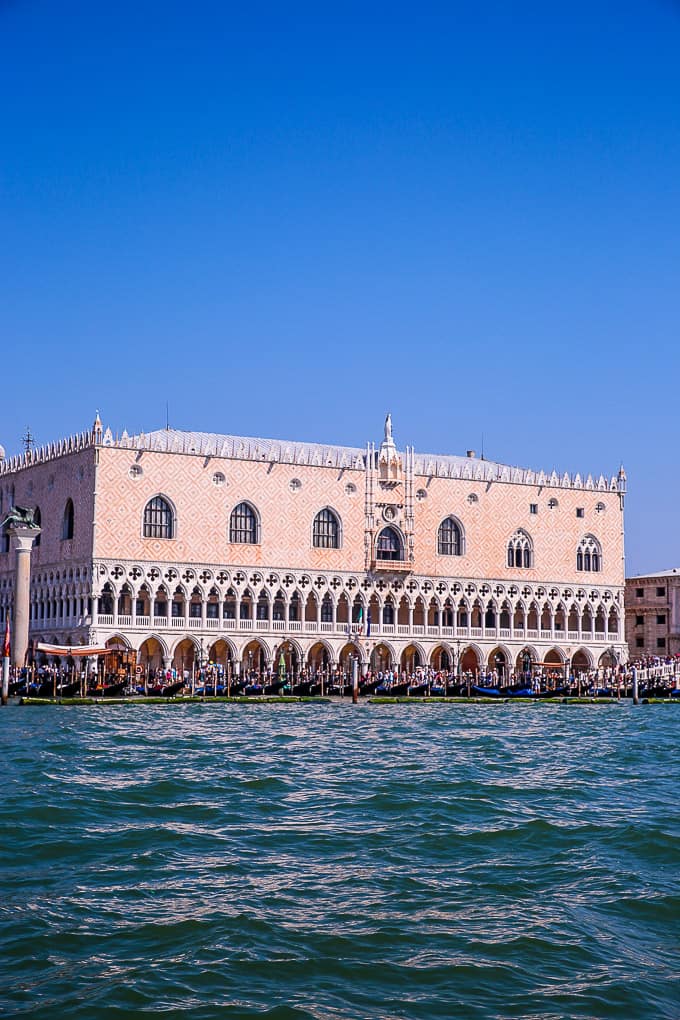 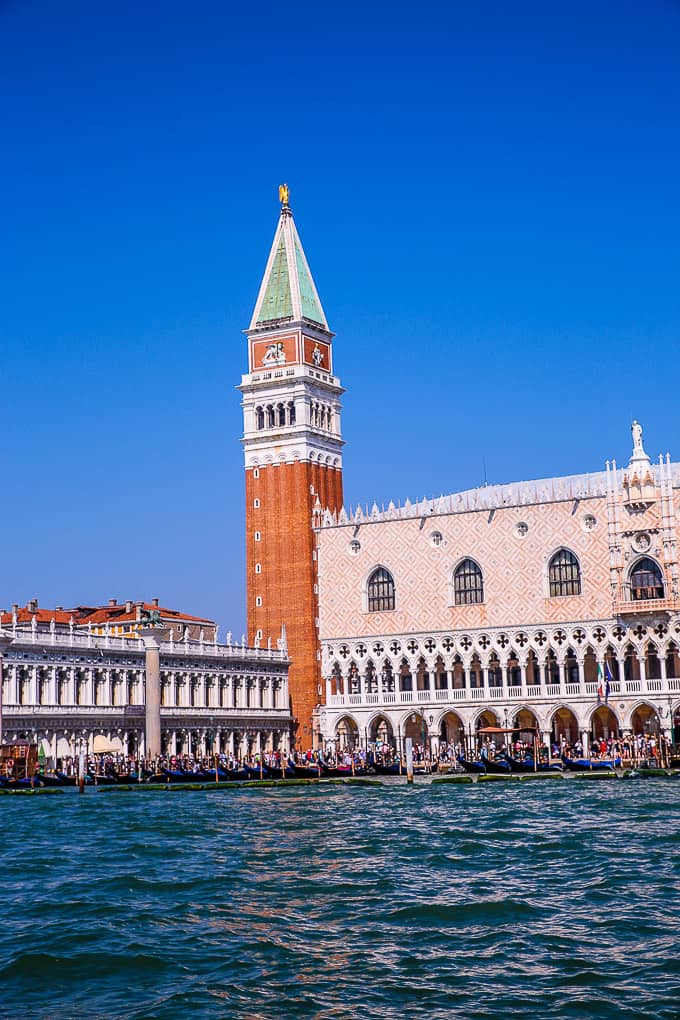 Piazza San Marco is the main square in Venice, Italy.  The notable structures located in the plaza are the bell tower and St. Mark's Basilica.

One side of the Piazza is the Procuratie Vecchie - an imposing structure that used to be the offices of high officers of the state of the Republic of Venice in the past.   These days, this long arcade is lined with shops and restaurants on the ground level. 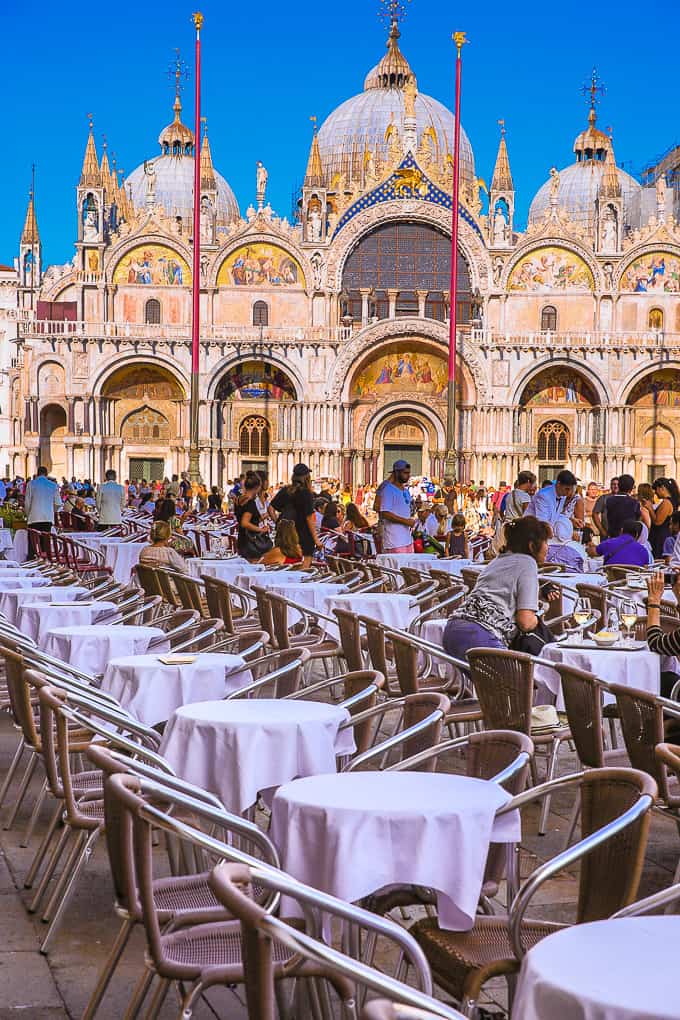 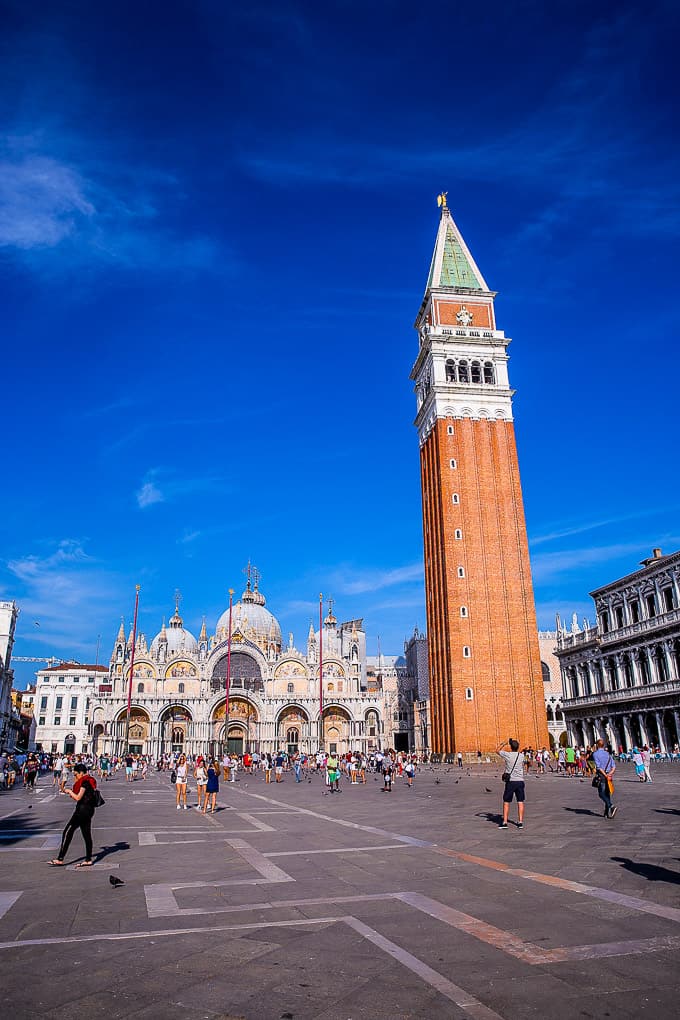 The Grand Canal is the main waterway in Venice.  It divides the city into two parts.

It's about 3 km long.  The canal connects with many smaller canals at various points.   The vast majority of transportation around Venice goes through the Grand Canal.   There is a public transit water transportation and private water taxis navigating the canal.

The Grand Canal is lined with beautiful buildings, hotels, churches, and restaurants on either side.  Many of the buildings that line the banks of the Grand Canal date between the 13th and the 18th century. 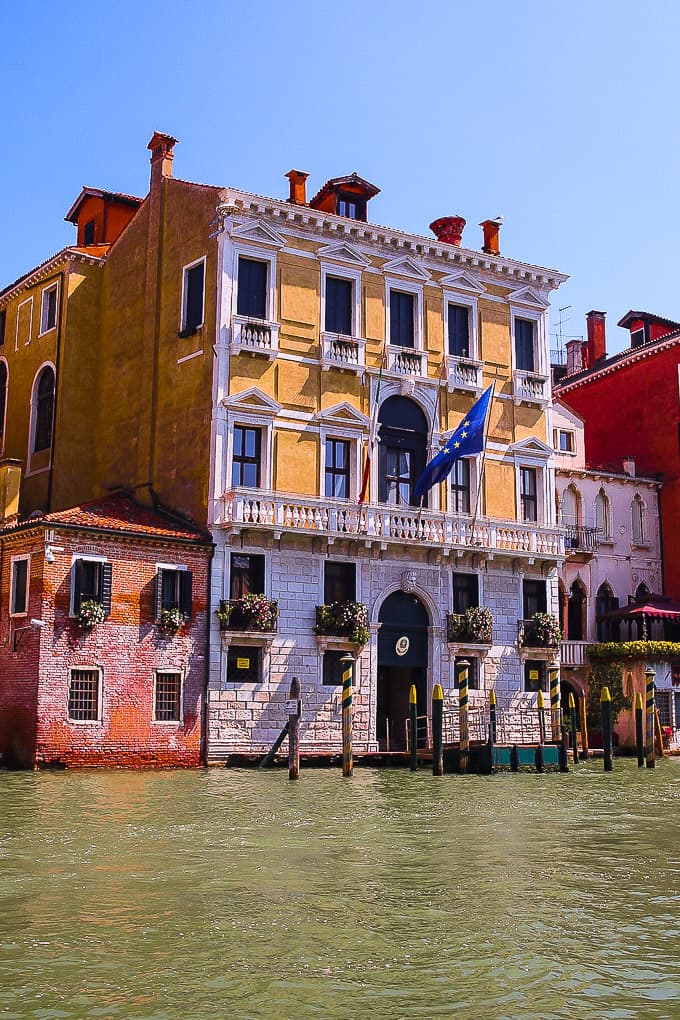 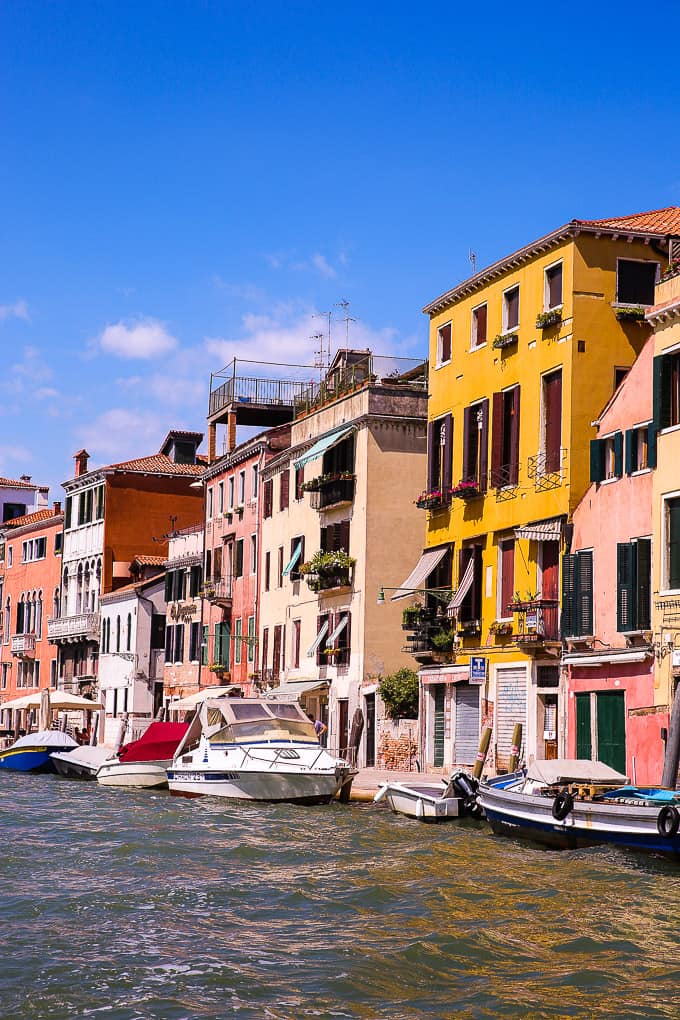 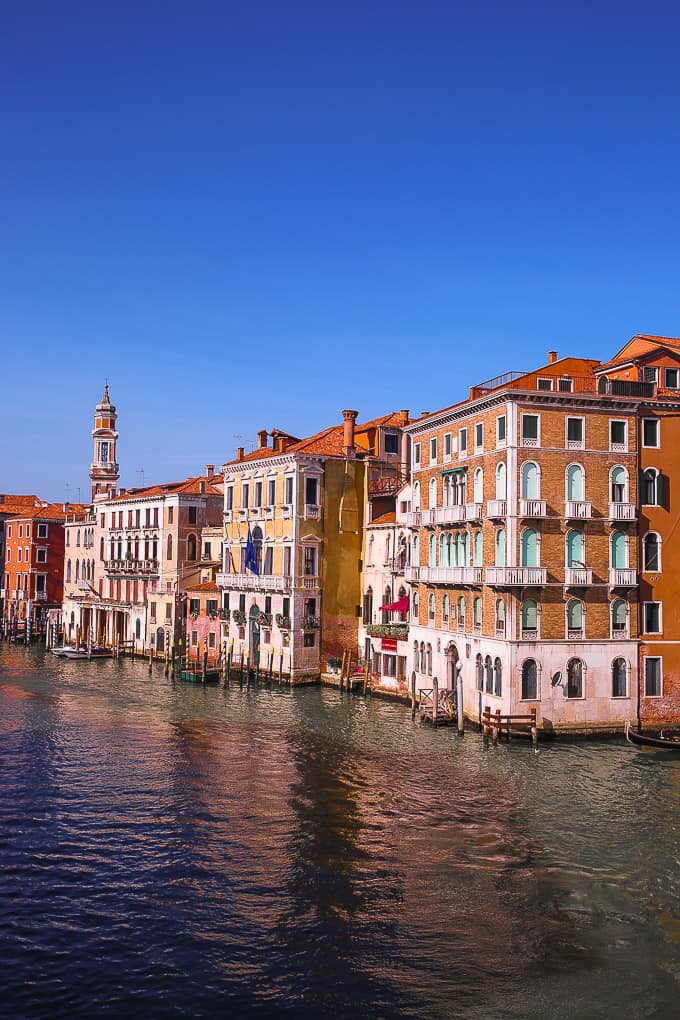 The bridge is always busy with tourists. 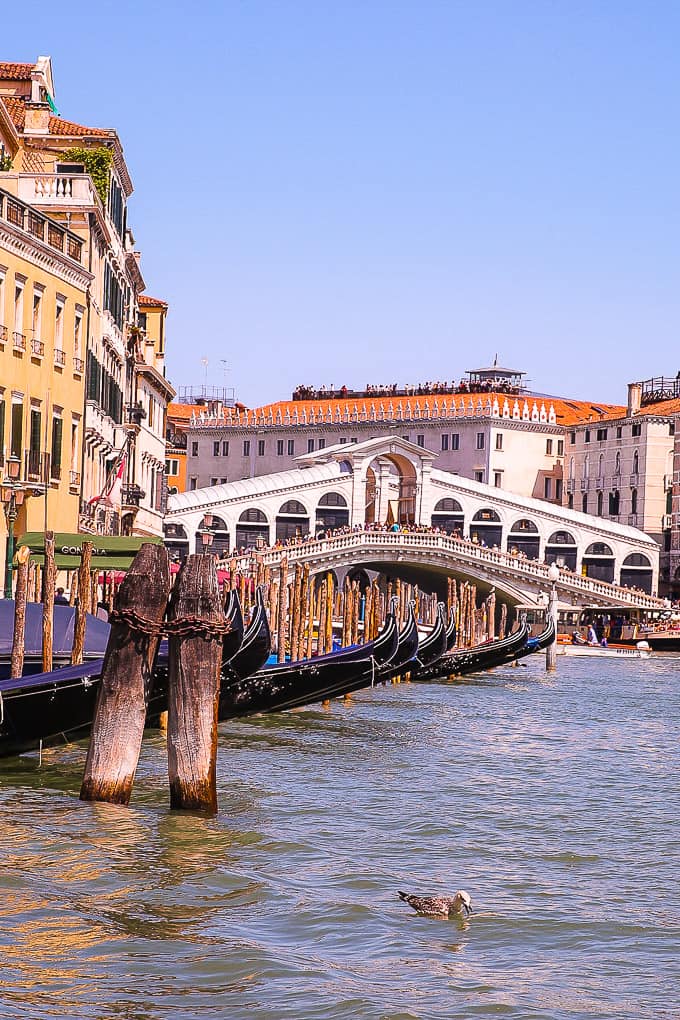 7. The Bridge of Sighs

The Bridge of Sighs is a small bridge over one of the smaller canals in Venice, Italy.  It's enclosed and is made of the white limestone.

The bridge connects the New Prison and the interrogation rooms of the Doge's Palace. 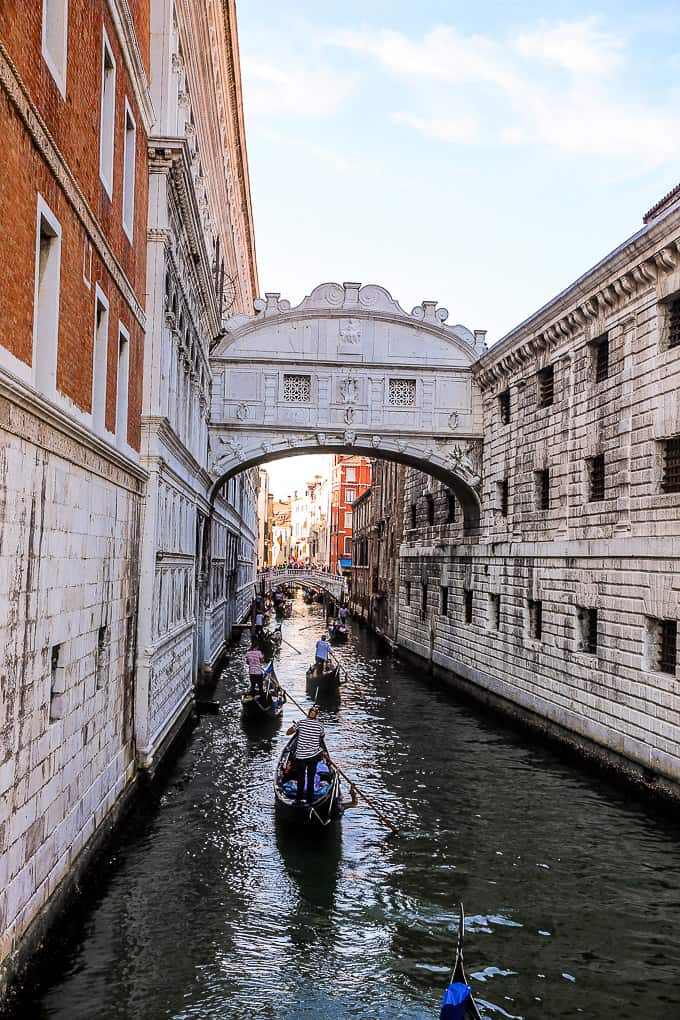 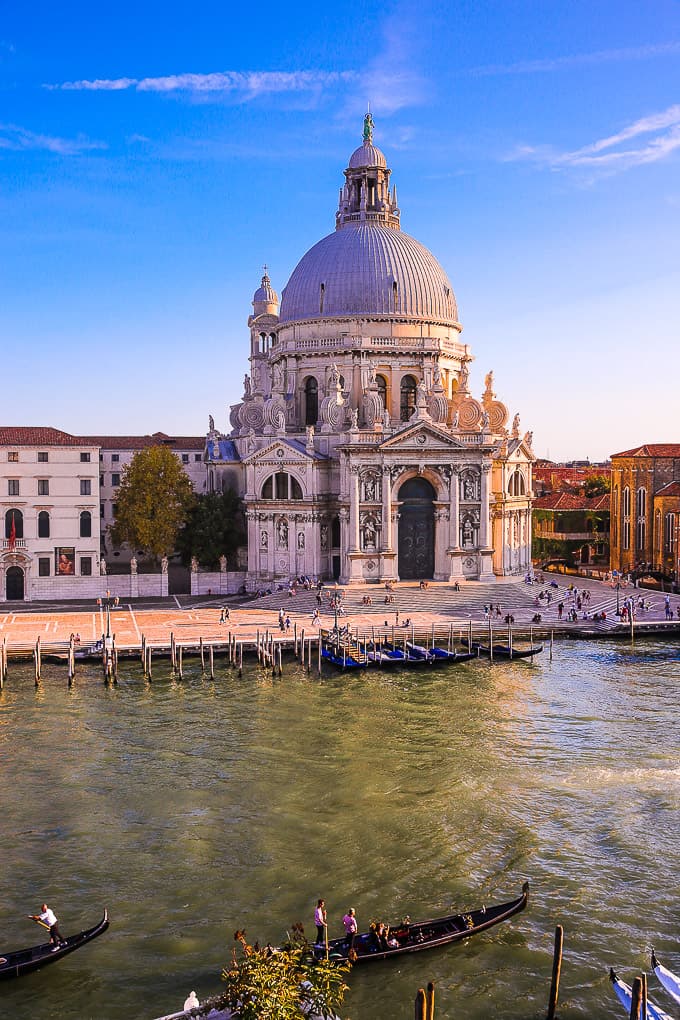 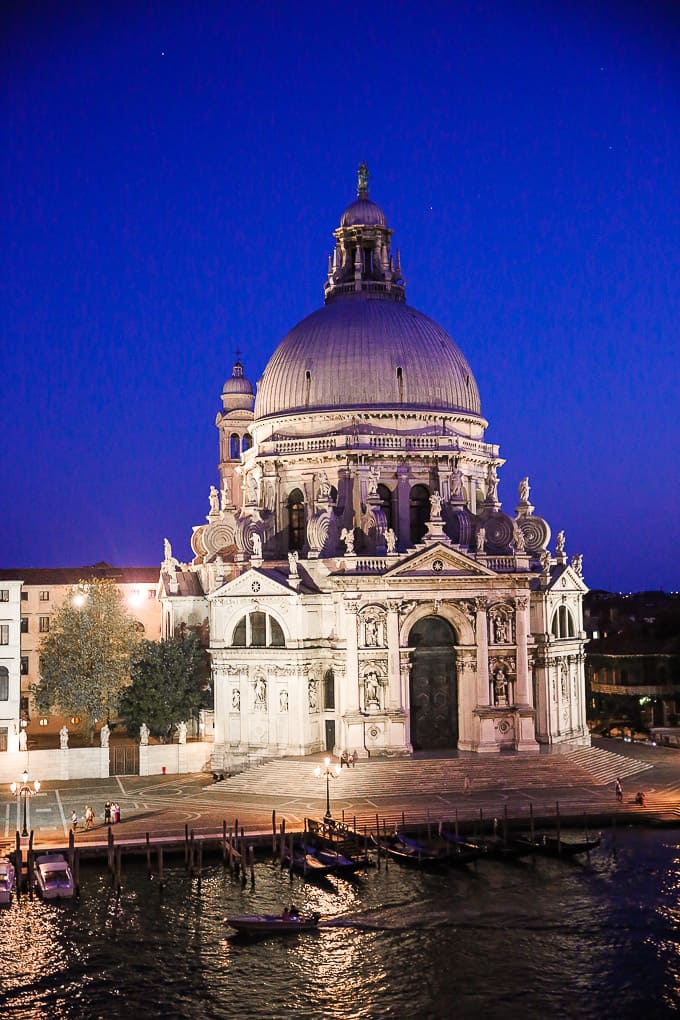 This palace dates back to the 15th century and was built in the Venetian Gothic architectural style. 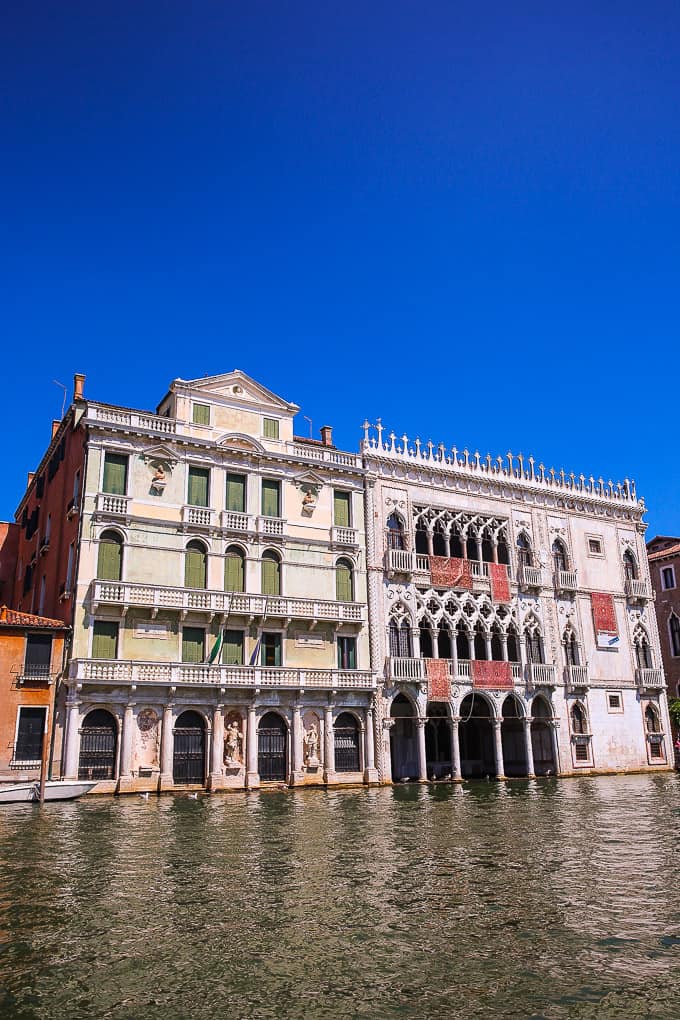 Another imposing structure is a former Benedictine Monastery next to the church. 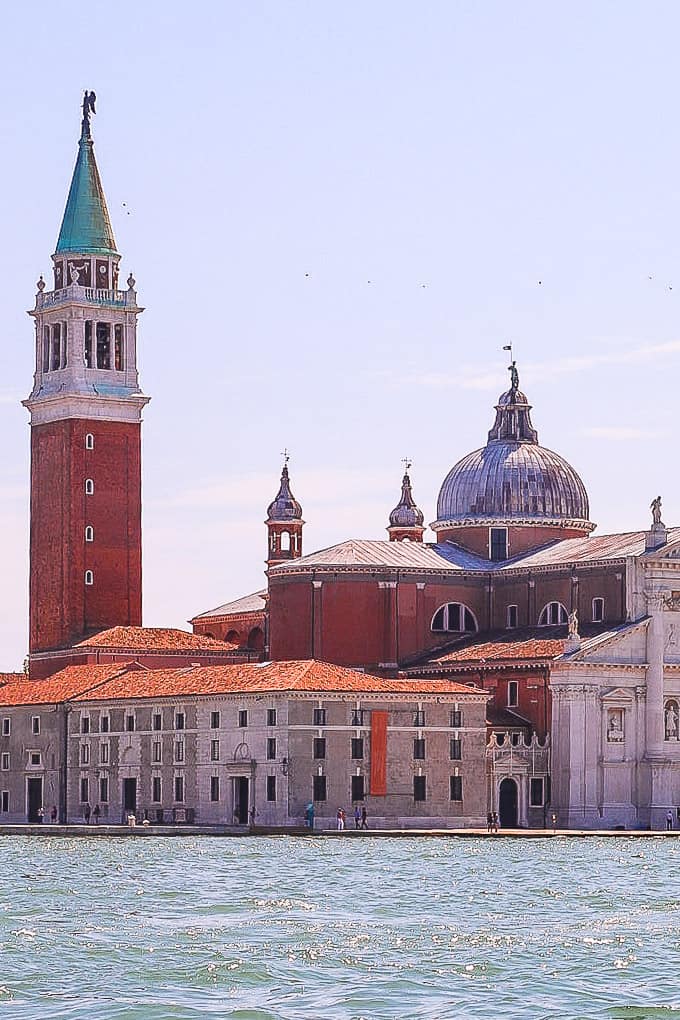 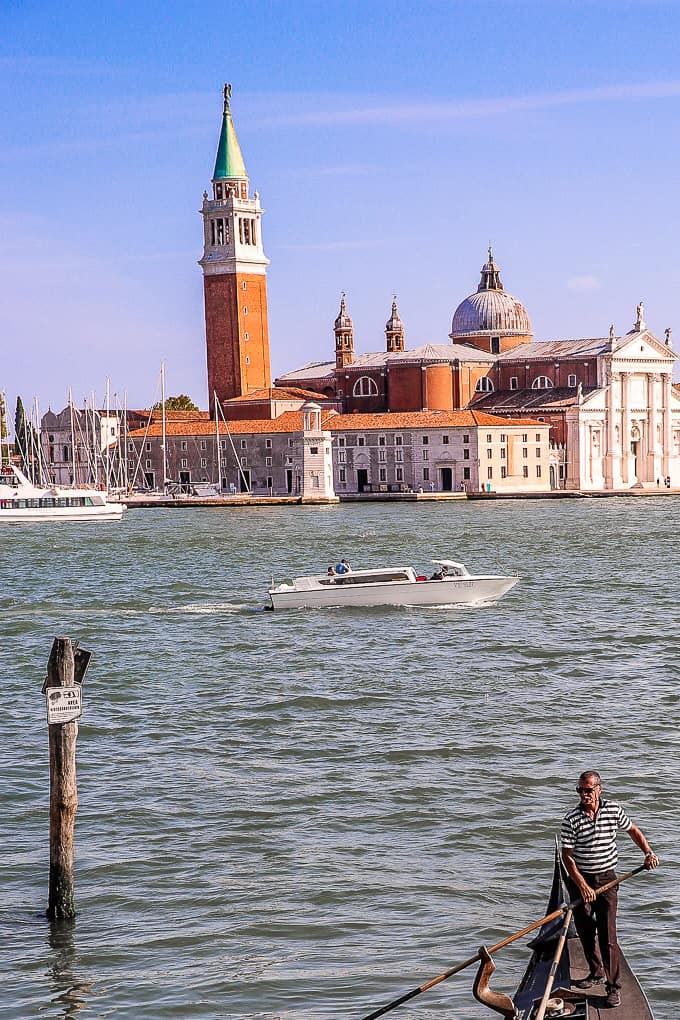 « Villa Pattono - Stunning Location with Fantastic Views of Vineyards
What to Expect on Gondola Rides in Venice »
1.4K shares