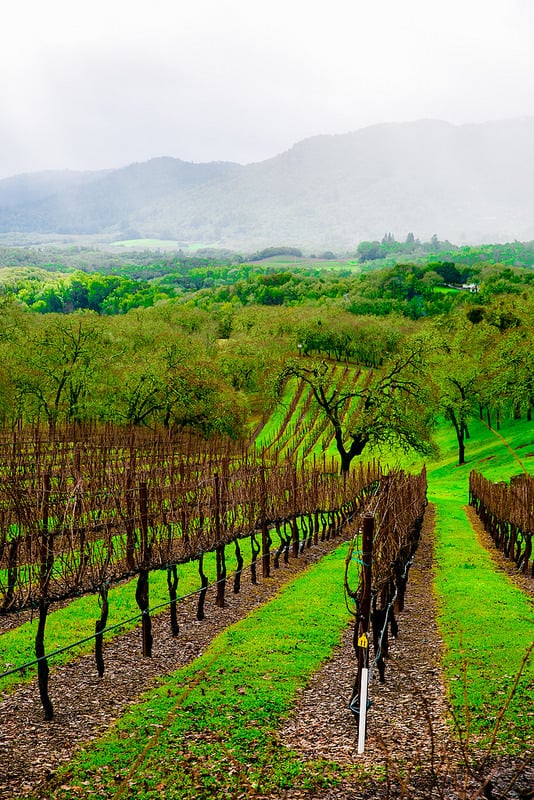 During my recent (and first ever!) trip to Sonoma Valley, California, in January of 2017, I was looking for some of the best wine tasting tours out there that targeted boutique wineries and had more of a private feel to them. As a result, we have partnered with the Ultimate Wine Tours, run by husband/wife team of Captain Steve and Admiral Jean, who specialize in wine tasting tours of small, off-the-beaten-path wineries. With Ultimate Wine Tours, you visit unique boutique wineries, get to meet winery owners, have a picnic, and just have a fun time at the most spectacular properties.

Early in the morning, we got picked up at our hotel by Captain Steve who took us (in a very nice air-conditioned SUV) to Two Amigos Winery located in the Sonoma Valley of California. But, before we arrived at Two Amigos, me made a short stop at another winery, GlenLyon. 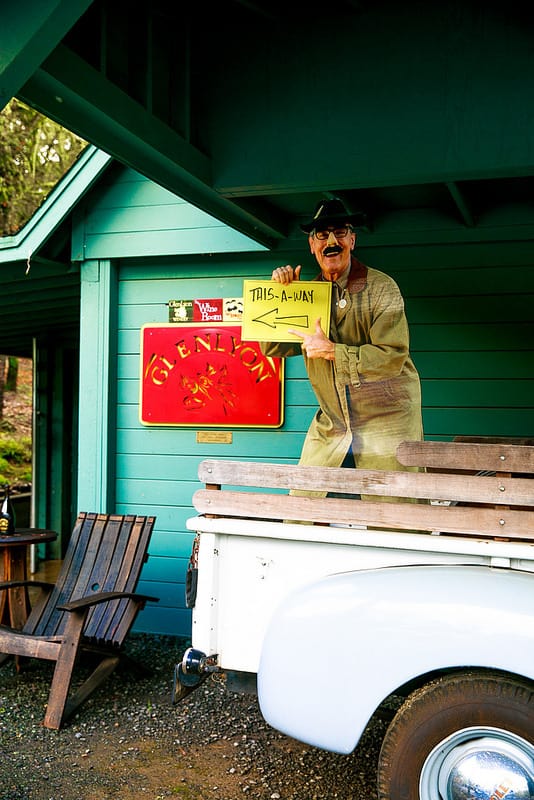 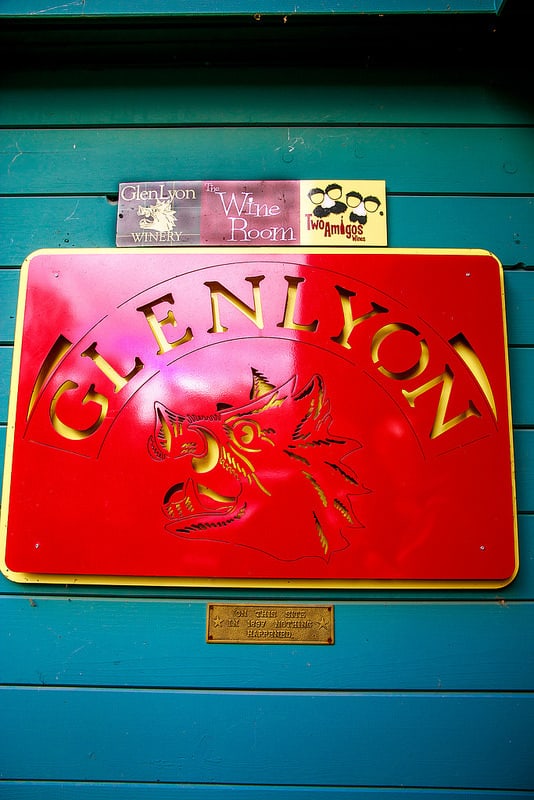 At GlenLyon location, we were greeted by the winery owner, Squire, who in the past had a very successful, long-running career as an actor in TV commercials. Throughout the winery there were lots of silly pictures of the winery owners: 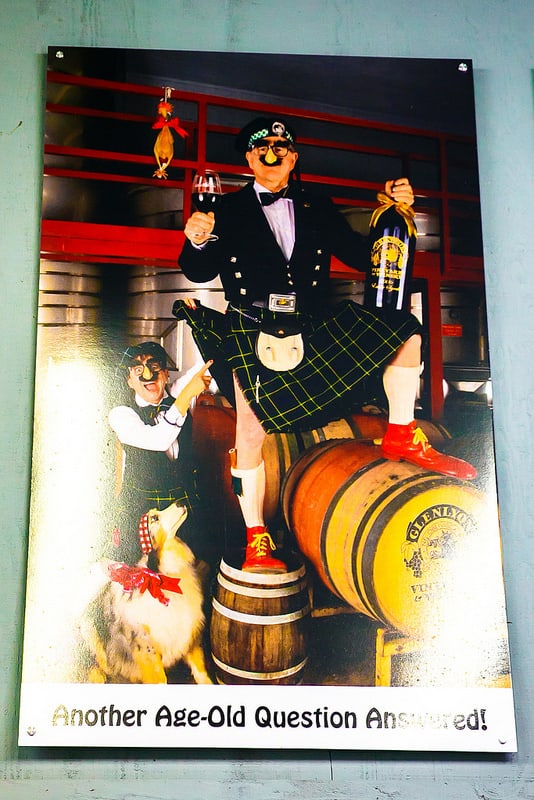 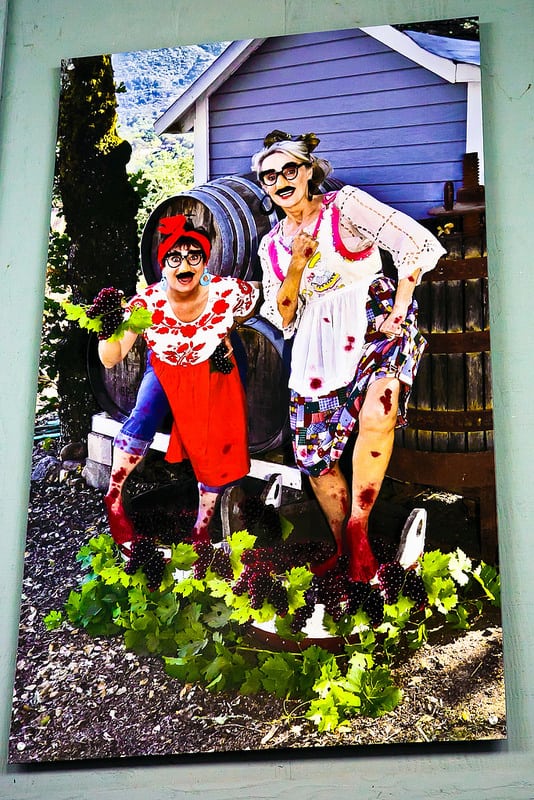 Squire is very involved in the wine-making process, and he shared with us lots of interesting facts about how the wine is made, which, in a large part, is based on pure science, such as using wine analysis laboratory services to create wines and measure certain variables for quality control. Turns out that wine making process is not all about art, it actually involves lots of math, calculations, and analysis, which was quite a revelation to me. 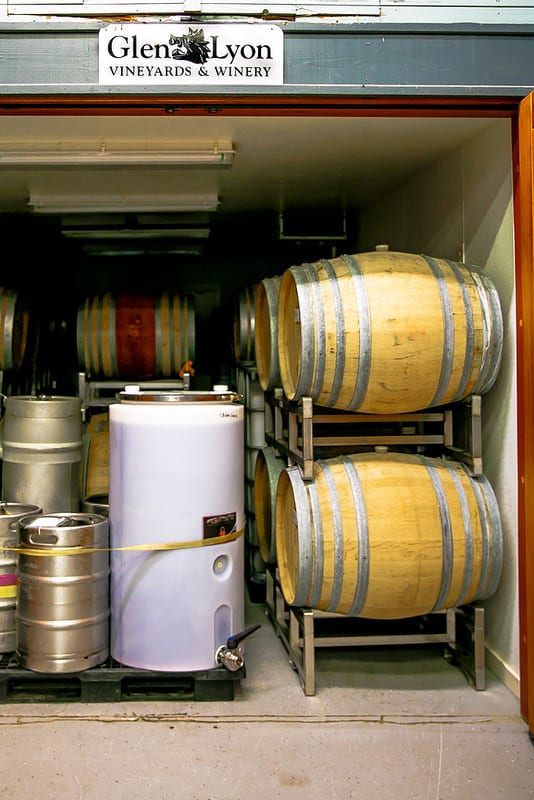 After this first introduction to the wine making process at GlenLyon, we drove to the Two Amigos Winery for an actual wine tasting. 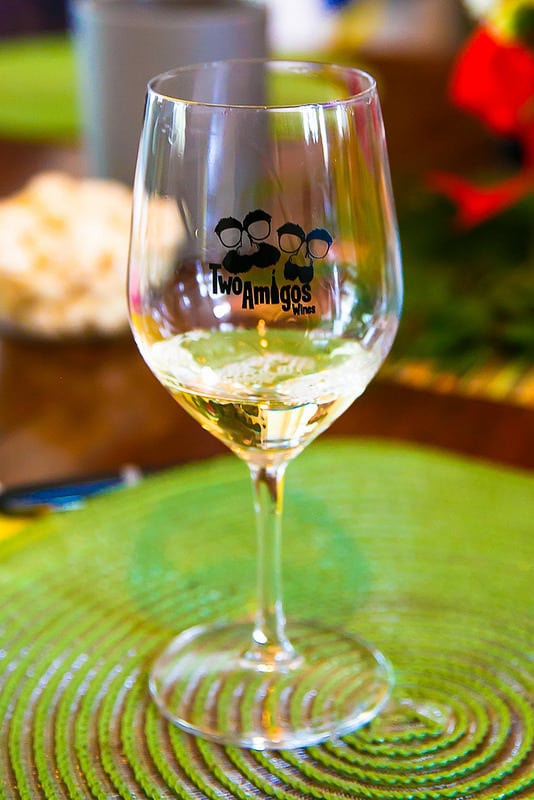 Two Amigos Winery is owned by the Vino brothers, Squire (who we just met at GlenLyon) and his best friend, Robert, and their wives. Squire and Robert have been best friends for over 50 years! 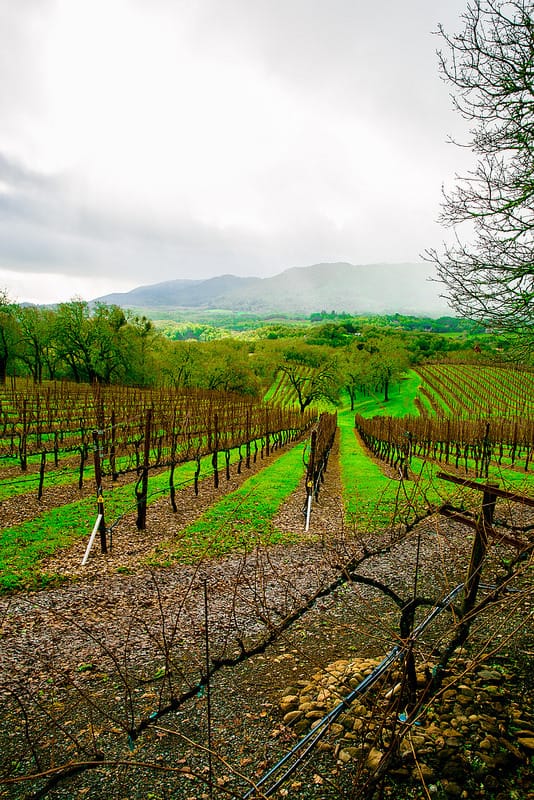 Two Amigos Winery produces premium, small lot vintages. The winery is not open to the public, instead you can book a private wine tasting tour by appointment. The property is astonishingly beautiful. We came in on a rainy January day, and the property was covered with lush, beautiful trees everywhere: 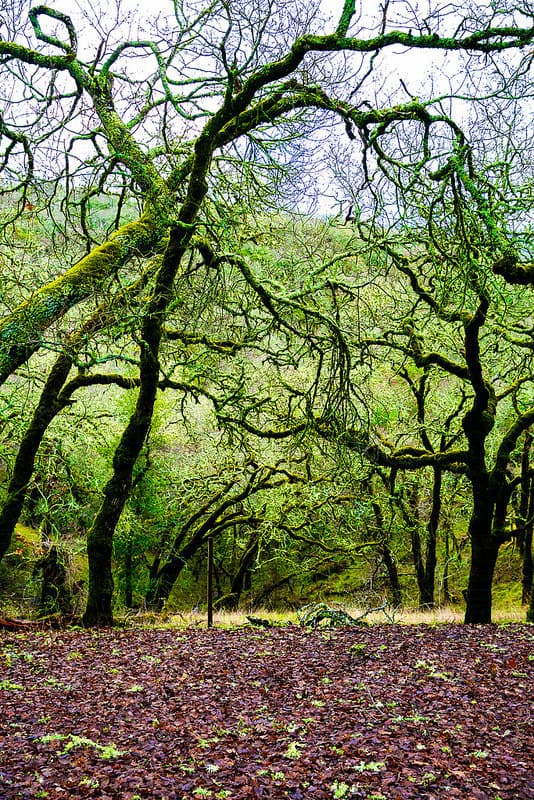 Spectacular views overlooking their vineyards were all around. 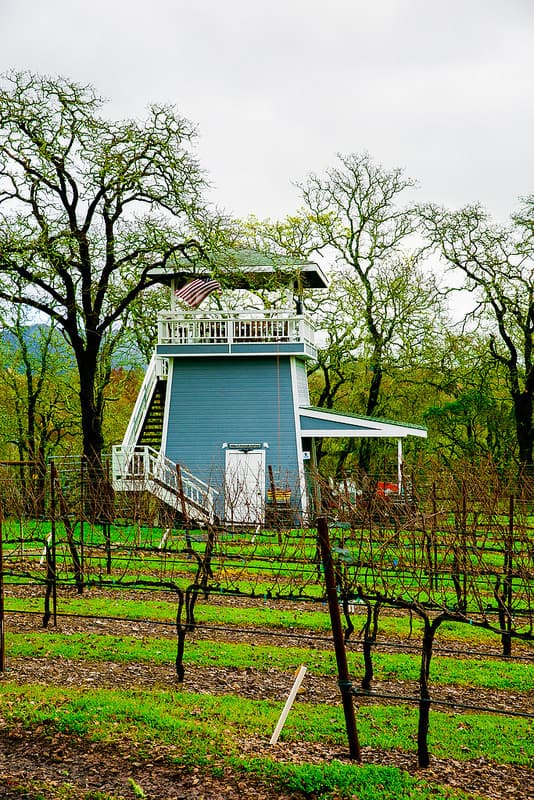 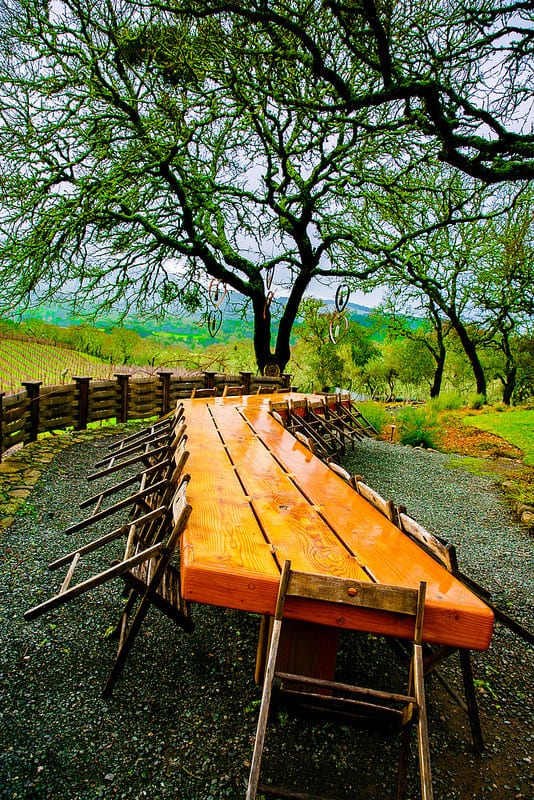 It was also fun to visit their house on the property - very inviting and filled with pictures, silly posters, and other memorabilia of the winery owners and their wives' past creative endeavors, such as Squire's past TV commercials, his wife's dancing career, etc. 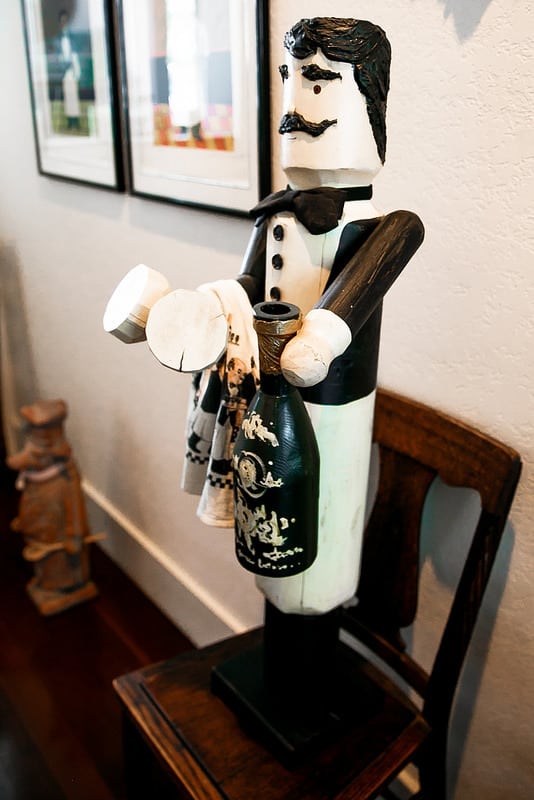 Then, it was time for the wine tasting. Both my husband and I felt like we were just visiting with good old friends, drinking wines, telling jokes, and ... wearing Groucho Marx glasses just for the fun of it: 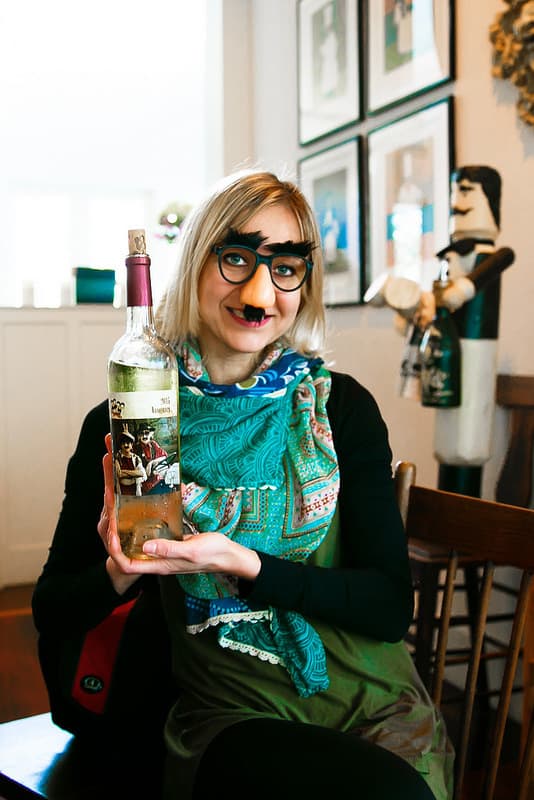 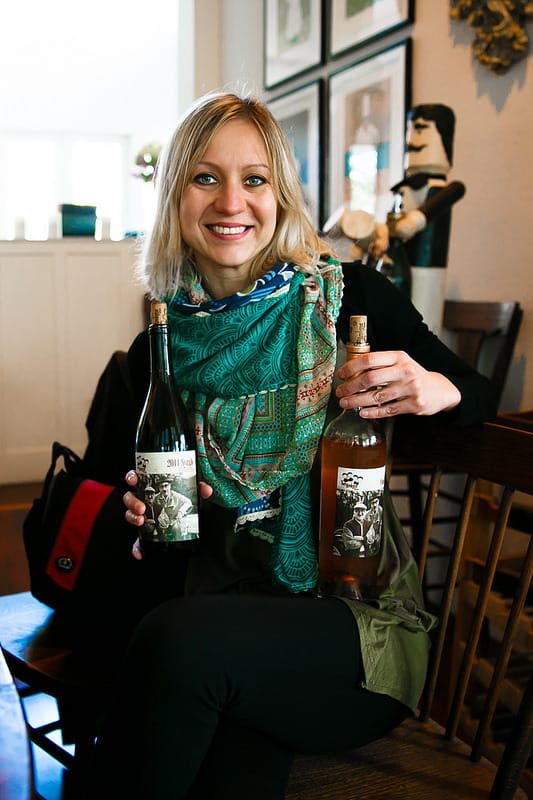 As I mentioned earlier, the winery owners, or "Brothers of the Grape” as they like to call themselves, have been best friends for over 50 years, and they treat their guests in the same manner, like you are their best friend. 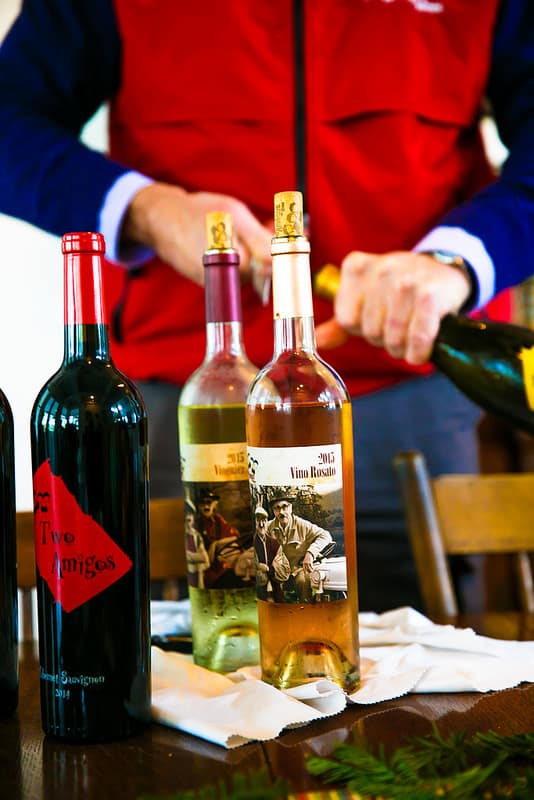 Let's take a look at some of the wines we tasted: Two Amigos Viognier (a nice, light summer wine), Two Amigos Vino Rosato (a great appetizer/lunch wine), and no oak, no butter Chardonnay: 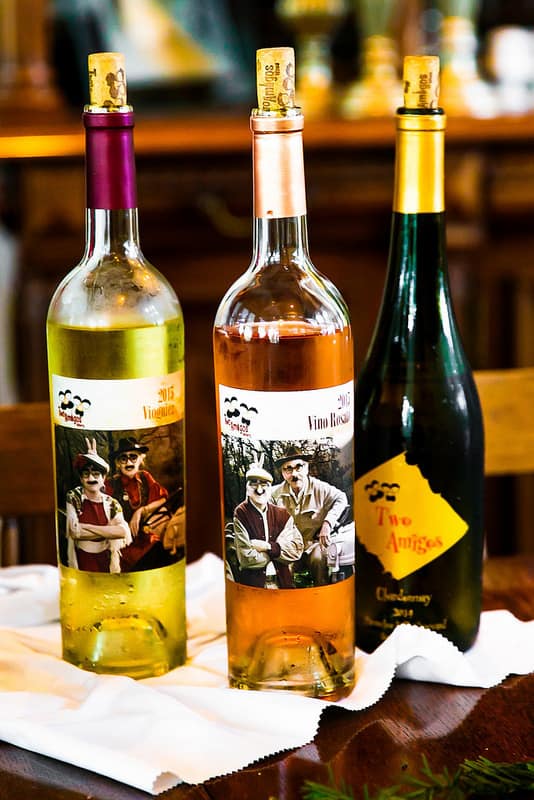 Two Amigos Vino Rosato pictured below would be great on a nice sunny afternoon with a light lunch! 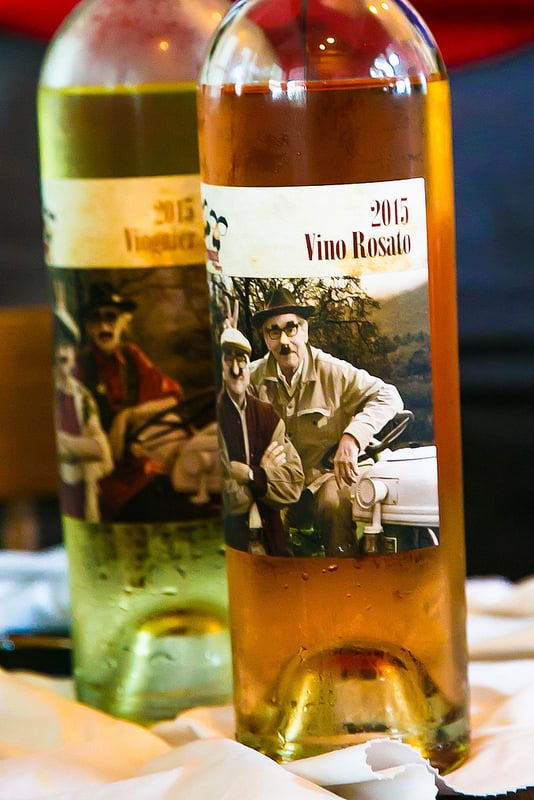 Their signature wine is Syrah, which they describe as a combination of a Cabernet Sauvignon with the soft-fruitiness of a Pinot Noir. I love Pinot Noirs and I really enjoyed it: 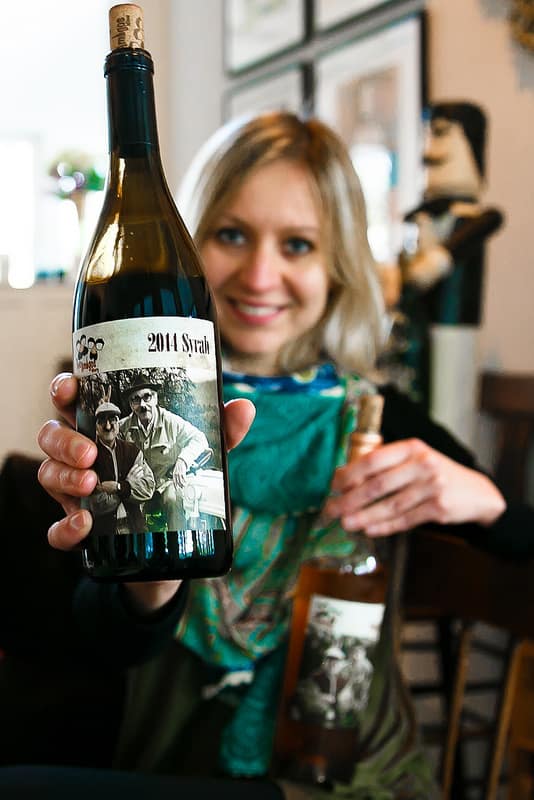 Their other red wine is Cabernet Sauvignon: 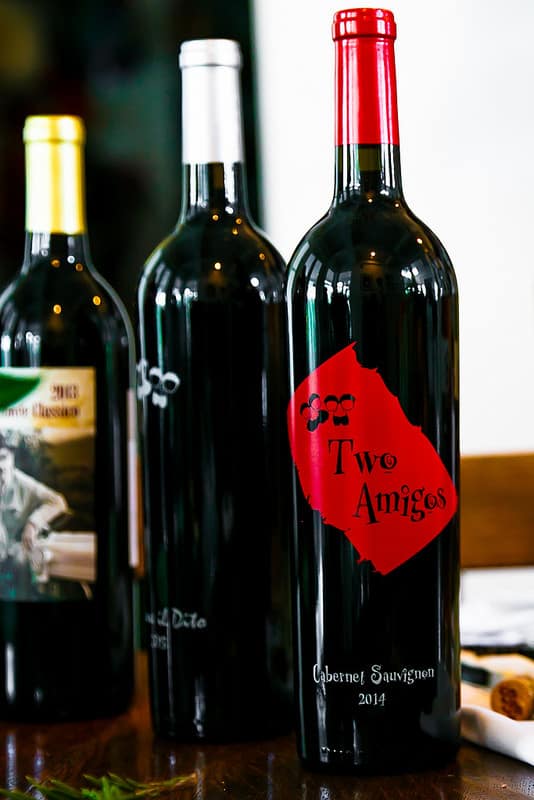 Their bottle labels are done with humor as well. One of their wines has an Italian name that sounds quite sophisticated, Tirare Il Dito (pictured below). Translated, it actually means "Pull my finger": 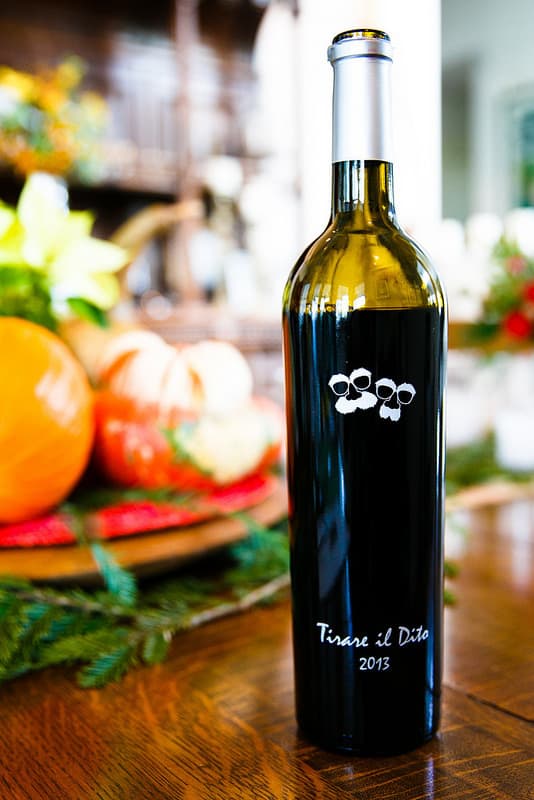 Their other wine lables feature the winery owners and their wives in funny costumes and settings, wearing Groucho Marx glasses: 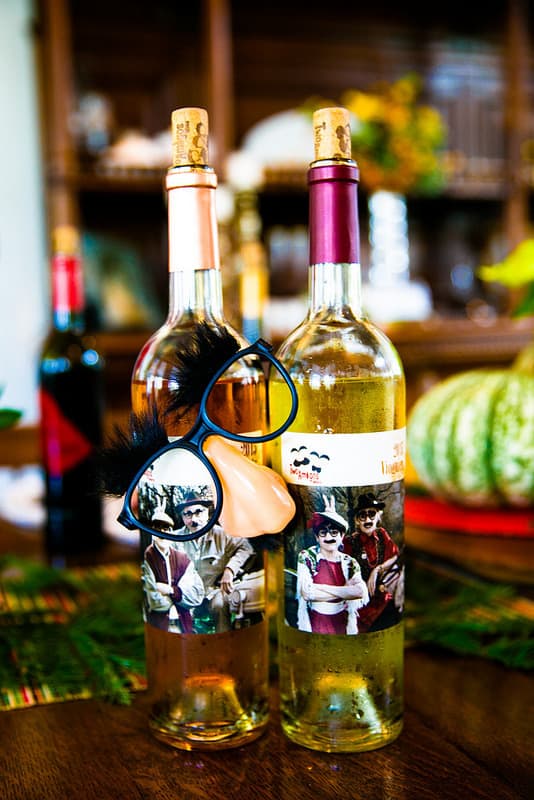 But, hands down, my favorite was their dessert wine, Two Amigos Wee Moor - I could just keep on drinking it. So good! Especially when combined with dark chocolate!

What makes this winery unique is that they organize river cruises in Europe for their wine club members and take their guests to interesting wine-making destinations, such as a river cruise in Bordeaux region or a cruise tour along the Portugal & Spain’s Douro River (for port lovers).

Below I am pictured with the Two Amigos winery co-owner, Robert, - HUGE THANKS to him for his humor and hospitality. 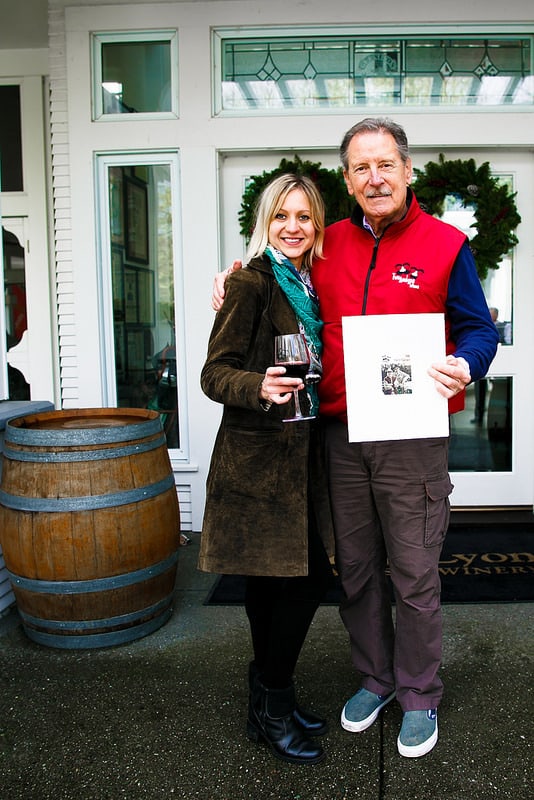 The time flew really fast on this wine tasting tour, we had so much fun, and I want to say huge "THANK YOU" to Captain Steve of Ultimate Wine Tours for taking us to this unique and fun winery! 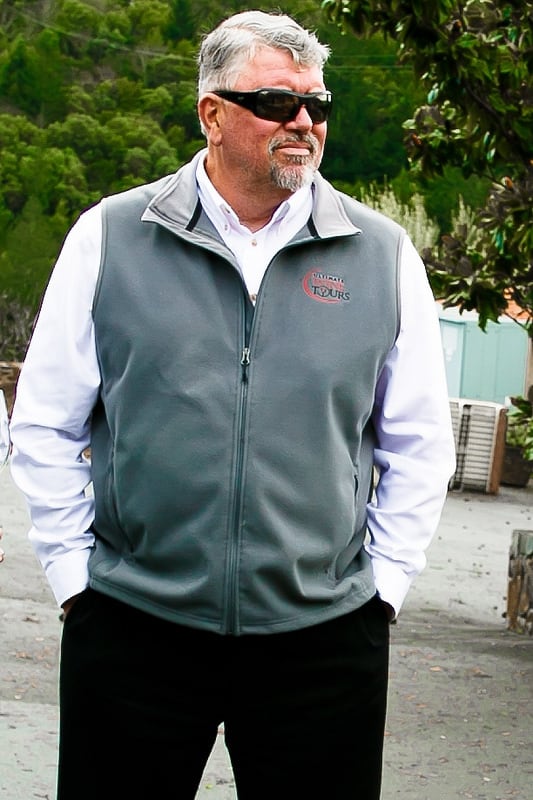