Bangkok is home to many stunning sights, including spectacular Buddhist temples, historical buildings, breathtaking skyline, and more.  Discover some of the best landmarks and attractions to see and experience in Bangkok! 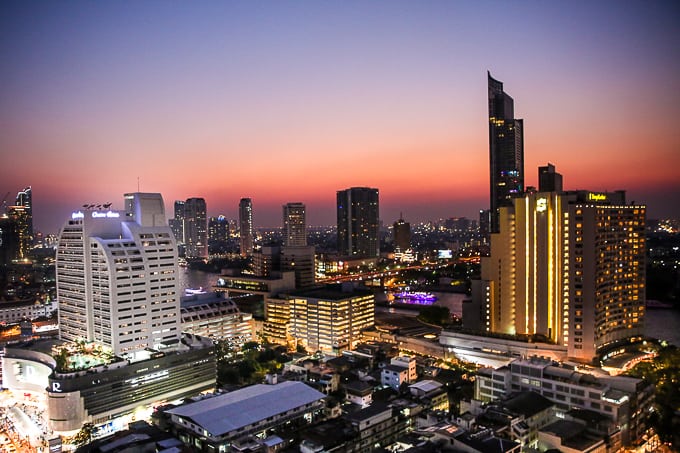 15 Best Things To Do in Bangkok 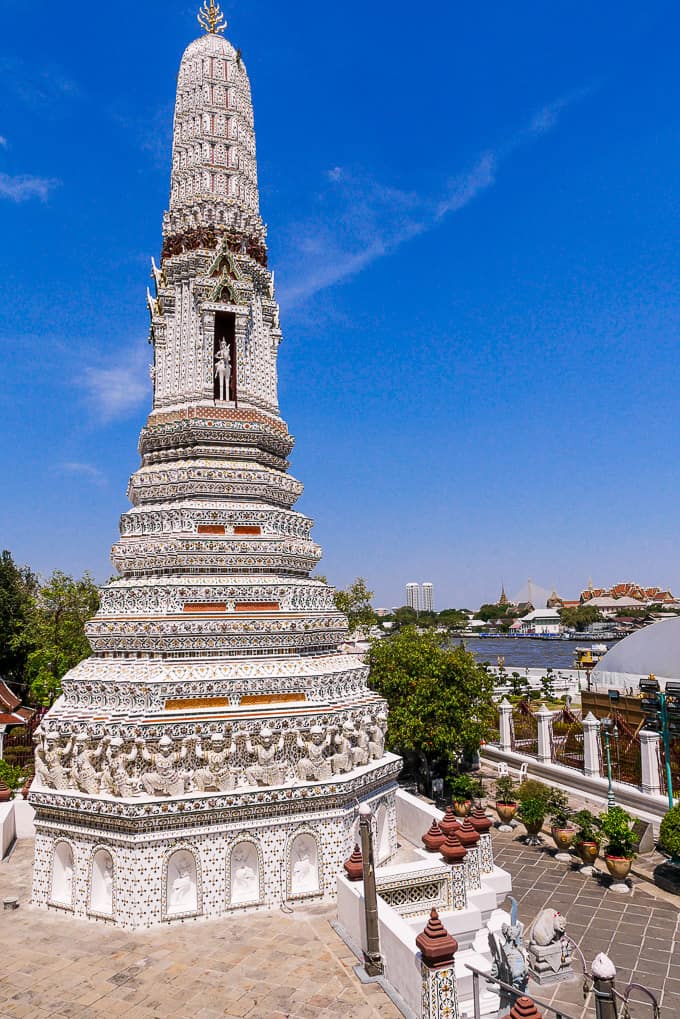 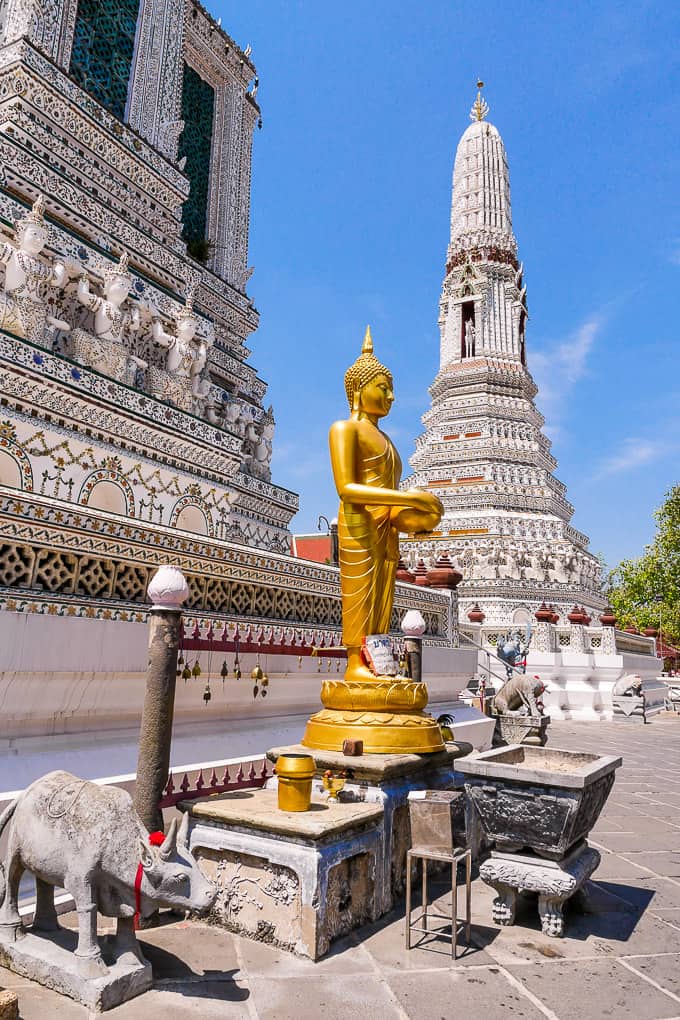 Discover some of the best landmarks, attractions, things to do, to see and experience in Bangkok! The list below includes just a handful of sights, it's by no means a complete list.  However, the list below provides a good snapshot of what Bangkok has to offer. 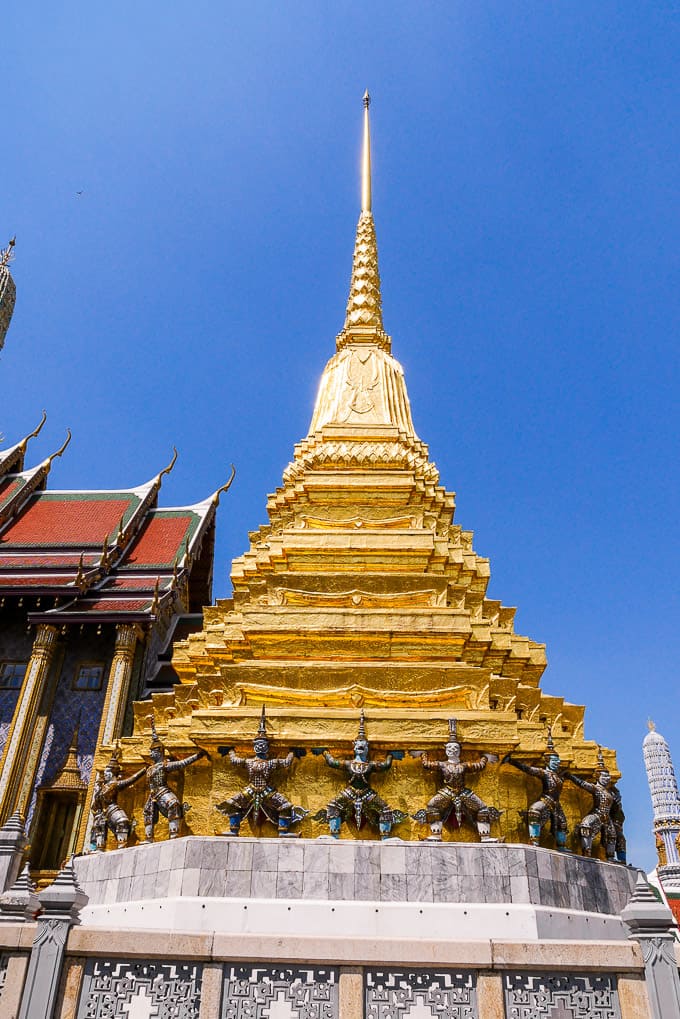 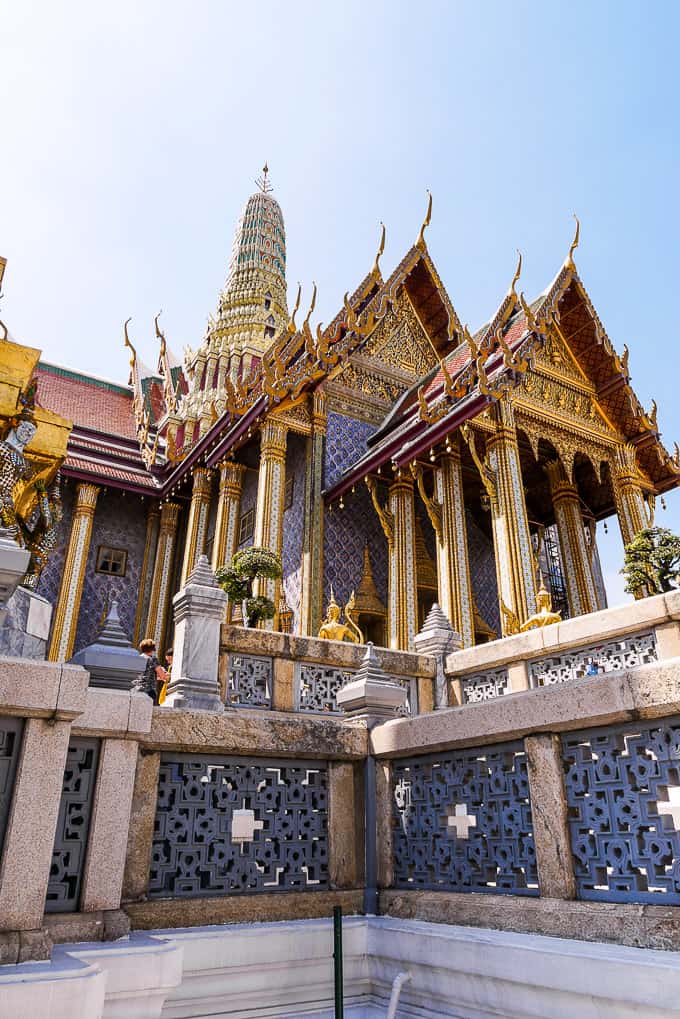 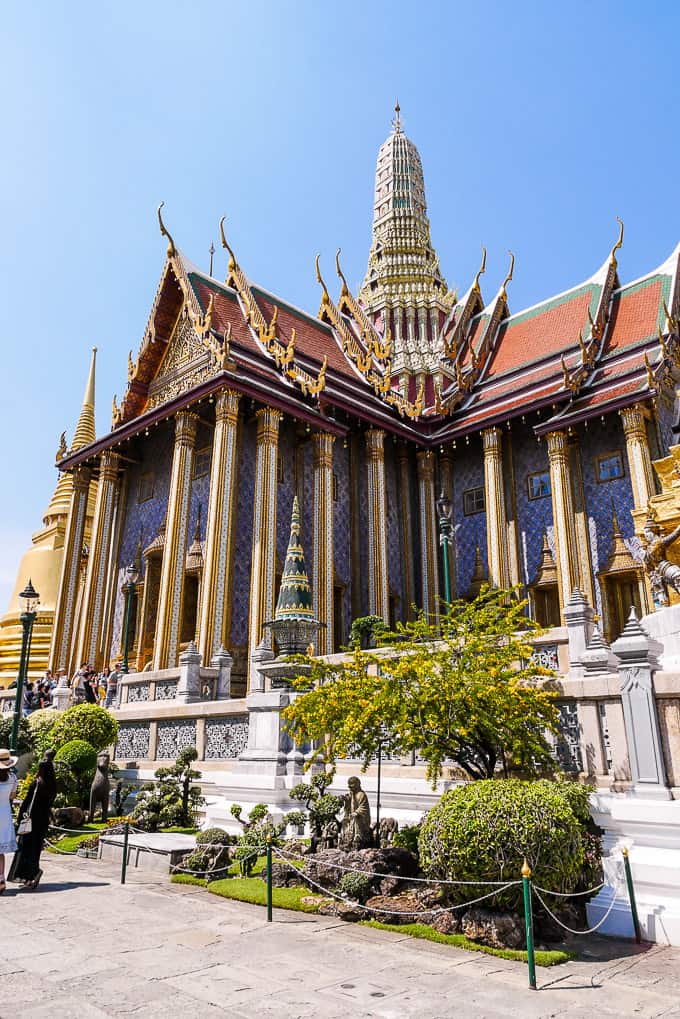 Kinnorn is a mythological bird-man figure at Wat Phra Kaew. 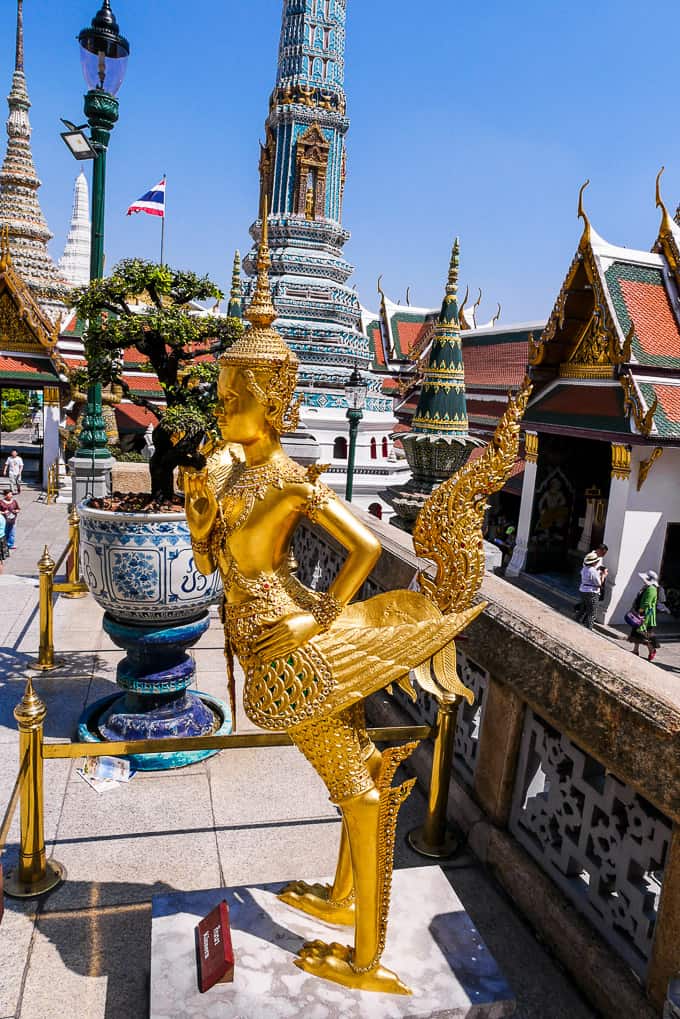 Asurapaksi is a mythical being with the lower body of a bird. 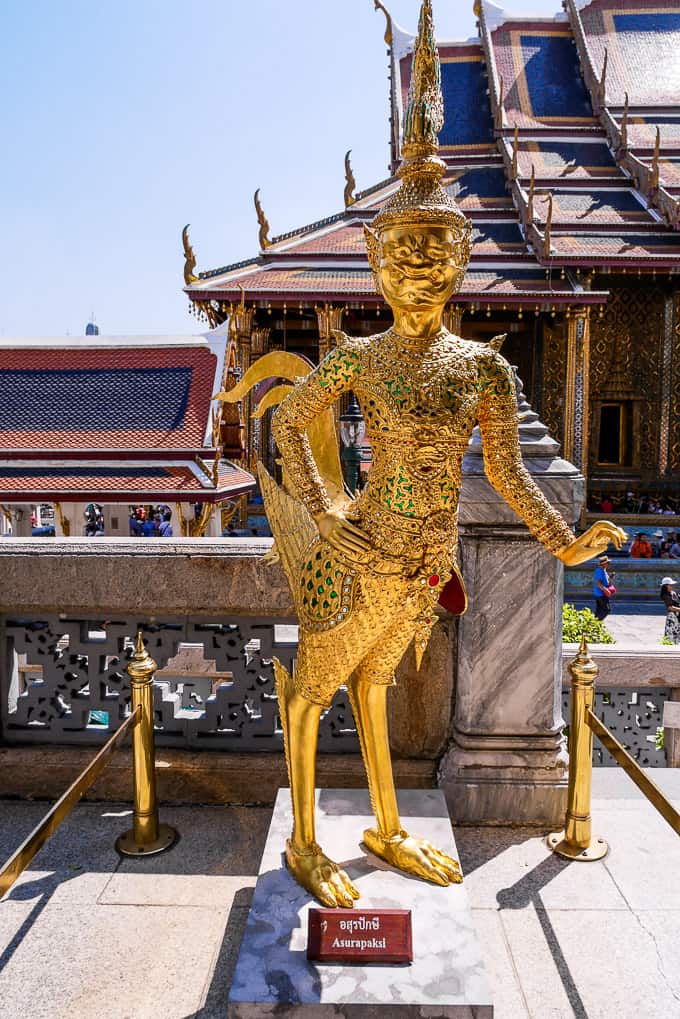 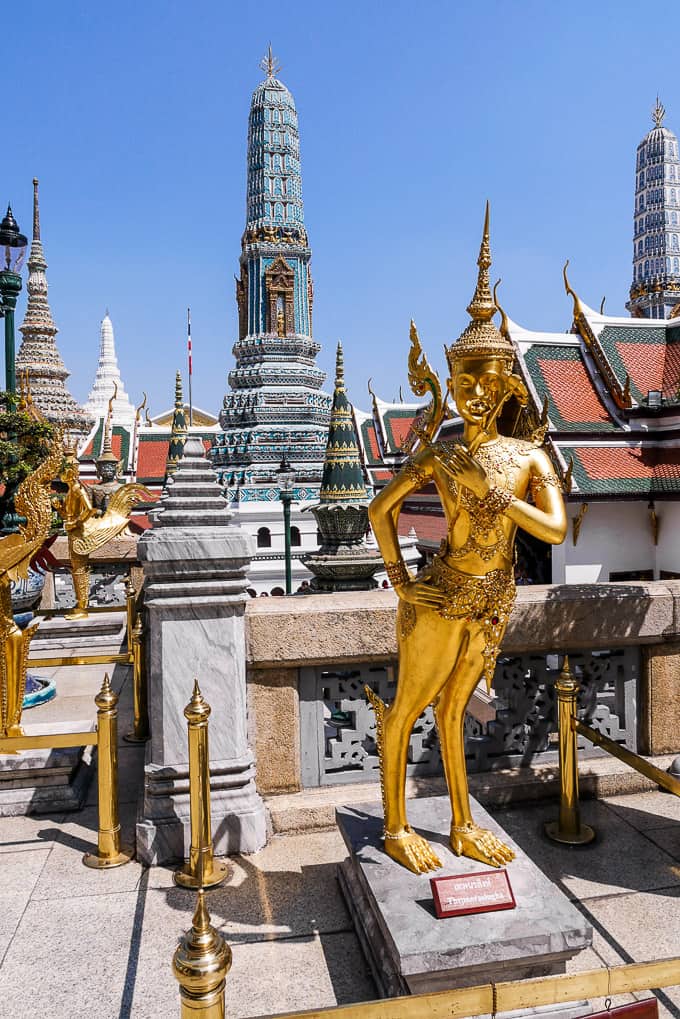 Grand Palace has been the official residence of the Kings of Siam for centuries. 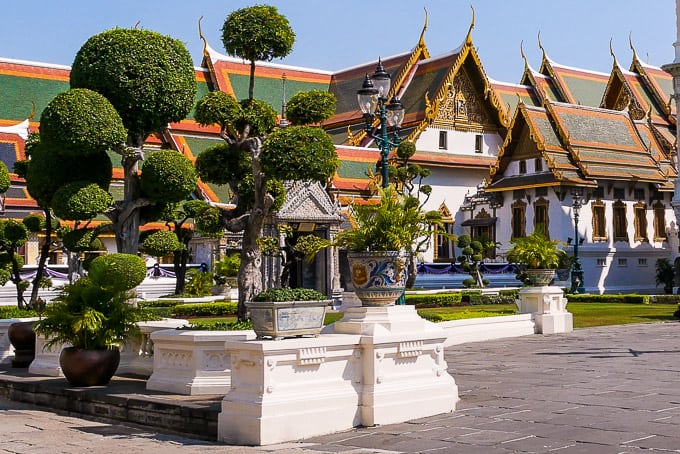 The Phra Maha Montein Group at the Grand Palace, Bangkok

Chakri Maha Prasat is the group of buildings in the Grand Palace, Bangkok.  These buildings feature the traditional Thai architecture combined with the 19th-century European style.  The state functions still take place in these buildings, and they are not open to the public. 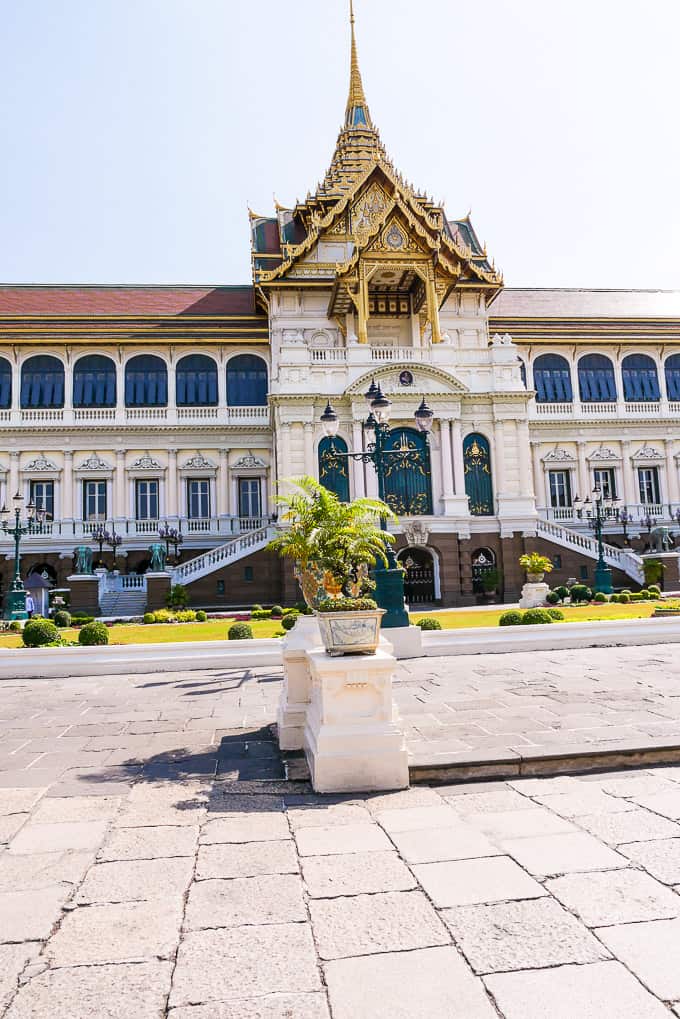 Wat Arun or Wat Arun Ratchawararam is a Buddhist Temple in Bangkok. This temple has existed for centuries and is one of the most recognizable landmarks in Bangkok.

4. Statue of The Golden Buddha

The Golden Buddha statue is housed in Wat Traimit, a temple in Bangkok. The statue is 3 meters high.

Wat Saket (Wat Saket Ratcha Wora Maha Wihan) is a beautiful Buddhist temple in Bangkok. It is also known as the Temple of the Golden Mountain.

Wat Pho (Wat Phra Chetuphon Wimon Mangkhalaram Rajwaramahawihan) is a spectacular temple dating back to the 16th century. Located on Rattanakosin Island in the city of Bangkok, it is also known as the Temple of the Reclining Buddha.

Wat Benchamabophit is a temple famous for its marble pillars and a marble courtyard.  In fact, it is often referred to as The Marble Temple.

The construction started in 1899 and the temple was completed in 1911.

Asiatique The Riverfront is a huge open-air night marketplace in Bangkok.  The mall area has over 1,000 shops and numerous restaurants.  The mall has four districts: Chareonkrung District,  Factory District, Waterfront District, and Town Square District.  One of the most popular spots at Asiatique is the waterfront promenade. 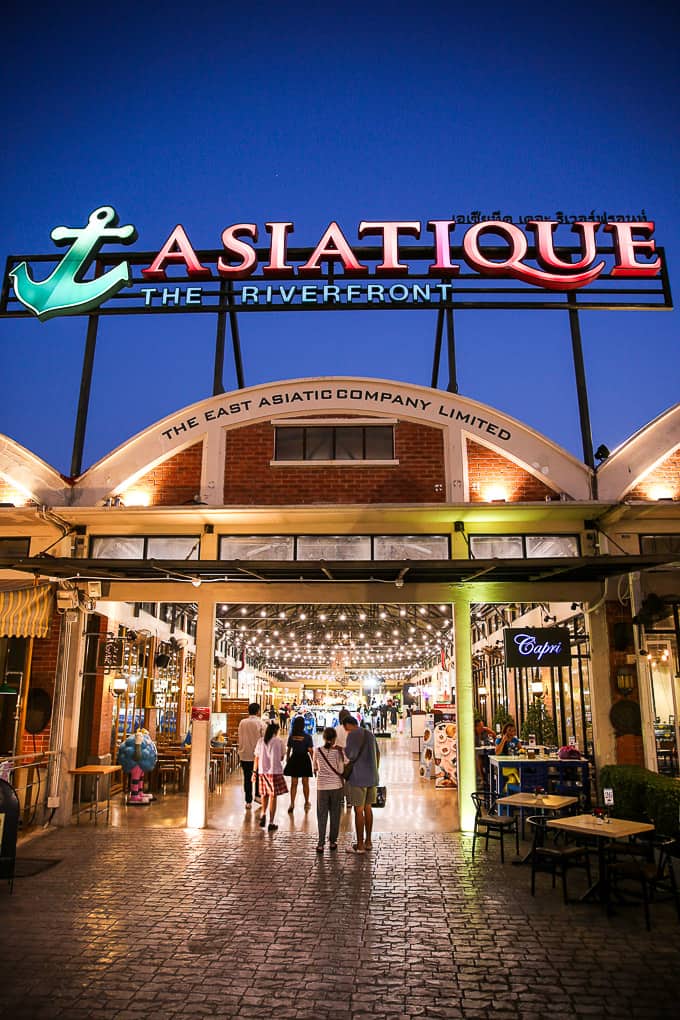 Asiatique, The Riverfront in Bangkok

Riverfront Town Square area is part of the Asiatique The Riverfront marketplace in Bangkok. Town Square is home to many restaurants and bars. 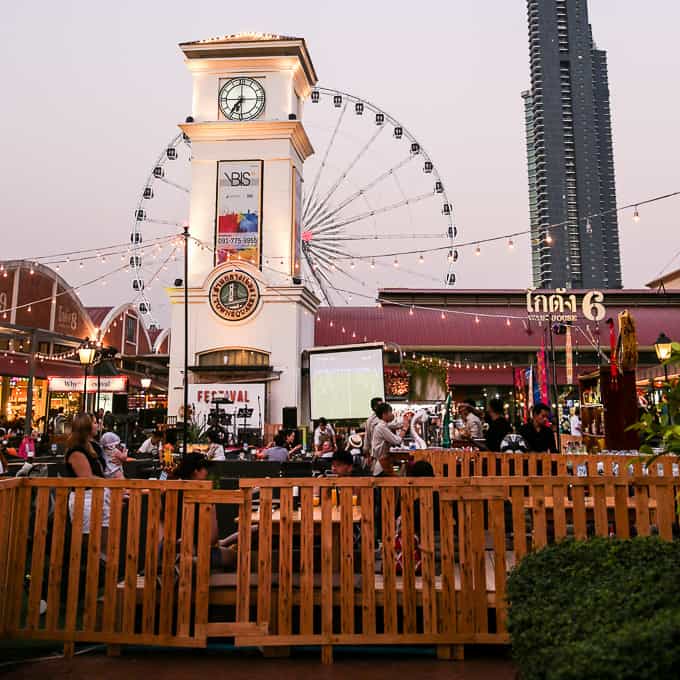 Local markets in Bangkok are some of the most interesting markets in the world.   Many markets sell seafood, meat, fruits and vegetables, dried fruit, nuts, berries, etc.   Some markets sell clothing, shoes, handbags, jewelry.  At others, you can find handicrafts, clothing, souvenirs, wooden furniture, wooden carvings, ceramics, silk, and many other types of merchandise.

If you are not in the shopping mood, it's a great experience to wander through the markets in Bangkok.  It's just fun to walk around and look at what is offered.   Visiting one or several local markets in Bangkok is a must! 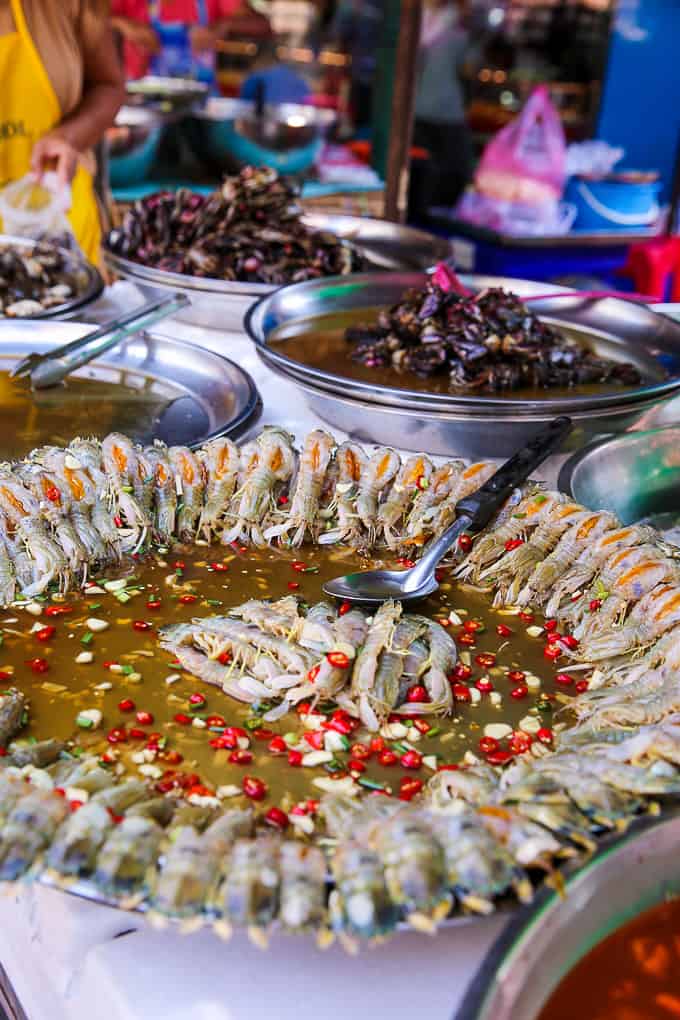 Bangkok is a mesmerizing city that combines ancient temples and shrines with modern architecture. 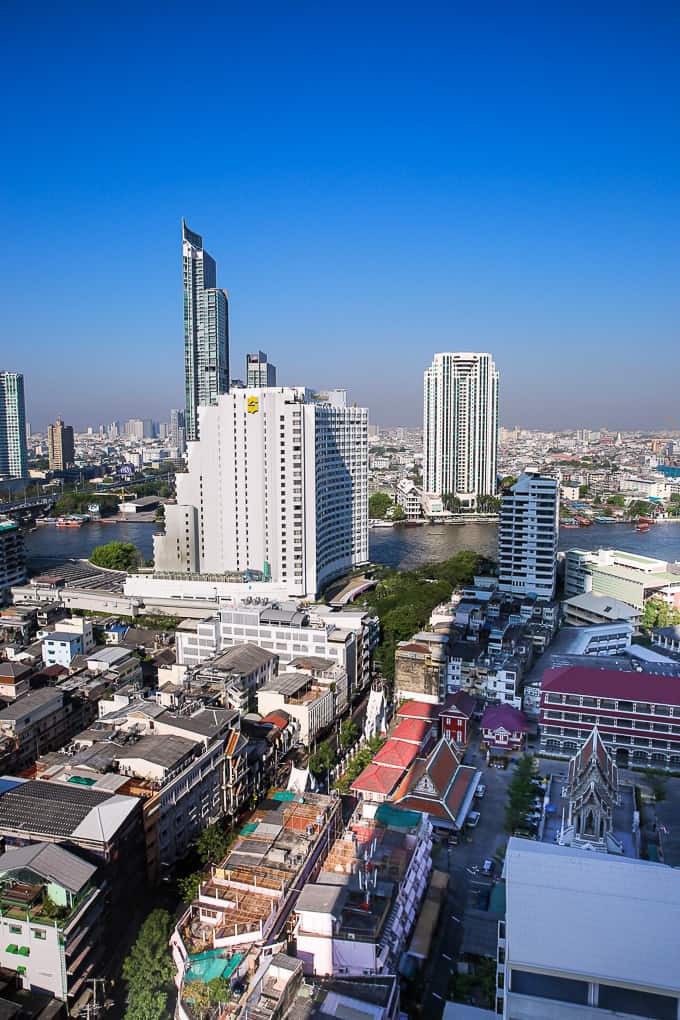 Bangkok is a beautiful city at night, with a stunning skyline. 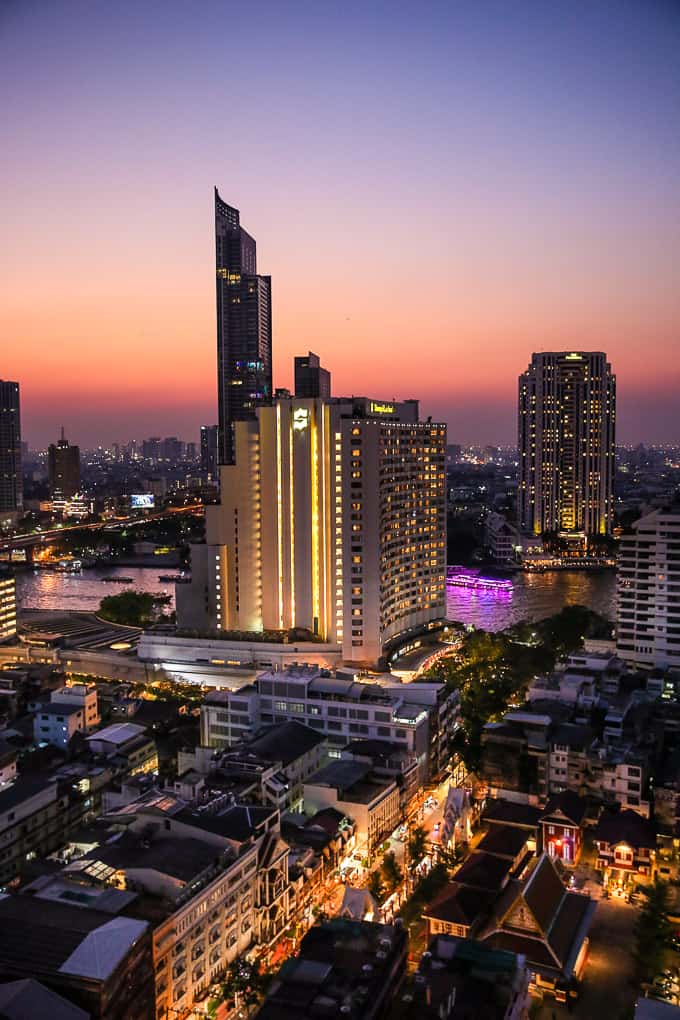 13. Views from the Lebua at State Tower

Lebua at State Tower is an iconic hotel in Bangkok.  The hotel has a famous rooftop bar Sky Bar located on the 63rd floor with spectacular views of Bangkok.  Lebua at State Tower was the filming location of several movie scenes of The Hangover II movie.  The rooms of the hotel also offer breathtaking views of the city. 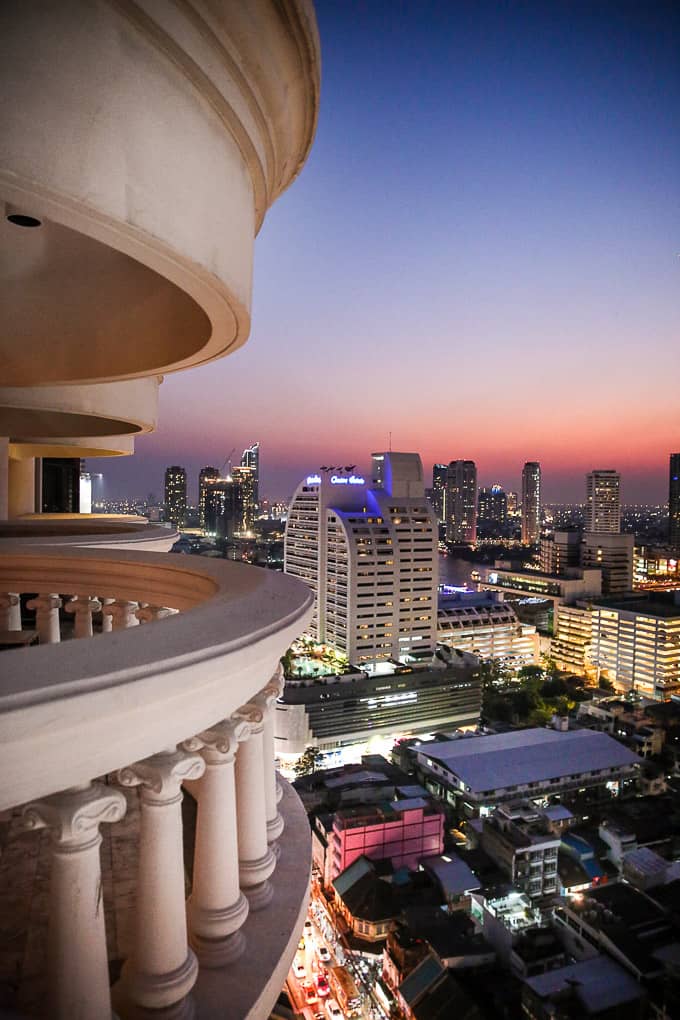 Lumphini Park is a large park established in the 1920s by King Rama VI (the sixth monarch of Siam under the Chakri dynasty). The park is a popular spot for visitors, joggers, and people looking to enjoy open space with lots of trees and shade. There is an artificial lake in the park.

The Chao Phraya River is the major river in Thailand, flowing through Bangkok and into the Gulf of Thailand. Take a boat trip along this scenic river when in Bangkok. There are many convenient boat options and sightseeing cruises. Many of the major city landmarks and sights are easily accessible from various points along this river in Bangkok.   Taking a boat trip is a great way to observe the scenery on the banks of the river.

« Bangkok Skyline at Night
Chateau Eza - High Above The Sea, On The French Riviera »
20 shares