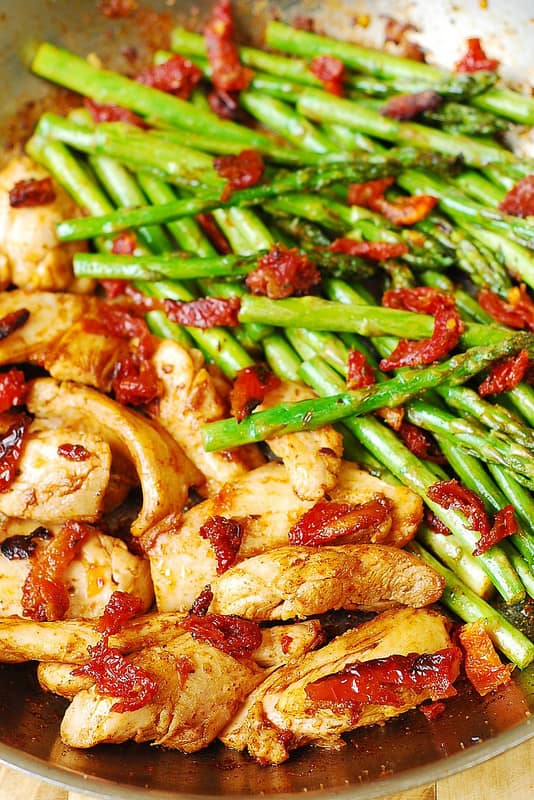 In this recipe, I used boneless, skinless chicken thighs cooked in paprika and sun-dried tomatoes. I loved how the chicken tasted: super flavorful, moist, tender, easy-to-cook and easy on the budget!  Chicken and asparagus go so well together, just take a look at these recipes: One-Pan Pesto Chicken and Veggies and Basil Pesto Chicken, Tortellini, and Veggies. 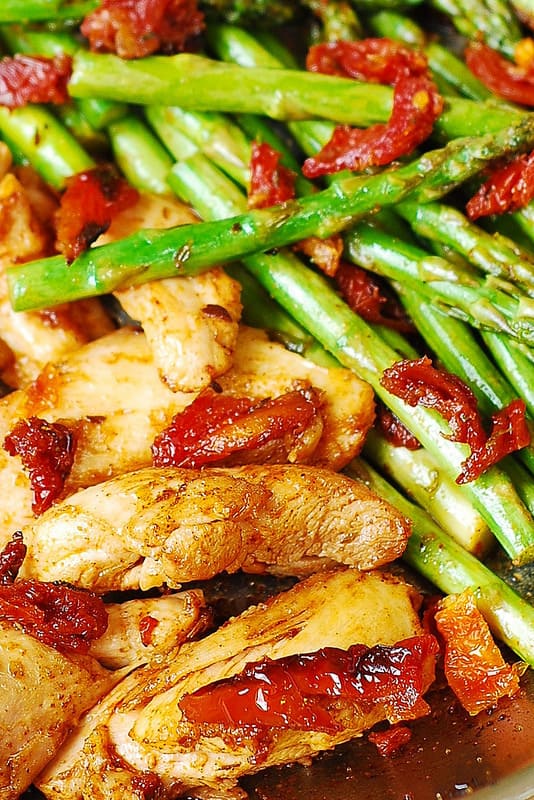 How to cook paprika chicken

The recipe is basically done in 2 easy steps. 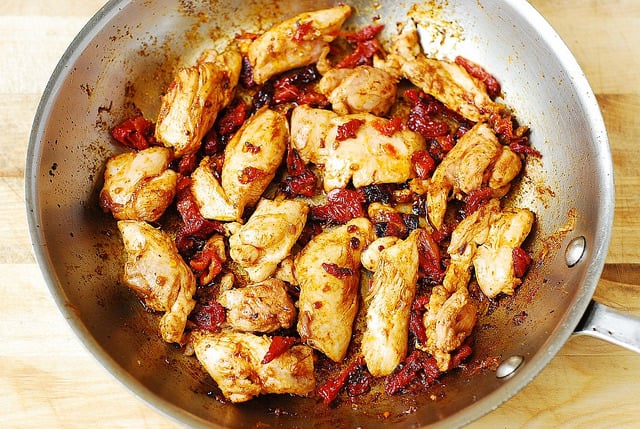 Then, remove the chicken from the skillet, and cook the asparagus (ends trimmed, cut in half) with some more chopped sun-dried tomatoes. Sprinkle some salt over asparagus as you’re cooking it. 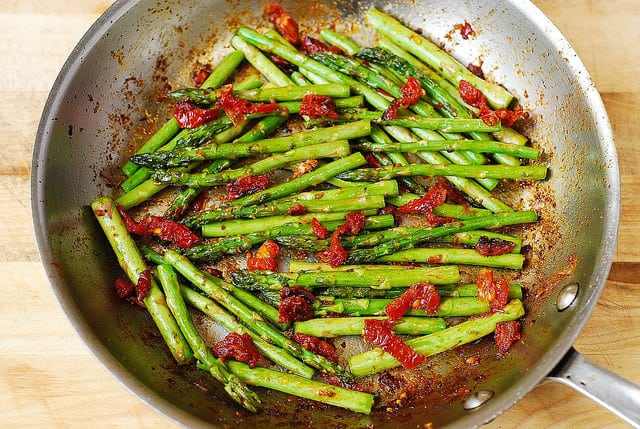 Finally, add the cooked chicken back to the skillet, reheat, and serve. Your Mediterranean dinner is ready. In 30 minutes! 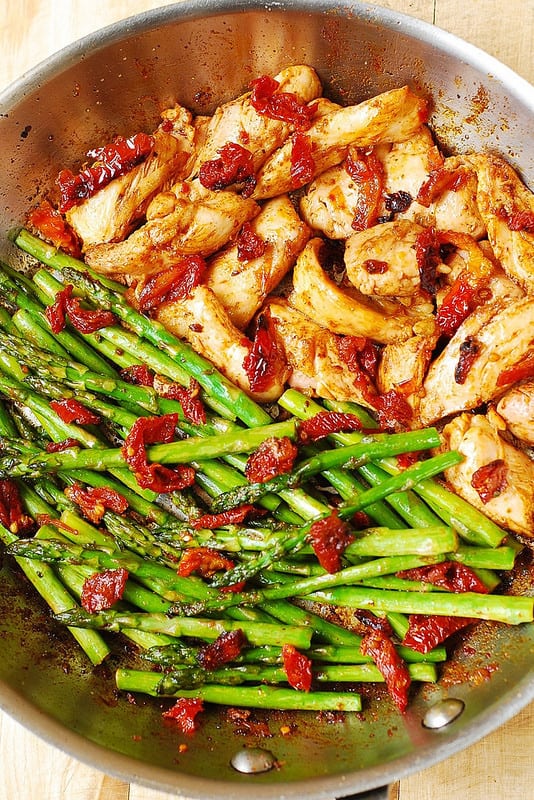 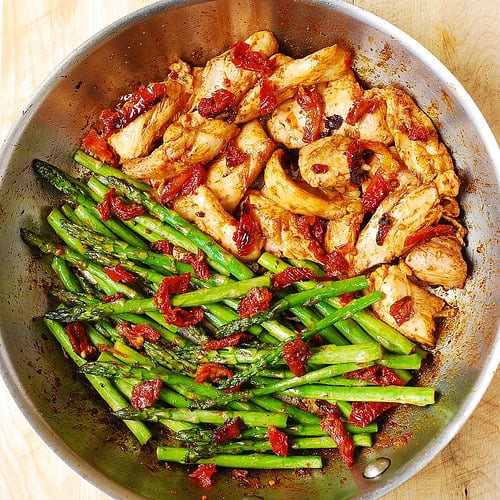 Easy and delicious Mediterranean recipe: skinless, boneless chicken thighs cooked in olive oil with paprika and then tossed with asparagus and sun-dried tomatoes.  Only 30 minutes from start to finish!